Morelos. Morelos, estado (state), central Mexico. It is bordered to the west and north by the state of México and the Federal District, to the east and southeast by the state of Puebla, and to the south and southwest by the state of Guerrero. The capital is Cuernavaca.      It is divided into 36 municipalities and its capital city is Cuernavaca.   Morelos is a landlocked state located in South-Central Mexico. … Mexico City is situated north of Morelos.     The state bears the name Morelos in honor of José María Morelos y Pavón, a hero who fought for Mexico’s independence from Spain.         The Xochicalco archaeological site, located southwest of  Cuernavaca,  features large stone structures begun about 650 A.D. by the Olmeca-Xicallanca, a group of Mayan traders. 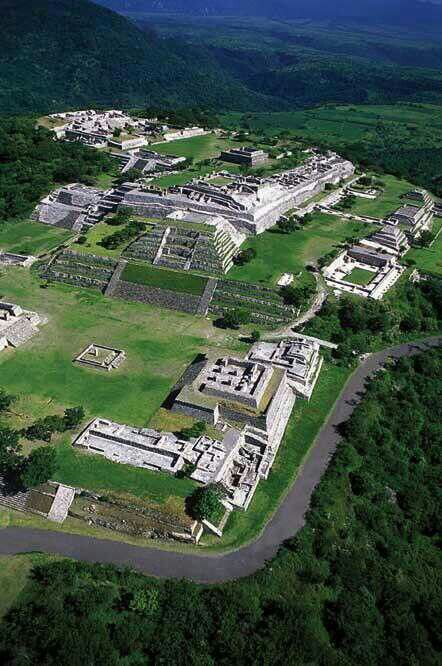 Xochicalco is an exceptionally well-preserved example of a fortified political, religious and commercial centre from the troubled period of 650–900 that followed the break-up of the great Mesoamerican states such as Teotihuacan, Monte Albán, Palenque and Tikal.

Xochicalco is an exceptionally well-preserved example of a fortified political, religious and commercial centre from the troubled period of 650–900 that followed the break-up of the great Mesoamerican states such as Teotihuacan, Monte Albán, Palenque and Tikal. This is a hardly visited by out sider visitors and it’s location makes the visit a real off the beaten track and the journey is just gives more of a closer understanding of how the locals always lived in these remote villages and town.

Xochicalco is an exceptionally well-preserved example of a fortified political, religious and commercial centre from the troubled period of 650–900 that followed the break-up of the great Mesoamerican states such as Teotihuacan, Monte Albán, Palenque and Tikal.

There are three distinct levels to be recognized at Xochicalco. The lower part is encircled by walls, pierced by defended entrances; it contains largely residential buildings. Next comes the intermediate level, the so-called ‘Market Ensemble’, which is the Plaza of the Stele of the Two Glyphs, more residential structures, and the southern ball court, which is the largest at Xochicalco. The latter is reached by a wide causeway, lined by a series of 21 calendar altars, recording the months (and in one case days) of the ceremonial year. Beyond the ball court is a group of structures known as the Palace; residential rooms, kitchens, workshops, and storerooms, along with a temazcal (steam-bath) are ranged around a series of patios.

The highest of the three levels consists of a group of temples and other monumental buildings, probably for use by the ruling class, grouped around the Main Plaza. To the east of the plaza a complex of three structures can be found. The first of these is rectangular in plan and opens onto a patio sunk below the external level; it is accessible only from the roofs of the rooms. The second unit is a large patio closed on three sides by narrow galleries and delimited on the fourth side by three pyramidal platforms. Alongside it is the third element, the east ball court, separated by a monumental ramp paved with stone slabs engraved with images of birds, reptiles, insects and mammals, known as the Ramp of the Animals. The sector to the north of the Main Plaza includes a large rainwater cistern that formed part of a complex water system covering the whole settlement. Beneath this platform the entrance to the caves that were used in the early phases of occupation for quarrying building materials can be found. Later it was modified as an observatory for studying the heavens and for ceremonies. The Main Plaza itself is built on an enormous artificial mound, accessible only through the two defended porticoes. Two pyramidal structures are located in the middle of the plaza. One is the remarkable Pyramid of the Plumed Serpents. The excellent proportions of its sloping base and the projecting panel with a flared cornice give this structure a distinctive appearance. The four facades are sculpted in high relief with representations of enormous plumed serpents, the Quetzalcoatl of Teotihuacan. Their bodies frame seated figures with Maya characteristics, interpreted as priests, rulers, and astronomers. On the projecting panel there are similar seated figures, but less elaborately attired, along with calendar symbols. The cornice is decorated with a ridge of shells. The upper walls of the temple bear figures that have been interpreted as warriors. The Acropolisis built on a 6 m high platform to the west of the Main Plaza. It is formed of a series of buildings laid out on variations of a central patio with lateral rooms. The city was abruptly abandoned after having been sacked in the late 9th century A.D.

Famed as the birthplace of revolutionary hero Emiliano Zapata, Morelos has long been home to Nahua Indians, who still engage in subsistence farming throughout the state. Today, the state of Morelos is densely settled and urbanized, with one-fifth of its population concentrated in the capital city. An extensive network of railways and roads facilitates transportation within the state, and an express highway connects Cuernavaca to Mexico City in the north and the port of Acapulco in the south.

Human settlements in Morelos date back as far as 2000 B.C., when Toltec groups began farming the land. Around 600 A.D., Xichicalco became the region’s largest settlement and, according to some historians, the first society to worship the god Quetzalcóatl, who was regarded as the father of civilization. In the 12th century, the Toltec empire came to an end, allowing other groups to move into the region. During the 14th century, the Tlahuicas dominated the area, but in the late 1420s they were overpowered and absorbed by the Aztec empire, despite fierce resistance.

Although the Aztecs are best known as the inhabitants of the great city of Tenochtitlán and the conquerors of a great Mesoamerican Empire, the term Aztec actually represents a very large population composed of many local ethnic groups, all linked together by a broader Aztec culture and a common language. The Tlahuicas are considered a subgroup of the Náhuatl-speaking Aztec Indians of south central Mexico.

Half a century earlier, scientists collected and preserved samples of maize landraces in Morelos, Mexico. Now, descendants of those farmers were able to get back their ancestral maize seeds and, with them, a piece of their family history.

*
Lazor Technology and Megacities – The results suggest that Central America supported an advanced civilization that was, at its peak some 1,200 years ago, more comparable to sophisticated cultures such as ancient Greece or China than to the scattered and sparsely populated city states that ground-based research had long suggested.