El Mirador is a large pre-Columbian Mayan settlement, located in the north of the modern department of El Petén, Guatemala.   This ancient site was once the thriving capital of the Maya civilization.   There are no real roads and it takes a long time to get to the destination, but it’s worth the effort. This amazing place has been hidden in the sub-tropical forests for centuries. Only jaguars and monkeys were aware of the existence of the stony mountains between the trees.   Called “El Mirador” today (spanish for “the look-out”, but anciently known as the Kan Kingdom), the site was first discovered in 1926. It was photographed from the air in 1930, but the remote site deep in the jungle had little more attention paid to it until Ian Graham spent some time there making the first map of the area in 1962. 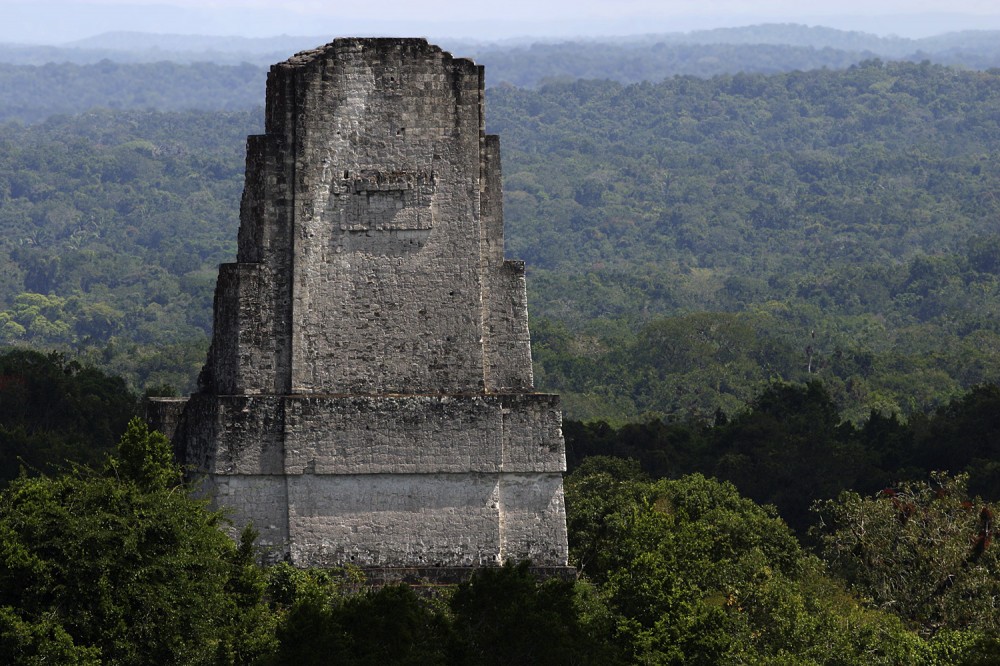 The first full-scale investigations and excavations began in 1978 under the direction of Bruce Dahlin of the Catholic University of America and Ray T. Matheny of Brigham Young University. During these excavations, archaeologists determined that many of the site’s sophisticated Classic-period style structures were dated considerably before the Classic time period of the other better-known monumental centers of the Maya, such as Tikal and Uaxactún.

They had discovered a massive Pre-Classic Maya city that rivaled other Classic period centers in architecture and easily exceeded the size and scope of most other Maya settlements. In fact, it was gigantic, but shrouded in secrecy by the jungle and virtually inaccessible to most travelers but the hardiest of explorers and scientists.

El Mirador: Ancient Pyramids Hidden In The Lost City Of The Maya

When you think of the Maya ruins of Guatemala, you often think of the Great Plaza of Tikal, a city that was thriving between 700 to 800 AD with pyramids and palaces aplenty. The ruins are iconic, being one of the largest archaeological sites of the pre-Columbian Maya civilisation, covering more than 6 square miles and boasting an incredible 3,000 structures. Much like the Mexican site of Teotihuacan, compared to the relatively unknown Great Pyramid of Cholula, the ancient city of Tikal overshadows another superpower of the Maya, the lost city of El Mirador, which is today lost within the dense jungle of Guatemala. El Mirador, thought to be the ancient capital city of the Maya, rose to prominence many centuries before Tikal and flourished between the sixth century BC and the first century AD. As well as being the home of tens of thousands of people, it also had several thousand stone structures, including the tallest structure ever built by the Maya – La Danta Pyramid. Watch this video to learn more about the lost city of the Maya, as well as the thousands more structures that have recently turned up in LiDAR scans of Guatemala. History is being re-written

A set of inscribed panels carved by the ancient Maya people of Central America inspired Dr Neil Brodie of Cambridge University, an expert on the looting of archaeological treasures, and Mayanist Simone Clifford-Jaegar, to mount an expedition to the jungles of Guatemala. Their mission – to find the lost city from which the stone panels came. Archaeologists have been searching for the mysterious place known as Site Q since the 1960s without success. Quest For The Lost City travels down the Usumacinta River, a site well-travelled by experts; and then deep into the jungle where the explorers find a recently discovered ‘lost city’. Here, the mystery of Site Q takes a surprising and revelatory new turn thanks to a sporting hero named ‘Red Turkey’, a map showing two stones in the jungle clearing, and a Museum Director in Maine…

One of the remarkable discoveries about El Mirador is that it is located in the jungle and even when cleared, the land is not typically suitable for agriculture. The Maya had an ingenious solution – importing nutrient-rich mud from the many bajos, or seasonal swamps. This enabled them to turn former jungle into healthy farming land that sustained a large population. As a result, the El Mirador basin was densely populated in the early history of the Maya.

Much of the city has been destroyed or is still overgrown by vegetation. Nonetheless there are many remarkable sights to see in the archaeological complex , including three-dozen pyramid-like structures of various sizes from the Mayan pre-classical period. They pre-date other important pyramids such as the ones at Tikal by centuries. 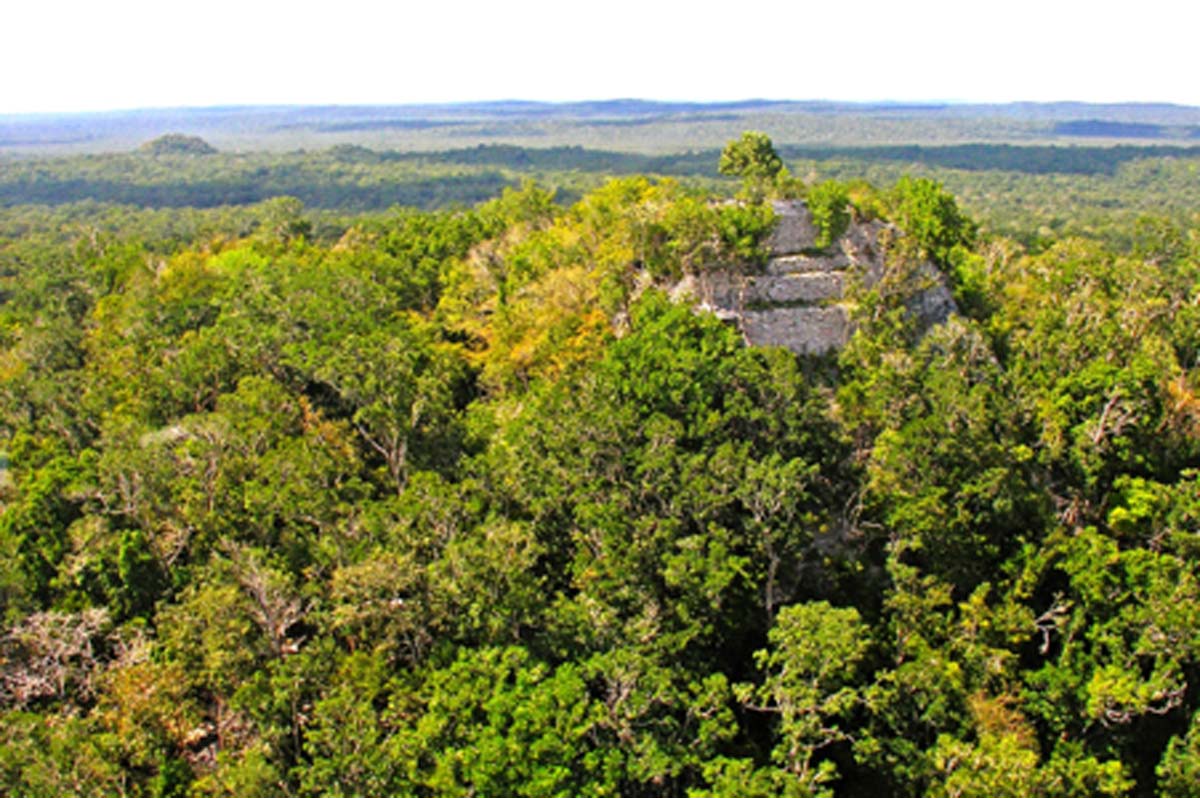 The latest study used lidar to uncover a network of ancient canals and farming fields in the low-lying wetlands of northwestern Belize.  According to previous research, these fields may have held maize, arrowroot, avocado, and other crops, and new dates from the study show that the fields were heavily used between 1,800 and 900 years ago. The researchers discovered four distinct farming networks in the area, one of which was much larger than earlier estimates and another that the scientists hadn’t known existed.

The findings suggest “early and extensive human impacts on the global tropics,” according to professor  Tim Beach  from the University of Texas at Austin and lead author on the  paper published  in the  Proceedings of the National Academy of Sciences of the United States of America . The researchers hypothesize that cultivating the wetlands for farming could have caused carbon dioxide and methane emissions and may be one source of early greenhouse gas emissions from humans.
* 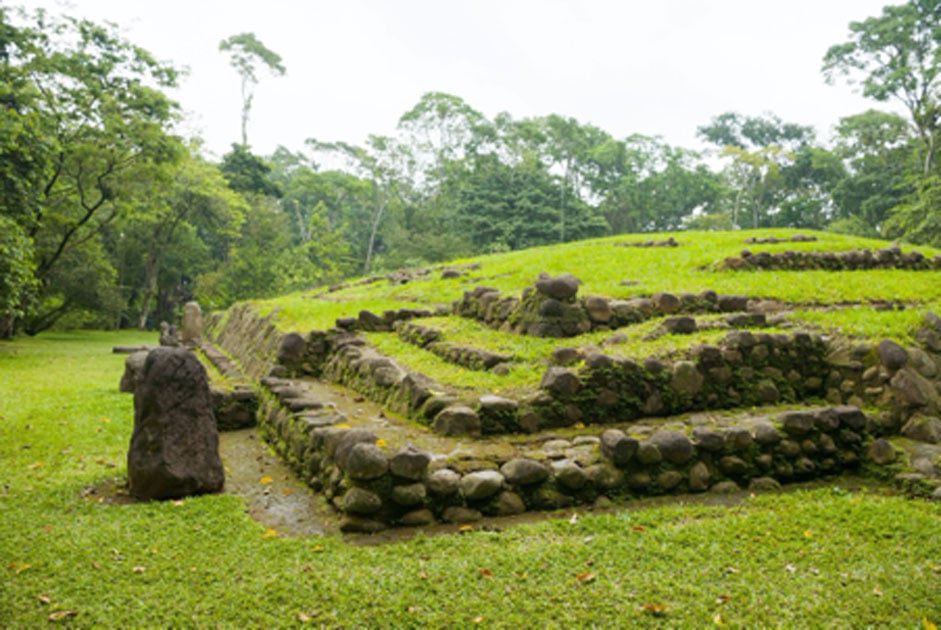