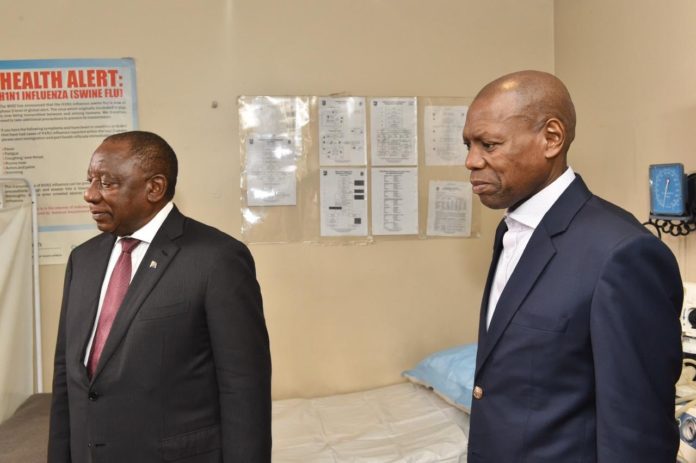 What does a “national state of disaster” actually mean?

Section 27 of the Disaster Management Act allows Minister Nkosazana Dlamini-Zuma (the minister designated by the president) to declare a “national state of disaster” if other laws are not adequate to deal with it effectively. The Act also allows the government — under section 27(2) — to make regulations to swiftly authorise the release of resources and personnel to help to deal with the disaster.

Regulations may also be passed to control the movement of people to and from the “disaster-stricken area or threatened area”. There is also a catch-all power, allowing the government to take “other steps that may be necessary to prevent an escalation of the disaster, or to alleviate, contain and minimise the effects of the disaster”.

However, the Act says that these powers given to government may be used as far as is necessary to assist, protect and give relief to the public, protect property, prevent disruption and deal with the effects of the disaster.
Unlike a state of emergency, the declaration of a disaster does not need to be passed by an Act of Parliament. It also lasts longer: a state of emergency lasts 21 days but under the Disaster Management Act, a national state of disaster lapses three months after it has been declared, and the minister may extend or shorten it by notice in the Government Gazette. – Franny Rabkin

When do you need medical attention?

The NICD has advised that if a person develops symptoms of Covid-19, and they have reason to believe they have been in contact with someone who has the virus, they are to self-isolate immediately and implement measures to prevent transmission.   “In cases where it is difficult to assess the onset of symptoms, for example in young children or the elderly, self-quarantine for 14 days after return from international travel may be considered as a precautionary measure, the NICD’s website notes.    “In instances where the risk to life and livelihood is considered high, institutions or companies may consider asking persons to self-quarantine for a period of 14 days.”

A toll-free public hotline (0800 029 999) has also been set up for people who feel sick with a fever, cough or have difficulty breathing.

Public sector testing is free of charge.   According to the NICD, treatment is supportive, because there is no specific antiviral treatment available. Antibiotics do not treat viral infections, but they may be required if a bacterial secondary infection develops.

This is why it is important to stay more than one metre away from a person who is sick, the organisation advises.

WHO lists a number of measures that can be taken to reduce your risk of infection. These include:

People who are infected may show no symptoms, so it is advised that people avoid crowds during the outbreak.

LIVE: Our guide to the coronavirus outbreak in South Africa

South Africa has closed the majority of its border posts following an increase in infections in the country.   President Cyril Ramaphosa announced control measures for the viral outbreak on Sunday evening and also revealed that the number of people infected by the virus in South Africa has risen to 61.