It is reported on 22 January 2020 that the deadly Wuhan coronavirus, officially called 2019-nCoV, has killed 17 people and infected at least 554 others in China as of Wednesday. The US confirmed its first case, a man in his 30s in Washington state who had visited China.    Scientists are still scrambling to fully understand the virus, which they confirmed this week could be passed from human to human.    The Centres for Disease Control and Prevention (CDC) has released guidance for healthcare professionals on the symptoms of the virus. 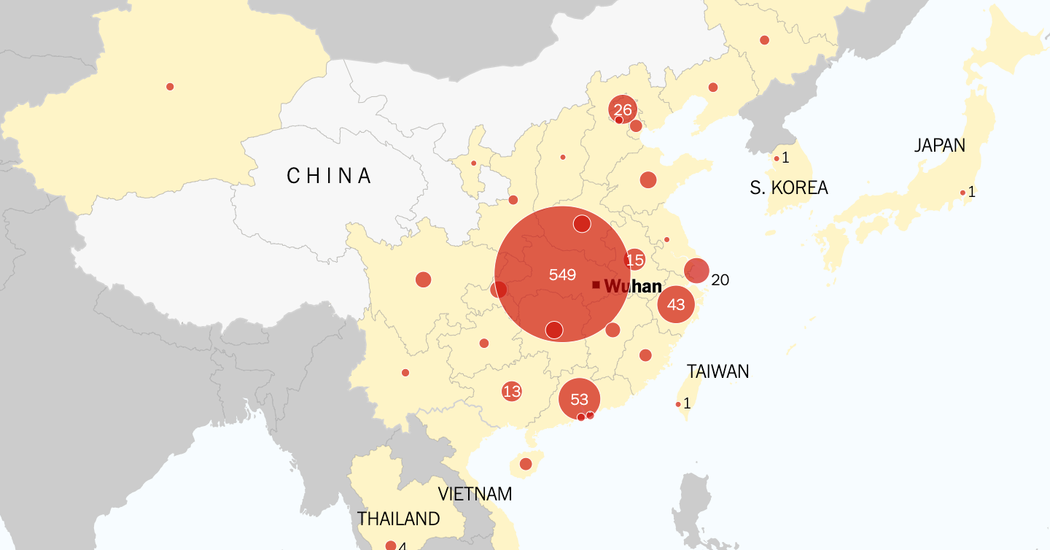 Symptoms – The virus causes fever as well as respiratory symptoms: dry cough, difficulty breathing. It can also cause diarrhea and body aches. Symptoms in severe cases include pneumonia, kidney failure and even death, according to the World Health Organization.

What to look out for

According to the CDC, a person could be at risk if they have:

The agency said close contact could include “caring for, living with, visiting, or sharing a health care waiting area or room” with a person with the virus.

The CDC said that if you have travelled to Wuhan recently and feel any of these symptoms, you should “seek medical care right away,” call ahead to tell your doctor about your travel and symptoms, and avoid contact with other people.

People in the US who meet these criteria should be evaluated for the virus and their case reported to their state health department, it added.

Who is at most risk?

Coronaviruses like 2019-nCoV are particularly dangerous for people who have weaker immune systems, like young children and older adults.

There are no vaccines to protect people from contracting a coronavirus. Pets are also at risk of catching coronaviruses, which can lead to disease and even death.

The source of the Wuhan virus outbreak was identified as a market that sold seafood and live animals like wolves and civet cats. The Chinese government closed the market on January 1.

How to protect yourself

Here are the CDC’s and other healthcare experts’ suggestions for how to protect yourself from the virus while travelling:

The World Health Organisation is set to hold an emergency meeting on Wednesday on whether to declare the outbreak a global health emergency.

This article was originally published by Business Insider.

Chinese officials have suspended travel from the epicenter of the new coronavirus as the Lunar New Year travel season kicks into high gear.

Wuhan, China’s seventh-largest city, will be under effective quarantine from 10 a.m. Chinese time on Thursday, the government has announced (link in Chinese). The move is an attempt to contain the Wuhan coronavirus, which causes pneumonia and has spread with worrying speed. Buses, train, and flights out of the city will be canceled, and the city’s 11 million people have been told not to travel without special reason. The quarantine goes into effect as the Lunar New Year travel season kicks off, raising fears of contagion.

The scale of the virus, first reported on Dec. 31, is growing, as shown below. Today, Chinese official figures confirmed 544 cases and 17 deaths, and the numbers are rising daily. In China, that could be the tip of the iceberg: The virus appears to have a long incubation period—eight to 10 days—and has likely spread further. Several deaths from pneumonia appear to have gone officially uncounted, dismissed as the flu. Five other countries, including the United States, have reported cases—all individuals traveling from central China.

Wuhan Is Going Under Quarantine 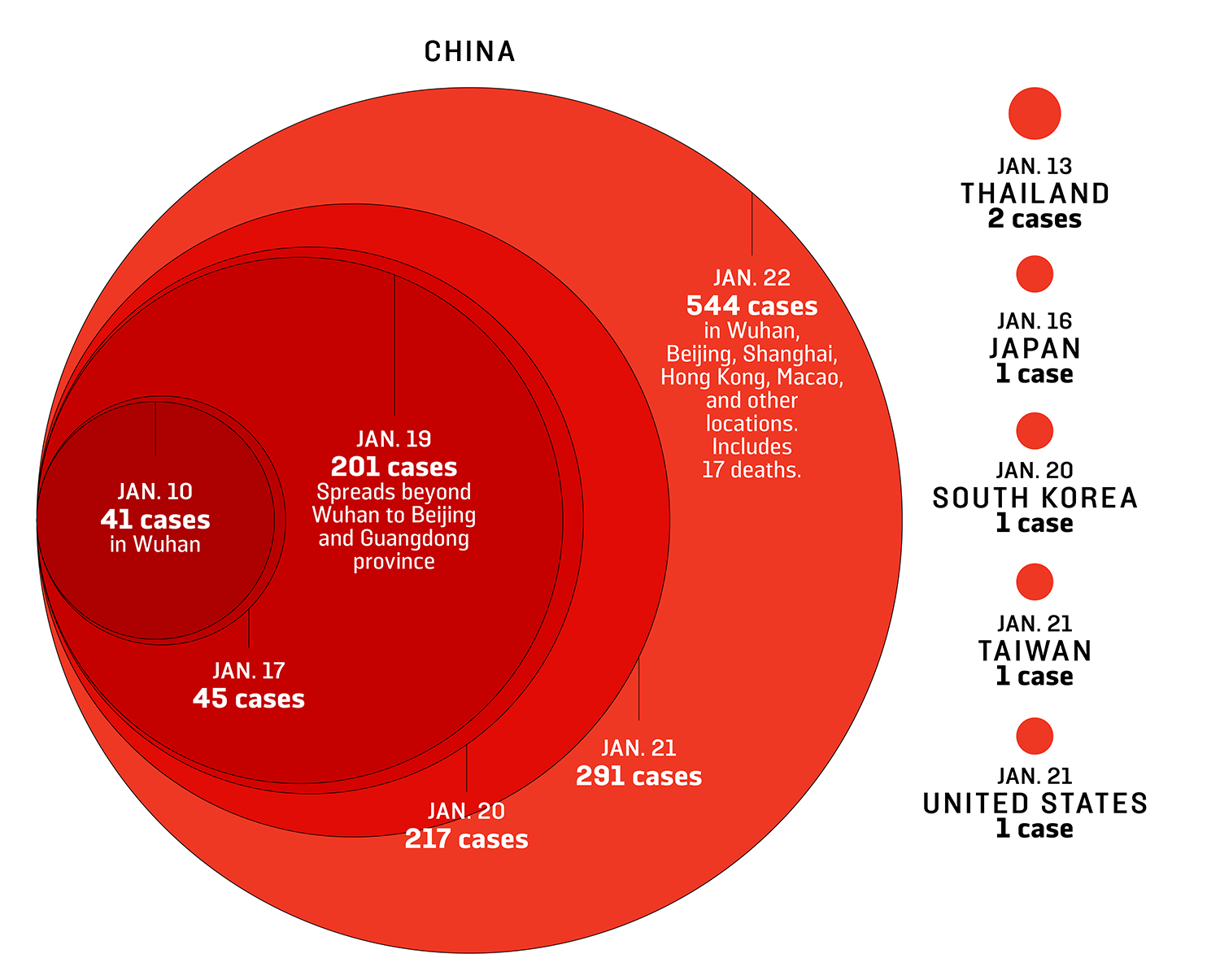 The Guardian’s health editor, Sarah Boseley, answers some of the most common and pressing questions surrounding the recent coronavirus outbreak in Wuhan, China.

The Australian Government is advising anyone travelling to China to reconsider any need to travel to Wuhan city. Authorities there are scrambling to stop the spread of the deadly coronavirus. Over the past 24 hours, the death toll has nearly doubled to 17. More than 500 cases have been confirmed. Meanwhile, the New South Wales Health Department is investigating one suspected case of the new coronavirus. Chinese authorities have now shut down all outbound flights and trains from Wuhan, to try to contain the virus. Our china crew had just arrived in Wuhan when the news of the transport lockdown broke. Cameraman Brant Cumming and correspondent Bill Birtles then joined the rush to leave as Bill explains from Shanghai airport. One of the last flights to leave Wuhan has landed at Sydney airport from where Liv Casben begins our coverage.

The Chinese city of Wuhan, the source of an outbreak of a new flu-like virus, is closing its transport networks and has advised citizens not to leave the city as the death toll rose steeply overnight. Hospitals in Wuhan are reportedly dealing with huge numbers of sick patients, raising fears the new coronavirus is spreading faster than official reports suggest. Bus, subway, ferry and long-distance passenger transportation networks will be suspended from 10am (local time), and the airport and train stations will be closed to outgoing passengers, state TV said.

Can you verify if it’s right next to the lake which supplies water to the whole city! https://t.co/mYYoMSAPY9