Gun Free South Africa (GFSA) was founded in 1995 by Bishop Peter Storey. Their initial aims were to “reduce gun-related violence” in South Africa. They were fundamental to the creation of the Firearms Control Act of 2000, which became law in mid-2004. They claim to represent the voice of the “unarmed majority” against the machinations of the so-called “gun lobby”. 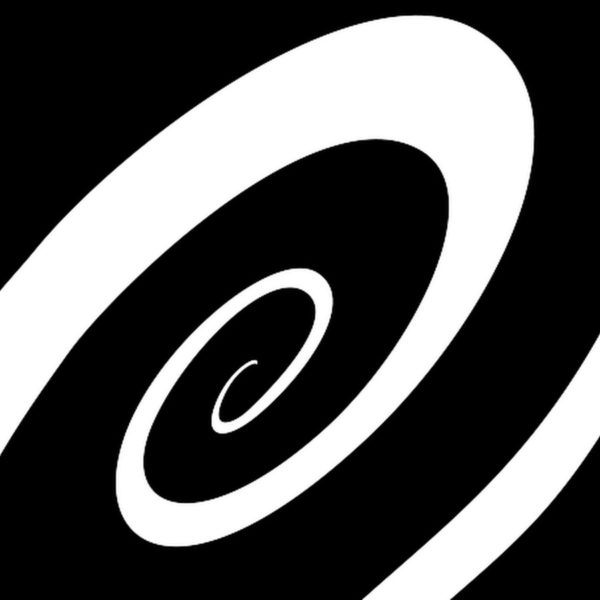 There are various groups of political parties and also sponsors involved in this building.  More sponsors than you can think, involved in this small country with so much minerals to take away.    The main building and the website will tell their own story of what it is about and who the government received money from … communists like George Soros do have a huge impact on our communities and even revolutions that take place here.
Suid-Afrika Parlement /South Africa Parliament

Parliament said the amendment of the Constitution to allow for land expropriation without compensation will happen whether people are opposed to it or not.
Grondwet SA Constitution

BACK AT THE FIRE ARMS AND “GUN FREE” – SOROS

Article done during December 2017 by Paratus.

Gun Free South Africa is an enigmatic entity. They are a registered non-profit organisation, and they have an extensive board of directors with varied backgrounds. So far, so normal for an NGO. When one starts looking into their financing, and the activities of their board members, things become considerably more intriguing.

A major GFSA policy position is their allegation that civilians are the most important source of guns for criminals. They therefore argue for the severe curtailment and restriction of civilian firearm ownership. Although they do not explicitly state their ultimate aim of an entirely gun-free South Africa, it does not require extensive mental gymnastics to reach such a conclusion. GFSA also claim that they enjoy widespread public support. I have been unable to find any evidence in support of this assertion, and it seems GFSA infer that they are acting on behalf of people who have never canvassed for them.

GFSA, Corruption Watch, Sonke Gender Justice, and the ISS are all beneficiaries of a common charity: the Open Society Foundation of South Africa (OSF-SA).

The OSF-SA is affiliated with the Open Society Foundations (OSF), which is headquartered in New York. Billionaire George Soros founded the OSF in 1993, and it has presence in over 100 countries worldwide.

A collaboration between a diverse group of individuals in pursuit of a common goal is not an unexpected observation. This is after all the very nature of an NGO. But it is telling that so many of the organisations associated with GFSA board members are OSF-SA beneficiaries. Again, it may be purely coincidental that this is the case, but it is highly unlikely. As we will see, the Gun Free South Africa has deep ties with the OSF.

Additionally, Natalie Jaynes, who is the former National Director of GFSA (a position she held for 7 months), is the current Director of Learning and Grant Making at the OSF in New York. So, here is another GFSA director who is not only linked to the OSF, but who actually holds a fairly prominent leadership position within the structures of that charity.

Gun Free South Africa – Who are they and what are their aims?

Donors who support GFSA and its projects

The Southern Africa Trust made only one donation to GFSA ever, which was $116 000 in 2006. They have made no further subsequent  donations.

The Joseph Rowntree Charitable Trust have also not made any explicit donations to GFSA since 2012, and likely not since long before even then.

During 2010 and 2011 several organisations donated to GFSA, including the Gauteng Department of Community Safety and the Embassy of Finland.

The 2014 and 2015 financial years also provided an interesting array of donors. The annual report states as follows: “This includes financial support from the Open Society Foundation for South Africa and GFSA’s anonymous benefactor, as well as donations by Y&R Advertising, Read Hope Phillips, Howard Varney…”

Now, the infamous “If your stolen gun was there, so were you” advertisement was developed for GFSA (allegedly pro bono) by Y&R Advertising in 2014 or 2015. This represents a significant financial commitment. It therefore serves to explain part of the sizeable spike in reported donations GFSA received in the applicable financial years.

Read Hope Phillips not only donated to GFSA, but also acted as their legal representation against SAGA (SA Gunowners Association). The latter took GFSA to task via the Advertising Standards Authority over the aforementioned Y&R advertisement. As of 1 November 2016, Read Hope Phillips were fully acquired by PwC, and ceased to exist.

Howard Varney is a senior program adviser with International Center for Transitional Justice (ICTJ). The ICTJ receives financial support from the Foundation to Promote Open Society, Open Society Institute Budapest Foundation, and Open Society Initiative for Eastern Africa. All three of these organisations are part of the Open Society Foundation, so again we have an OSF connection to a GFSA beneficiary. Mr. Varney wrote an extensive paper for the Open Society Georgia Foundation on behalf of the ICTJ, which was published in February 2017. It is unclear how much he donated to GFSA during 2014 and 2015. But he is clearly no stranger to the OSF and its beneficiaries.

Large donations they received during 2014 and 2015, GFSA’s income stream isn’t that impressive when compared with other OSF-affiliated recipients:

In November 2015 the Russian Federation added two OSF groups to a list of “undesirable foreign organisations”, effectively banning them. The reason for the ban? The Russians considered the OSF organisations as “a threat to the foundations of Russia’s Constitutional order and national security”. Earlier this year the Hungarian government also initiated a crack-down (but not a ban) on the OSF and other Soros-funded NGOs. Finally, in November 2016 leaked emails connected a Soros-funded charity in Malaysia with possible election interference.

Researched and written by Gideon Joubert.

Gun Free South Africa – Who are they and what are their aims?

Article and Interview on 13 July 2018 by John Crump

Both groups are fighting back against George Soros funded anti-gun groups. I was surprised to find Soros was pushing anti-gun legislation in South Africa, but he is known to push his leftist agenda in countries around the world.

I have written about South Africa in the past, and its Draconian gun laws. To own a gun in South Africa, you need to have a license. Under the old law, the firearms license never expired. Under the new Firearms Control Act that all changed.

The gun owner must renew his firearms license every five years. If a gun owner does not renew his/her license with an at least 90 days of the expiration date, the license becomes forfeited. The previously legal guns that the gun owner has in their possession have to be turned in to the nearest police station for destruction. There is no grandfather clause.

Gun groups appealed this law to the South African Constitutional Court, which is equivalent to the US Supreme Court. The Court ruled that gun ownership is not a right. According to the court, gun ownership is a privilege which can be regulated by the state in any way it sees fit.

Not only is the government becoming more totalitarian on guns, but it is also seizing farmland from white farmers without compensation. Could the disarming of the populace be just one more step in controlling the people?

Interview with Paul Oxley, who is the Chairman of GOSA. Paul was a founder of SAGA in the 1980’s. He has a lifetime experience of fighting for gun rights in South Africa, and this is what he has to say.
.

John: What is Gunowners SA?

Paul: Gunowners SA (GOSA) is a non-profit membership-driven organization of some 42 000 concerned South African gun owners (with a sprinkling of international friends). Our stated objective can be summarized as: To strive for a sane licensing regime.

John: As I have written about in the past, gun rights are under attack in South Africa where it is considered a privilege and not a right. There seems to be a lot of people that think the government is trying to disarm the people to impose even more draconian laws. Do you buy into that, or is this just about guns

In the early days of the change of government in South Africa, the now-ruling ANC stated that once they came to power there would be no firearms in private hands in South Africa. Their plans haven’t worked out too well for them.

The facts are that there are now more private firearm owners owning more firearms than ever before in South Africa’s history.

Does this scare the government? I’m sure it does.

John: The South African Constitutional Court ruled that gun ownership was not a fundamental right under SA’s Bill of Rights‚ but a privilege regulated by the act. Was this ruling a surprise?

Paul: This has long been the opinion of the South African government… from way back in the early days of the Union of South Africa. Her Majesty did not approve of Her subjects being armed… I believe you lot have some experience of that?

John: The old firearms license was supposed never to expire. The court ruling changed that by basically nullify the old license. The new license only lasts five years and has to be renewed 90 days before it expires or it is forfeited. What was the reason given for changing the law?

Paul: The firearm licenses granted under the Arms and Ammunition Act were lifetime licenses. In 2004 the government, at the urging of the George Soros-sponsored GunFree SA and in the image of the Canadian Long-gun Registry [which has failed miserably] set about crafting their idea of the People’s Utopia where only the people they liked should have guns. The official party line was that the old Act wasn’t tight enough, and so they replaced it with an Act which is poorly thought-out and impossible to implement… and at a HUGE cost to the tax-payer.