Emerging liquefied natural gas (LNG) and helium producer Renergen has signed a $40-million loan agreement with the Overseas Private Investment Corporation (OPIC), marking a significant milestone for the company, which recently listed on the ASX.    The loan,  was originally announced earlier on but was subject to execution of the full loan agreement prior to its proceeds becoming available for the Virginia gas project.   It now provides Renergen with access to the required capital to build the first phase of its Virginia gas project, in the Free State, thereby providing greater certainty of the project’s anticipated production in the first half of 2021. 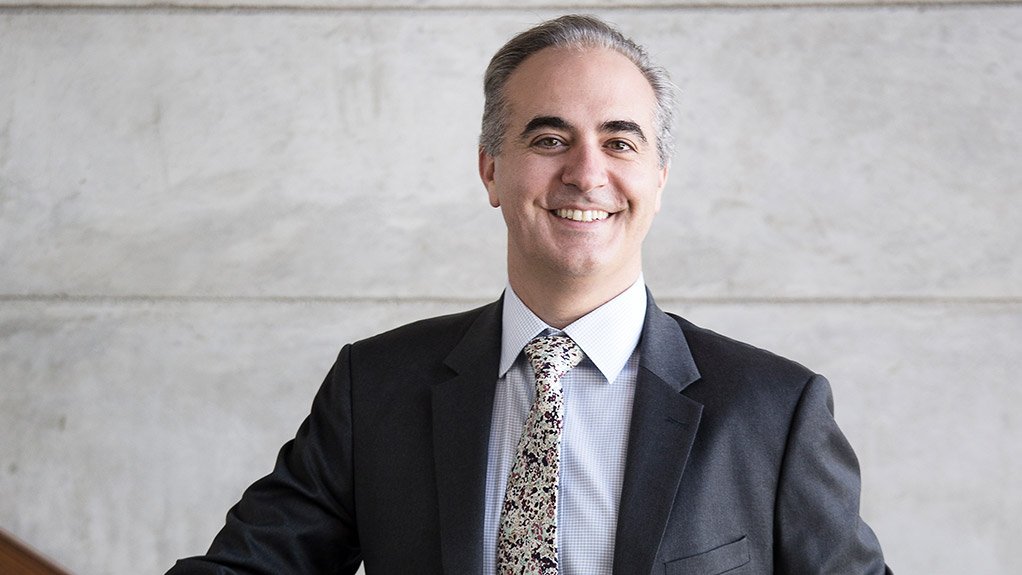 Engineering news stated that the $18-million, will be spent on ordering the helium and LNG liquefiers, Renergen .   The balance of the funds will be drawn down early in 2020 and will be allocated for the construction of the gas gathering network, as well as the balance of plants and utilities to support the operation.  The loan has a 12-year term, with a grace period before principle is due of just less than three years, thus taking into consideration the construction and commissioning time, the company says.

Commenting on the agreement, the CEO Marani says that, with significant helium supply shortages forecasted, and the increasing importance of securing helium, the approved loan is a major endorsement of the project by the US government.     OPIC structured finance VP Tracey Webb, meanwhile, notes that “OPIC is pleased to partner with Renergen and provide financing to support private-sector-led economic development in South Africa, expand trade and commercial ties between the US and Africa, and ultimately increase the global supply of helium”.

The signing of the loan agreement follows the announcement of the appointment of EPCM Holdings subsidiary EPCM Bonisana as the engineering, procurement and construction contractor to start construction of the Virginia gas project.

The contractor will be responsible for building the gas gathering system that will connect the gas wells for the project.

The gas gathering system is a critical component of the project, as it will reticulate all the gas to a centralised point for processing, before the LNG and helium is sold to customers.

To be developed over two phases, the first phase will see the reticulation of the 12 existing wells, along with several new wells to be drilled in the coming months. This will result in the production of about 2 700 GJ of LNG and 350 kg of liquid helium a day, starting in 2021.

Renergen will produce up to 10 000 GJ of LNG a day on reaching full production. This amount of energy is equivalent to 277 000 ℓ of diesel a day.

Renergen is compelled to comply with the carbon tax and pays it in the production of the LNG, like every other business, says Marani, adding that carbon tax is not levied on LNG when used as a fuel, thereby adding to its competitiveness over diesel.

EPCM Holdings is an Engineering and Contracting experts operating in various Energy Infrastructure Sectors, offering a full range of Services.    From our corporate headquarters in Pretoria, South Africa, we run a global team of over 150 Engineers, Project Managers, Construction & Fabrication Specialists and support staff. We are currently active in Africa, South-East Asia, Central America, Carribean Islands and the USA.
https://epcmholdings.com/about-us/

Experienced Mechanical Engineer with a demonstrated history of working in industrial and commercial industries, particularly in the steel and automotive manufacturing environments. Successfully implemented various projects to assist with the operation and maintainability of plant and equipment. Skilled in AutoCAD, Computer-Aided Design (CAD), RCM, Facility Management (FM), and Reliability Engineering. Strong management experience with a B.Eng (Mechanical) degree obtained from University of Johannesburg.https://za.linkedin.com/in/ebrahim-patel-80292b13

Emerging domestic natural gas and helium producer Renergen has reached its final milestone, before construction starts on its flagship Virginia gas project, in the Free State.     The milestone sees the company awarding equipment supplier  Western  Shell  Cryogenic Equipment (WSCE) a contract to supply the  technology  and  equipment for the plant alongside the project’s engineering, procurement and construction contractor EPCM Bonisana.

EPCM Bonisana will install the pipeline and manage the interface between the two installations.

The plant is expected to be operational within the first half of 2021 and is expected to produce up to 2 700 GJ/d of liquefied natural gas (LNG) and 350 kg/d of liquid helium.

This will make the plant the first commercial LNG facility in the country.

The plant will also be modularised and constructed in sizes of standard shipping containers for ease of transport and installation on site.

A statement was made on 14 March 2018 that a mining company has unexpectedly found helium concentrations in the Free State much, much higher than those elsewhere in the world.        Its output in 2019 was already due to satisfy South Africa’s helium need for MRI machines and underwater breathing, but its new numbers promise to shake up the world.   Helium is amazingly difficult to extract and bottle, and impossible to store, while it is also critical in all kinds of industries.
Free State could be producing 5% of the world’s helium soon

A Chinese company received a contract to help establish the first commercial Liquefied Natural Gas (LNG) facility in the country.    A local group, Renergen  announced on 29 October 2019 that Western Shell Cryogenic Equipment (WSCE) of China will be involved in establishing the Virginia Gas Project, which will produce LNG and liquid helium.  According to the company, the natural gas at the Free State field contains one of the richest helium concentrations recorded globally. The natural gas is also very pure with an average of over 90% methane.
Freestate – Virginia Gas Project – Chinese