It’s day one of the  2019 World Economic Forum and it’s already marred by protests.   Police fired stun grenades and water cannons at protesters.   The protesters demanded to be addressed by President Cyril Ramaphosa.
Scores of women demonstrated against South Africa’s “femicide epidemic” as the World Economic Forum on Africa kicks off in Cape Town on Wednesday (Sept 4), amid growing alarm over gender violence in the country.   Some 500 demonstrators – mainly young women – gathered in front of the conference venue, where government and business leaders are gathered for the three day meeting, with in an effort to draw attention to recent high-profile rapes and killings. 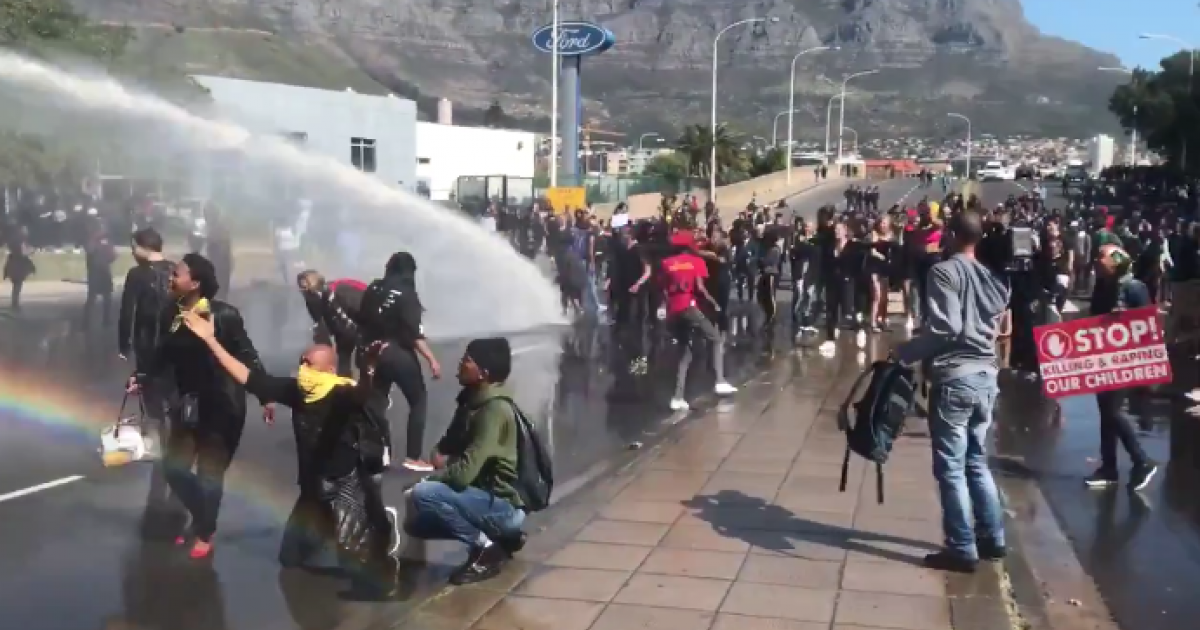 Police have fired stun grenades and water cannons at the World Economic Forum in Cape Town.

All academic activities have been suspended at the University of Cape Town (UCT) as students protested over the murder of student Uyinene Mrwetyana and the safety of women in South Africa.   Students earlier marched to the Cape Town International Convention Centre where the World Economic Forum on Africa is being held.

It is believed that some of the students have been arrested.

The protesters are marching towards the Civic Centre.

#Watch: police use stun grenades and water cannons to disperse protesters. Arrests have been made #WEFAfrica19 #StopKillingOurWomen #eNCA @eNCA 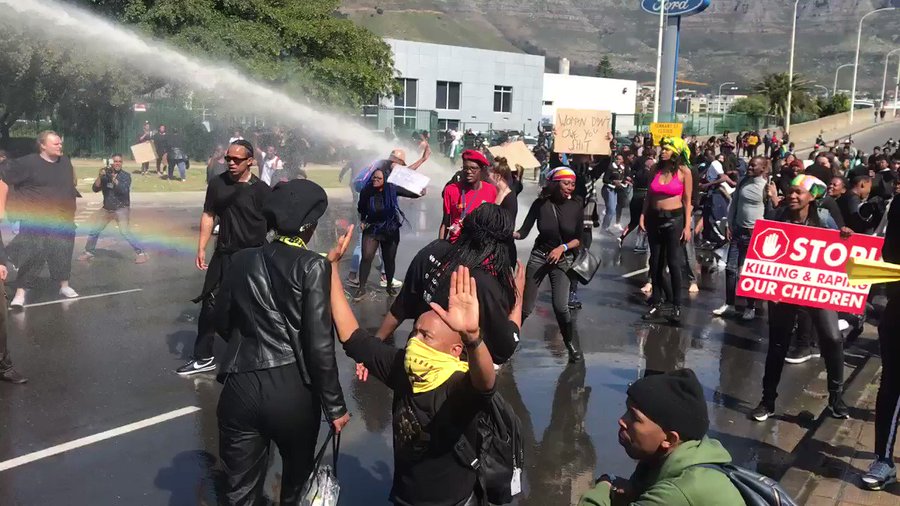 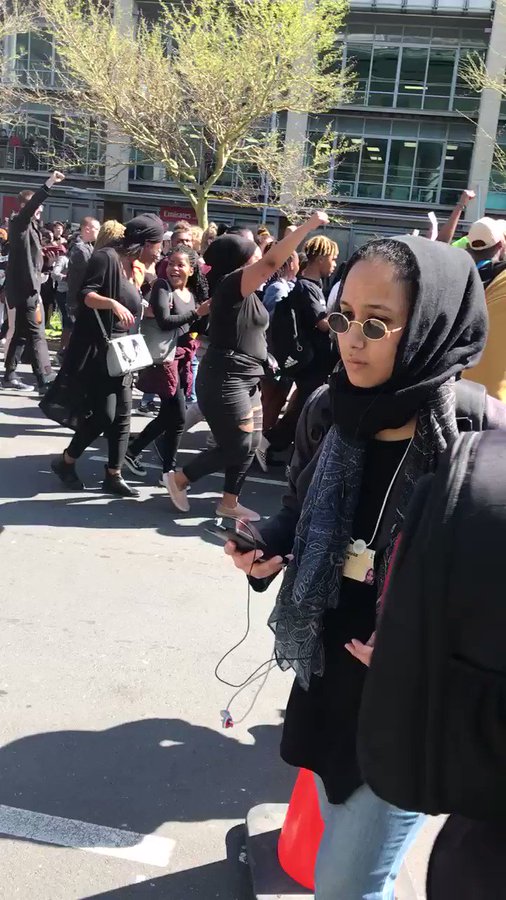