At the Defence website, it was stated on 10 June 2010 that a multi million rand security system provided for the Department of Correctional Services is not fully functional after the department paid R89 million for the contract, SABC News reports. The tender was awarded to Sondolo IT, a subsidiary of unlisted vendor Bosasa, which has several other contracts in the prison system, including catering. 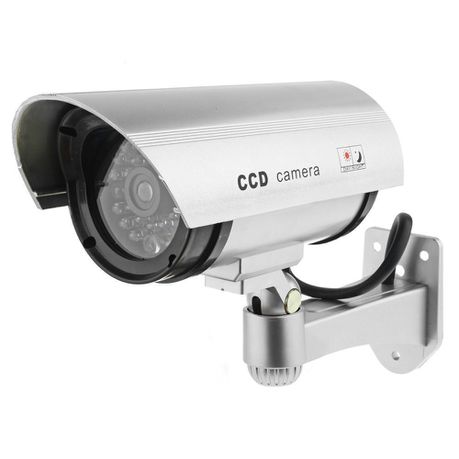 They say they are a sophisticated accrediting body which regulates standards in advanced surveillance.  Membership is strictly controlled and limited to those who exhibit the highest standards in their work.     A history of surveillance is essential.   This also falls under  B-BBEE –  only Black privilige.
Bosasa – Joe Gumede – PACST

*
Who is “Papa”   – As an executive board member of the Group and the chairman of Kgwerano Financial Services, Papa has extensive knowledge and experience in numerous facets.
Bosasa — Papa Leshabane

He could speak fluent isiXhosa, caught the eye of the apartheid state police as he played rugby in the township with his brothers, and set up businesses focused on black economic empowerment.
Corruption: Bosasa – Gavin Watson – Papa Leshabane

Police have confirmed Watson died in a crash earlier this morning on the R21 towards JHB International airport.    The CEO of Bosasa, now trading as African Global Group, was implicated in corruption and bribery at the state capture inquiry.
Gavin Watson of Bosasa

The state broadcaster says the information was disclosed by Nosiviwe Nqakula in a written reply to parliament.

The four year contract of  R89 million which expires on March 31 includes supply, delivery, installation and commissioning of access control equipment to all the country’s correctional centres.  That includes training of 800 warders who will train other warders of the department. Thus far only 84 correctional officials were trained. Mapisa Nqakula says only the national control room in Pretoria as well as those in Zonderwater and Baviaanspoort are fully operational. All other control rooms are in working condition but are not fully functional, SABCNews added.

The minister says all CCTV cameras in all centres are being monitored and elements of security system which are dysfunctional are the gates, turnstiles as well as the biometric finger print readers. The department plans to re-commission the system before the end of next month, the broadcaster says.

The prison system has been rocked by a spate of prison breaks in recent weeks.

The department decided to “insource” the staffing of its national and regional control rooms as well as similar facilities at 66 prisons around the country last May. The running of the national and regional centres had previously been outsourced to Sondolo IT under a R88 million contract awarded in 2005. The deal also saw Krugersdorp-based Sondolo IT install 1850 cameras, 850 biometric readers, 600 metal detectors and 640 access control systems in the 66 prisons and control rooms it monitored.

The Democratic Alliance, relying on media reports, at the time criticised the move. Prisons spokesman James Selfe said the reports indicated “that the department had no contingency plans to train its own personnel to operate 72 control rooms following the expiry of Sondolo IT`s contract…”

Manelisi Wolela added last May that the department was generally satisfied with Sondolo IT but believed “insourcing” was now a better option than outsourcing as DCS personnel were also trained to read prisoner body language and new service protocol, which helps them identify anomalous behaviour.    Sondolo IT was to remain responsible for maintaining the equipment.

Sondolo IT national operations coordinator Retief van der Merwe told ITWeb in 2007 the technology and control rooms created multiple layers of supervision and remote data monitoring that made difficult escapes and other illegal activity in the affected prisons.

Sondolo IT MD Trevor Mathenjwa added that the biometric system has other advantages as well, as it controlled staff, visitor and contractor access. “The saving to the taxpayer is inestimable,” said Mathenjwa.

Willie Hofmeyr, of Special Investigations Unit, briefed Parliament last year on claims of collusion between senior prison staff and Bosasa employees.   The company denied any impropriety and legal action has taken against the SIU for allegedly acting outside its constitutional mandate.

Bosasa was in March aiming to win the contract, apparently worth almost R1 billion, to protect more than 600 buildings under the Justice Department’s control, including various of the Magistrate’s and High Courts.

Sondolo IT in news again

A report was received in 2009 from the Special Investigating Unit (SIU) on allegations of corruption and fraud relating to tenders received by the Bosasa group from Correctional Services.

Willie Hofmeyr, briefed Parliament during November, regarding the claims of collusion between senior prison staff and Bosasa employees, which the company denied.

Bosasa won the contract,  R1-billion, to ‘protect’ approximately 600 buildings under the Justice Department’s control, including most of the magistrate’s and high courts. In August 2008, the department awarded Sondolo IT,  a R600-million contract to install access-control security systems at the courts.