PIC taken at Bram Fischer International Airport in Bloemfontein. Guess what an Ethiopian Airlines Boeing 767 is doing in Bloemfontein…taking SA soldiers to the DRC for another 6 months. And most people don’t even care. Also. Shows how badly the SAAF needed those A400M planes.  (James Styan) 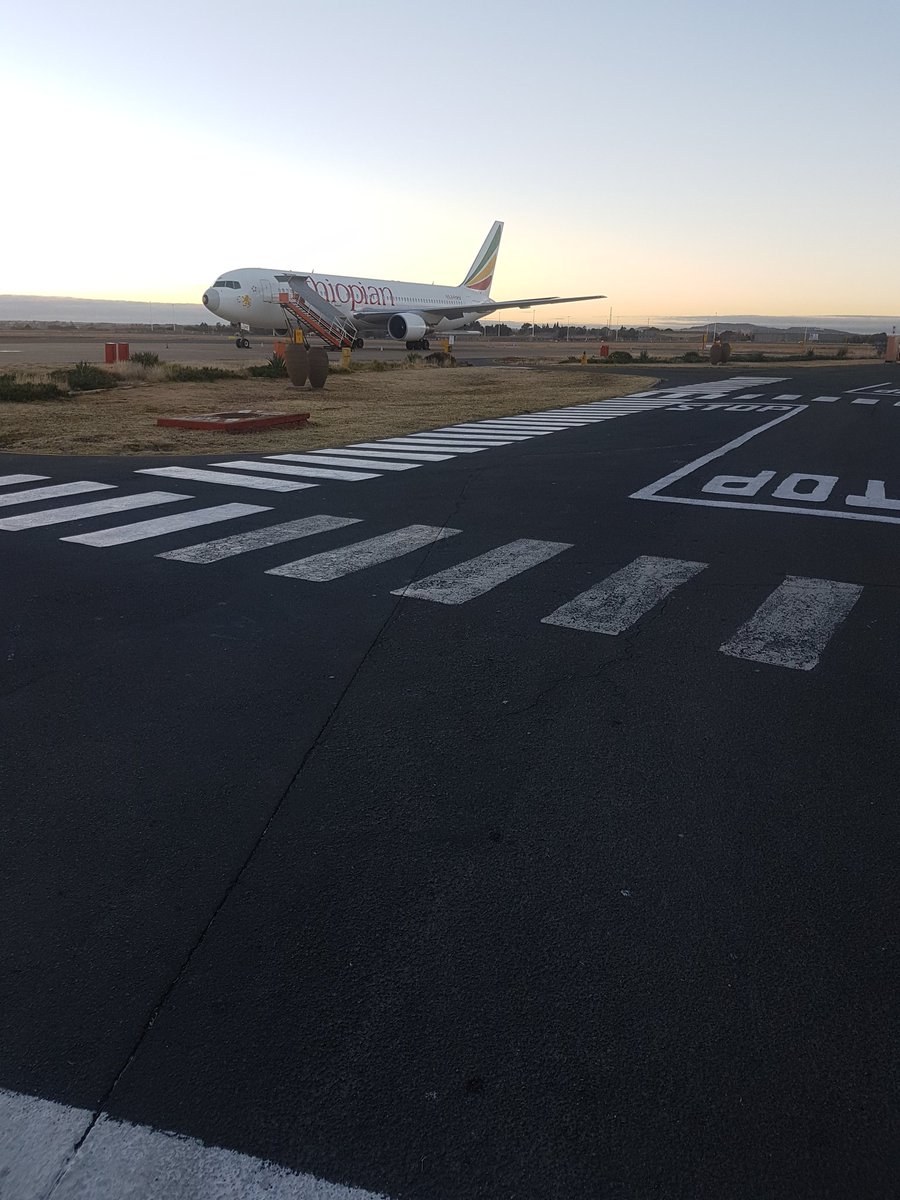 He said he find it sad that the SANDF must charter a plane from Ethiopia to ferry our troops to conflict zones in Central Africa. Where’s SAAF capacity? Where’s SAA? And when the pawpaw hits the fan and out guys get shot…who will fetch them?

Why must the troops go to the DRC while our own country is burning down?   What is so important in the DRC – can I spell it out – Minerals perhaps.

Another question – what happened with all the corruption money, SARS, tenders, the lists are endless.

WHERE ARE ALL THE MONEY TODAY?   AND WHO IS REALLY BEHIND THE STEALING

How many homes, infrastructure, schools and hospitals could have been built with all this stolen money? Plus 15% VAT – which loses SARS.

MORE ABOUT THE TROOPS –

A new contingent of South African troops will be deployed to the DRC by the end of this month.

The South African National Defence Force (SANDF) troops who will be serving in the United Nations peacekeeping mission in the Democratic Republic of Congo (DRC) say they are ready for the mission.

They have undergone training for a year. The troops will be deployed for a year in the DRC while another battalion rotates back home.

The SANDF members say they are confident. “It feels very good to go and command the soldiers in the battle field and represent my country and the region as well,” says one of the soldiers.

SANDF troops have in the past been accused of sexual exploitation of the civilian population in the DRC.

“There’s enough training that is given to soldiers not only given by the South Africans, we also invite United Nations’ conduct team to come and make presentations. We also have a special directorate which is the directory transformation management which specifically deals with these issues. I would like to say that the conduct and behaviour of the South African National Defence Force has improved over the past two to three years,” says Major General Mokhosi.

June 2019
More than 300 soldiers from the Second South African Infantry Battalion could soon be deployed in the conflict-wracked eastern DRC. The troops have completed their training and took part in a farewell parade in Bloemfontein today.

who paid them to go there?
While there are 50+ killings per day, they send the troops out the country to the DRC.

4 July 2019 – There were tears and jubilation in Bloemfontein when the SANDF welcomed a troop contingent back from the troubled Democratic Republic of Congo. The mission is sanctioned by the United Nations as part of keeping peace operations.