Born in Knysna, Winde attended Knysna High School. He is a businessman and entrepreneur who has established a number of small businesses. He has also worked for and managed numerous noteworthy companies. Prior to his election to the Western Cape Provincial Parliament in 1999, he was a municipal and district councillor. He has held various leadership positions in the Democratic Alliance Provincial Parliament caucus. Winde was appointed Provincial Minister of Finance, Economic Development in May 2009 and served until May 2014, when he took office as Provincial Minister of Economic Opportunities.

Winde has experience as an entrepreneur. He has established and managed many small businesses. He was also a director of a tour company and a business broker with Aldes Business Brokers.

Previously reported that Premier-Elect Alan Winde has promised that the winds of change will blow through the corridors of 27 Wale Street, promising new faces in his cabinet and keeping government offices open till late at night.

Winde said his top priorities during his first 100 days in office would be jobs, education and health, as well as ensuring safer public transport, and energy and water security.

Winde said his first duty would be appointing his cabinet, adding that he would bring younger people into his government while simultaneously hanging on to some of the institutional knowledge that came with long service to the public.

He said he wanted to make local government more accessible to ordinary people, as well as to entrepreneurs, and to do this he would get all Western Cape departments to participate in the already successful First Thursdays initiative, whereby government offices will have extended hours from 5pm to 9pm on the first Thursday of every month.

“In order to cut red tape I will continue doing what I did in the past with First Thursdays,” he said.

The premier-elect was referring to 2017 when as MEC for Economic Opportunities he moved his offices to 142 Long Street – one of the most vibrant streets in the CBD, making it the country’s only government ministry located at street level and directly open to the public.

Winde said he also wanted change in the management of policing.

“We have to have better partnerships with civil society. We need to look at our value systems if we are to curb gangsterism, corruption and general crime.”

Winde said he subscribed to the broken windows theory, which states that visible signs of crime, anti-social behaviour and civil disorder create an urban environment that encourages further crime and disorder.

He said his administration would be looking to rely more on technology to find ways to make the public safer. “If we are the Silicon Cape, how do we make sure that we are utilising this technology to help ourselves?” he asked.

We have been given a mandate by the voters to make this a better place, and that’s what we will do.”

He plans to set key performance indicators for himself and the cabinet to help measure the progress in achieving the DA’s manifesto key service delivery objectives.

On the issues of job creation and youth unemployment, Winde said he and his team would be looking for ways to create a more attractive environment for investments, which he hoped would generate growth.

Winde also spoke about social housing, saying he was looking at rolling out developments in the style of the multibillion-rand project to convert the 22-hectare former Conradie Hospital site into an integrated, sustainable and affordable residentially led, mixed-use neighbourhood. 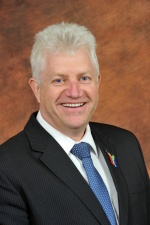