Slaan oor na inhoud
Confidential document notes that suspected BA-7 missile is only in use in the UAE, China and Kazakhstan.    United Nations sanctions monitors are investigating the likely use of an armed drone by eastern Libyan National Army (LNA) forces, or a supporting “third party”, in an attack last month on troops affiliated with Libya’s internationally recognised government, according to a confidential report to the UN Security Council.The report, seen by the Reuters news agency on Wednesday, found that a Blue Arrow air to surface missile (BA-7) was likely used in the attack near Libya’s capital Tripoli on 20 April, and that such a weapon is designed to be fired by a Wing Loong drone. 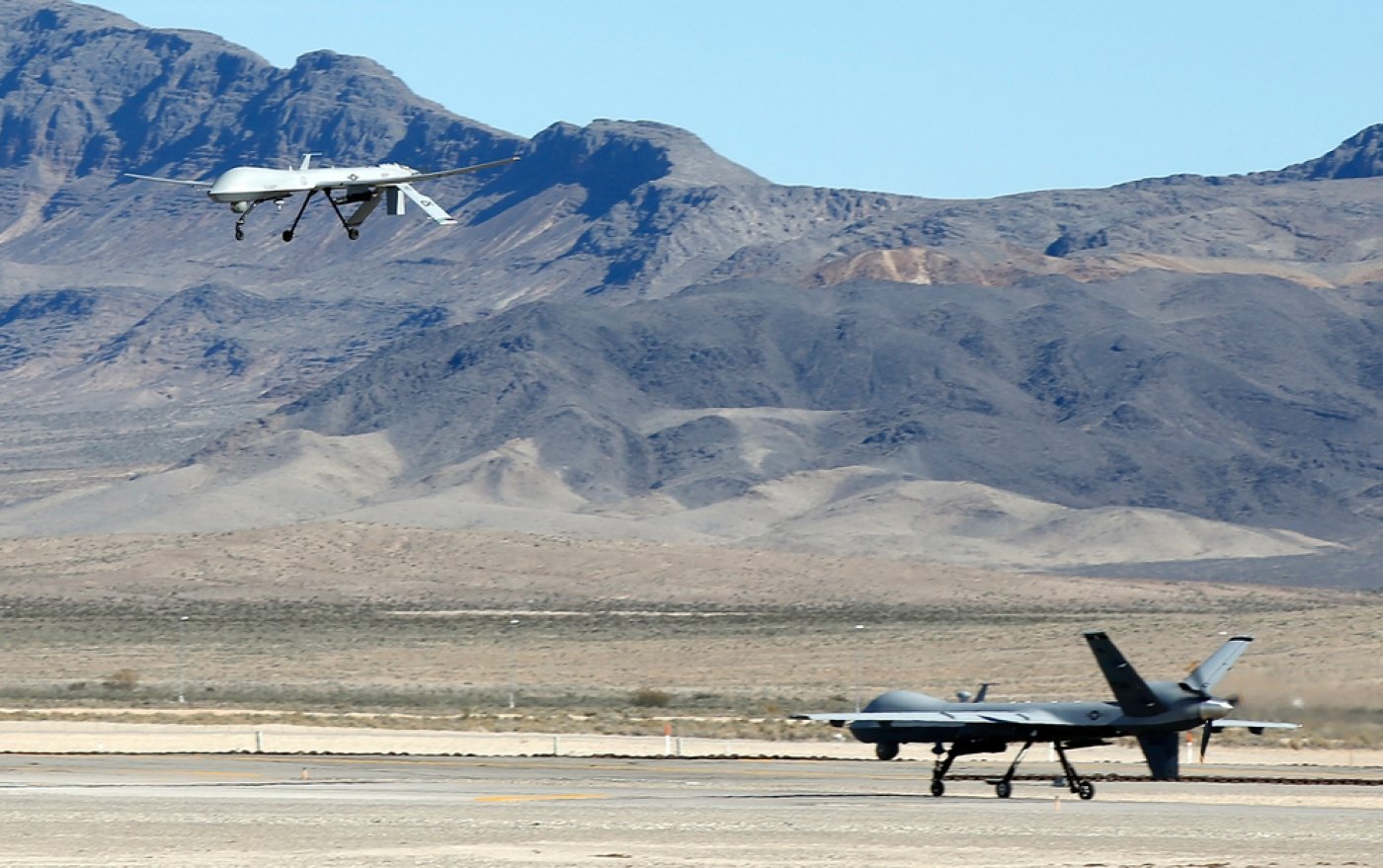 The document notes that the BA-7 missile is only in use in the United Arab Emirates, China and Kazakhstan, but adds that some countries operating Wing Loong drones could also be using the missiles.

It said they were in use by the UAE, China, Kazakhstan, Egypt, Indonesia, Nigeria, Pakistan, Saudi Arabia, Serbia and Uzbekistan.

The latest flare-up of violence in Libya – which has been gripped by anarchy since Muammar Gaddafi was toppled in 2011 – began a month ago, when eastern Libyan commander Khalifa Haftar’s LNA advanced to the outskirts of Tripoli.

Since 2014, the United Arab Emirates and Egypt have provided the LNA with military equipment such as aircraft and helicopters, helping Haftar to gain the upper hand in Libya’s eight-year conflict, past UN reports have established.

The UAE created a drone facility at al-Khadim air base, south of the Libyan capital, in 2016, and experts say the ageing fighter jets available to Haftar cannot fly by night, making it highly likely that drones were used.

The UAE and Egyptian missions to the United Nations did not immediately respond to a request for comment on the report.

The UN monitors also said video showed other air attacks on Tripoli were “almost certainly from air to surface missiles”.

“The panel is now investigating the probable use of Wing Loong UAV (unmanned aerial vehicle) variants by the LNA or by a third party in support of the LNA,” the sanctions monitors wrote in the brief 2 May.

“It’s introduction to Libya is… a violation of the arms embargo by an as yet unconfirmed party.”

While the BA-7 missile and Wing Loong drones are produced by China, the report notes that it is “almost certain” that the weapon was not directly supplied by the “manufacturer or by the member state to any parties in Libya.”

“It is highly likely present due to post-delivery diversion by the original purchaser or the subsequent owner,” it found.

Haftar’s troops advancing Tripoli predicted victory within days, but the forces of Prime Minister Fayez al-Serraj’s government have bogged them down in southern suburbs with help from armed groups from western Libyan factions.

More than 440 people have been killed and tens of thousands of civilians displaced, according to the UN.

France’s President Emmanuel Macron called on Wednesday for a ceasefire in the battle for Tripoli after fighting hit a migrant detention centre overnight.

The president made the remarks following a meeting with Serraj in Paris.

France has in the past been supportive of Haftar, and Serraj last month accused Macron of backing the eastern commander.

Following the onset of armed conflict on 04 April 2019 in South Tripoli, at least 11,975 families (approximately 59,875 individuals) have been displaced from their homes. Since DTM’s last update on 02 May, an additional 1,865 displaced families (approximately 9,325 individuals) were identified. As of 06 May, around 3,460 migrants remain in detention centers in Tripoli and nearby areas and are also considered to be at high risk of being affected by the conflict.

Most displaced families are staying in private accommodation in different neighborhoods and suburbs of Tripoli, as well as in the areas along the coastal line of western Libya and the Nafusa mountains, while around 2,700 IDPs are hosted in collective shelters. IDPs displaced to areas in proximity of areas with ongoing clashes remain at risk, along with host community members providing them with shelter. Please refer to pages 2-3 of this report for further details on location disaggregated figures.