RESIDENT PAUL KRUGER
He was an impressive leader, both in government and the military. He rose in the ranks to become commandant-general of the South African Republic, before being made a member of the Volksraad (the Republican parliament at the time). The Volksraad was responsible for drawing up a constitution, and Kruger took part in this important task. In 1873, Kruger resigned from his post as commandant-general and retired to his farm. His time in retirement was short-lived however, as in 1874, he took his place on the Executive Council and was elected vice-president of the Transvaal. When it was annexed by Britain in 1877, Kruger dedicated himself to the resistance movement opposing this, and visited Britain as leader of a deputation. The following year, he was part of a second deputation and spent time in Paris. 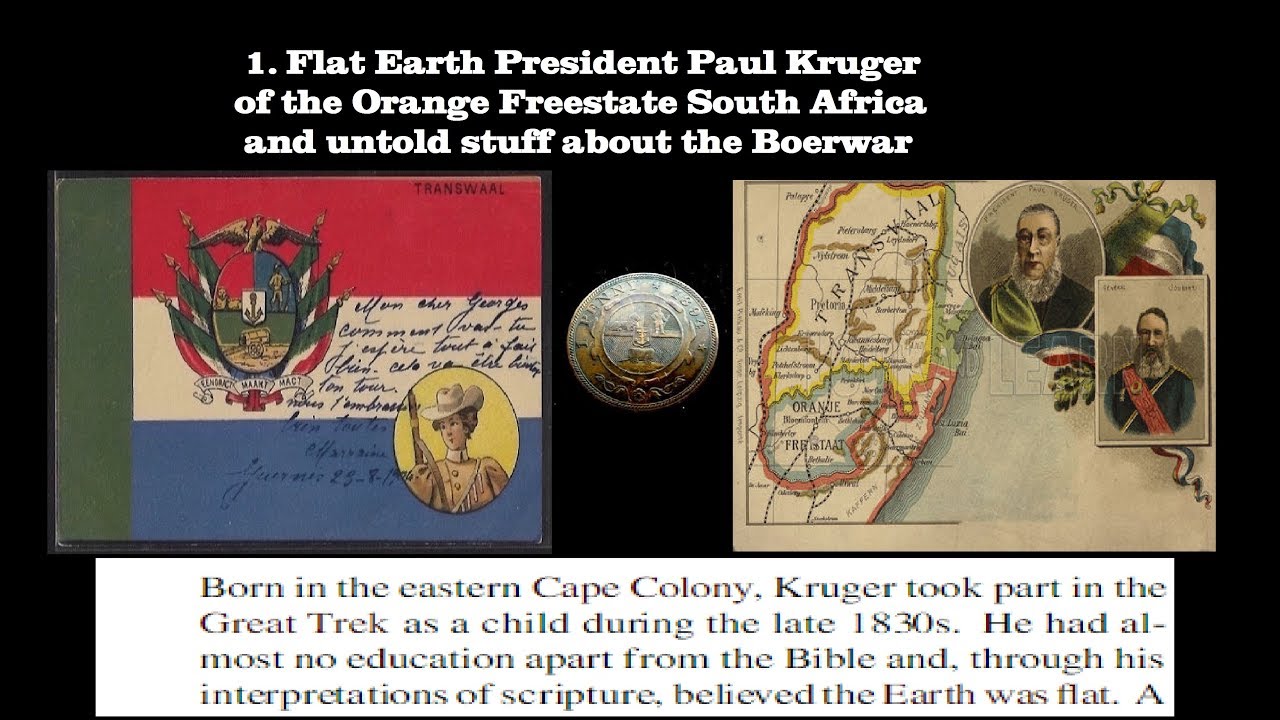 Paul Kruger (Stephanus Johannes Paulus Kruger) was born on October 10 1825 at his grandfather’s farm, Bulhoek in the Steynsburg-Cradock district and grew up on the farm, Vaalbank.

He wasn’t a well educated man and only had three months formal education. Growing up in a rugged farm area he learnt a lot about the wild. When the Great Trek started in 1836, Kruger’s father, Casper Kruger, joined the trek party of Hendrik Potgieter and the family moved to what later became known as Transvaal, to try an establish and independent state.

Settling in the Transvaal:

Paul Kruger’s father decided to settle in an area now known as Rustenburg.

At age 16, Paul Kruger was entitled to choose a farm for himself. He chose a farm at the base of the Magaliesberg mountains and settled there in 1841.

In 1842 he married Maria du Plessis and the couple moved to the Eastern Transvaal. Paul Kruger and his small family later returned to Rustenburg and Kruger’s wife and infant son died soon after. It is presumed the double death is likely to have been caused by Malaria.

Paul Kruger then married Gezina du Plessis, who bore seven daughters and nine sons and died in 1901. Many of Kruger’s children died in infancy.

Later Paul Kruger’s strong leadership qualities started emerging. He eventually became Commandant-General of the then South African Republic, later known as Transvaal. His leadership skills became more prominent when he was appointed member of a commission of the Volksraad the Transvaal Republican Parliament who were tasked with drawing up a constitution.

His leadership ability started to attract attention, and it is said that he later played a prominent role in ending the quarrel between the Transvaal leader, Stephanus Schoeman, and M W Pretorius.

Paul Kruger resigned as Commandant-General, in 1873 and took no political office for a time. He retired to his farm, Boekenhoutfontein (naby Rustenburg).

His stint away from politics only lasted a year the next year he was elected to the Executive Council. Shortly after that he became Vice-President.

Kruger’s life remained heavily centred around politics from 1877 till 1882.

In this time Paul Kruger lead a resistance movement and became leader of a deputation. The first Anglo Boer war was 1880 and the British forces were defeated in a battle at Majuba in 1881.

At this time Paul Kruger was instrumental in negotiations with the British, which later led to the restoration of Transvaal as an independent state under British rule.

In 1882, the 57 year old Paul Kruger was elected president of Transvaal.

He left for England in 1883 to revise the Pretoria Convention of 1881, an agreement which was reached between the Boers and the British that ended the first Anglo Boer War. Paul Kruger acquired many allies in Europe during this time.

In Germany, he attended an imperial banquet at which he was presented to the Emperor, Wilhelm I, and spoke at length with the renowned Bismarck.

The Discovery of gold: The discovery of gold in the Transvaal, changed the political climate of the Witwatersrand. Many as “uitlanders” (foreigners) and believe that they are to eventual fall of the Republic.

Kruger’s leadership was put to the test at the end of 1895, when the Jameson Raid took place.

The Jameson Raid led by Doctor Starr Jameson. Jameson later became premier of the Cape of Good Hope Colony, or the Cape Colony as it is now called.

In December, 1896 a group of … This unsuccessful raid, started the breakdown of good relations between the British and the Boers and this breakdown of relations ultimately led to the second Anglo Boer War.

Kruger was elected as president four times, his last re-election was in 1898.

Paul Kruger attended the last session of the Volksraad and on 29 May, and fled from Pretoria as Lord Roberts advanced on the town. He remained underground for weeks and eventually, he took refuge with his European allies, while the war continued.

In October 1900 he left from Lourenco Marques and Dutch Queen Wilhelmina sent the battleship, De Gelderland, to transport him. Gezina Kruger was very ill when the party left and could not accompany him. She died on 20 July 1901.

Kruger’s party landed in Marseilles. He travelled through Europe to Holland where he stayed for remainder of the war. His last respite was at Oranjelust in Utrecht and it was here that he received the news of the Treaty of Vereeniging had been signed.

Paul Kruger moved to Clarens in Switzerland where he stayed for the last six months of his life and died on 14 July 1904. He was buried on 16 December 1904, in the Church Street cemetery, Pretoria.

Paul Kruger in the Netherlands

In the time of the second Boer War the Dutch were concerned with Transvaal’s president Paul Kruger’s resistance against Holland’s former rival Great-Britain. They had a strong interest in the war, as they cherished the thought that the Boer South African and the Dutch shared common ancestors.

The at that time the very young queen of the Netherlands (Wilhelmina, 18 years old) sent the Dutch battleship “Gelderland” to the coast of Portuguese East Africa (Mozambique) in October 1900, in order to save president Paul Kruger from the British troops that became more and more successful in their conquest of the Transvaal.

Kruger arrived and disembarked in Marseille in November 1900, where he lived in France until he moved to the Netherlands in 1901. He lived in hotel “De Nederlanden” (nowadays hotel “Les Pays Bas”) in central Utrecht for two months. Kruger moved to villa “Casa Cara” in the city of Hilversum in April 1901, where he stayed until December 1901. Meanwhile Kruger’s second wife Gezina du Plessis, who he had left in Pretoria because she was too ill to travel to Europe, died in July 1901.

Kruger moved back to Utrecht, in December 1901 because he suffered from a severe eye disease. His eyes were treated by professor Snellen of Utrecht University. Kruger lived in “Villa Oranjelust” located on the broad and majestic Maliebaan in Utrecht. After Transvaal signed the “Treaty of Vereeniging”, the three Boer Generals Botha, De la Rey and De Wet visited Kruger in Utrecht in 1902. In October of that year Kruger left the Netherlands for a short stay in Menton on the French Mediterranean coast.

In May 1903 Kruger moved back to Hilversum in the Netherlands, where he lived in “Villa Djemnah”. After the summer of 1903, Paul Kruger moved to Clarens in Switzerland for the sake of his health. He spent the last six months of his life in Clarens en died there on the 14th of July 1904.

Paul Kruger lived in three different houses during his time in the Netherlands. Casa Cara was bombed by the English during World War II. Villa Oranjelust and Villa Djemnah still exist, but are currently in use as offices for commercial companies. Paul Kruger was extremely popular among the Dutch while living in the Netherlands. However, nowadays there are hardly any traces of his presence in the Dutch Kruger houses left.

The Staats Model School plays an interesting part in Pretoria’s history. During the second Anglo-Boer war, the school was used as a prison for British Officers captured by Boer commanders. One of the prisoners was Sir Winston Churchill. He came from England to South Africa as a reporter, but later escaped from the school which was a prison at the time.

The Managing Director as well as a number of employees of the Heritage Foundation were appointed as trustees on the President Paul Kruger Trust towards the end of 2011.  The aim of this trust is to conserve and manage the farm Boekenhoutfontein, near Rustenburg, property of Pres. Paul Kruger in the 1860s.  This is done in collaboration with the owners of the neighbouring Kedar Country Lodge.