Ferruccio Elio Arturo Lamborghini was born on April 28.1916 under the Zodiac sign of Taurus, his parents were farmers but Ferruccio soon decided he wanted to do something with mechanics. He started working on his father’s tractor out of interest and was able to attend a technical school in Bologna.  During the second World War he was enrolled into the Italian Air Force, working for the transport sections, after 1944 he became a prisoner of war in the British military forces who put him to work in their motoring department, this way Ferruccio got firsthand experience keeping cars on the road, even with limited parts.

After the war he returned to his hometown and started converting old war surplus material into much needed tractors for the local farmers, the Lamborghini tractor business was inaugurated in a small garage, but the business got really successful and had to move into larger premises soon thereafter.

Ferruccio built a Fiat Topolino for himself and entered in the 1948 Mille Miglia competition, unfortunately the car was wrecked in an accident. By 1949 Ferruccio Lamborghini was able to start building tractors from scratch, without using any leftovers, the Lamborghini Trattori factory was founded and production soon grew even further. The Lamborghini tractors became known as the best in Italy and Ferruccio started organizing tractor-pulls in his hometown just to show the superiority of his machines.

Nov 13, 2013 Driving experiences don’t come much more pure than this: James Page takes Ferruccio Lamborghini’s personal Countach LP400S for a spin close to the place of its birth.

The Ferruccio Lamborghini Museum (http://www.museolamborghini.com) is privately owned and operated by Ferruccio’s descendants, situated 30 minutes from Sant’Agata Bolognese in the town of Dosso it is only opened exclusively on request and contact must be made first. Inside lies an immense history of the company and stories you just won’t know otherwise. Cars displayed include many of Ferruccio’s own automobiles from his Miura SV and Countach 5000QV to many concepts and first models that are barely discussed elsewhere. If you visit the area, it’s an absolute must trip to find out some of the real stories behind Lamborghini’s history.

The entire mystic of the Lamborghini revolves around Ferruccio Lamborghini, who was inspired and determined to make his dreams become reality. His determination and skill allowed him to succeed. Lamborghini’s parents were farmers. He was born in Renazzo on April 28, 1916. As he grew into a young man, his first love was mechanics and technology. He had no desire to follow in his parent’s footsteps. He studied technology in Bologna and when he graduated, he put his knowledge to work during WWII. 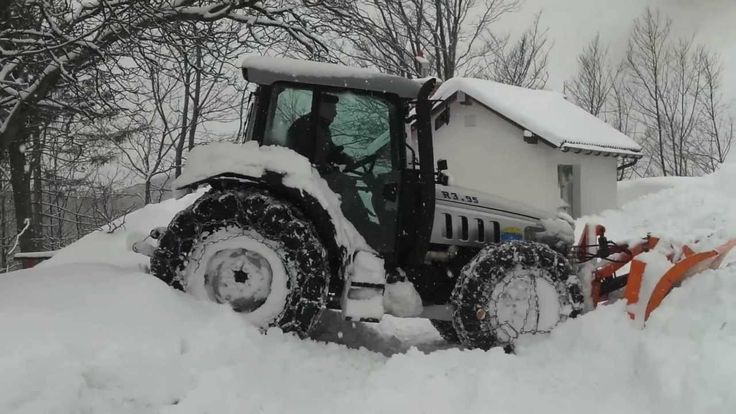 Ferruccio Lamborghini, an Italian manufacturing magnate, founded Automobili Ferruccio Lamborghini S.p.A. in 1963 to compete with established marques, including Ferrari. The company gained wide acclaim in 1966 for the Miura sports coupé, which established rear mid-engine, rear wheel drive as the standard layout for high-performance cars of the era.

Lamborghini grew rapidly during its first decade, but sales plunged in the wake of the 1973 worldwide financial downturn and the oil crisis. The firm’s ownership changed three times after 1973, including a bankruptcy in 1978. American Chrysler Corporation took control of Lamborghini in 1987 and sold it to Malaysian investment group Mycom Setdco and Indonesian group V’Power Corporation in 1994. In 1998, Mycom Setdco and V’Power sold Lamborghini to the Volkswagen Group where it was placed under the control of the group’s Audi division.

Oct 9, 2020 Ferruccio Lamborghini was a prisoner of war. When he returned to Italy, he opened a small garage and converted military equipment into farming tractors. His timely venture turned him into a millionaire, and later the inventor of the most talked-about luxury sports car: Lamborghini. It all started with being told he was just a farmer from Enzo Ferrari.

Ferruccio was born on April 28, 1916, giving him the zodiac sign of the Taurus, a bull. Furthermore, Ferruccio was a big fan of Spanish bullfighting, which is why the logo captures the moment before the beast springs forth.

Urraco, which translates to “little bull,” is a 2+2 sports car that was a historically significant model. Not because it was super powerful or performance oriented (The Urraco maxed out with a 3.0-liter V-8, good for 247 hp), but because it started a line of “more affordable” Lamborghinis. The Urraco’s successor was the Silhouette, then came the Jalpa, then the Gallardo and finally the Huracán—a model still currently selling.

The marque really landed on the map when it debuted the Miura at the 1966 Geneva Motor Show. The mid-engined machine was designed by Bertone and less than 770 units were built between 1966 and 1973.  Miura, by the way, was the name of a famous Spanish breeder of fighting bulls. 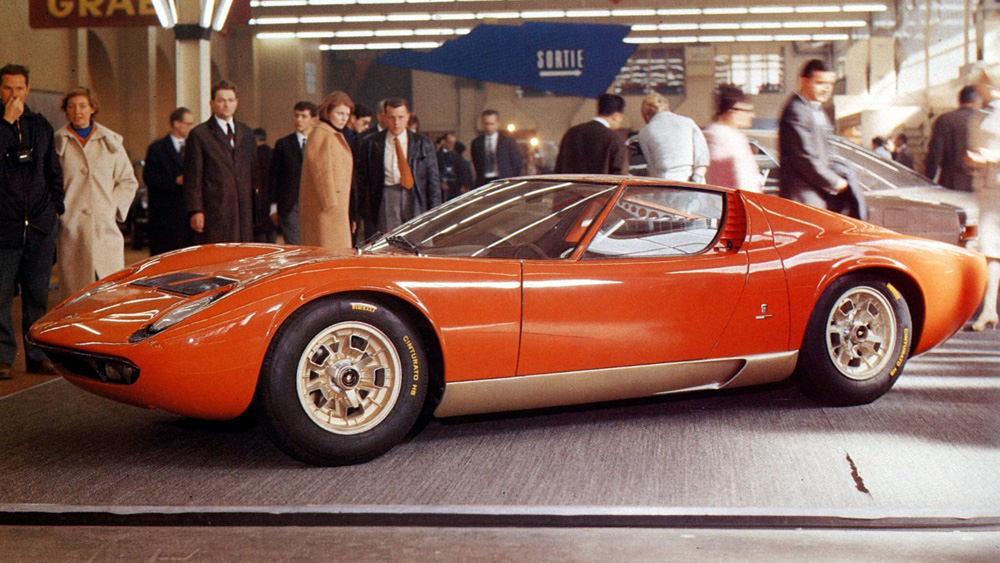 Unveiled under the banner Automobili Ferruccio Lamborghini, the 3.5-liter V-12-powered coupe had a power train designed by the famed Giotto Bizzarrini. The “350” represented the engine displacement, while the “GT” signified it was a grand tourer. The V? That stood for “Veloce,” the Italian word for “fast.” Alas, it was never completed as a drivable car because the body panels wouldn’t fit around the engine. Lamborghini did go on to create his first mass-market vehicle, the 350 GT, in 1964. A total of 120 examples were made.

The Italian Highway Patrol use a Huracán with police badging and a lightbar on the autostradas in and around Bologna. The vehicle is also used whenever blood or human organs require urgent and speedy transportation. There’s another Huracán in use by Rome’s highway patrol division as well. 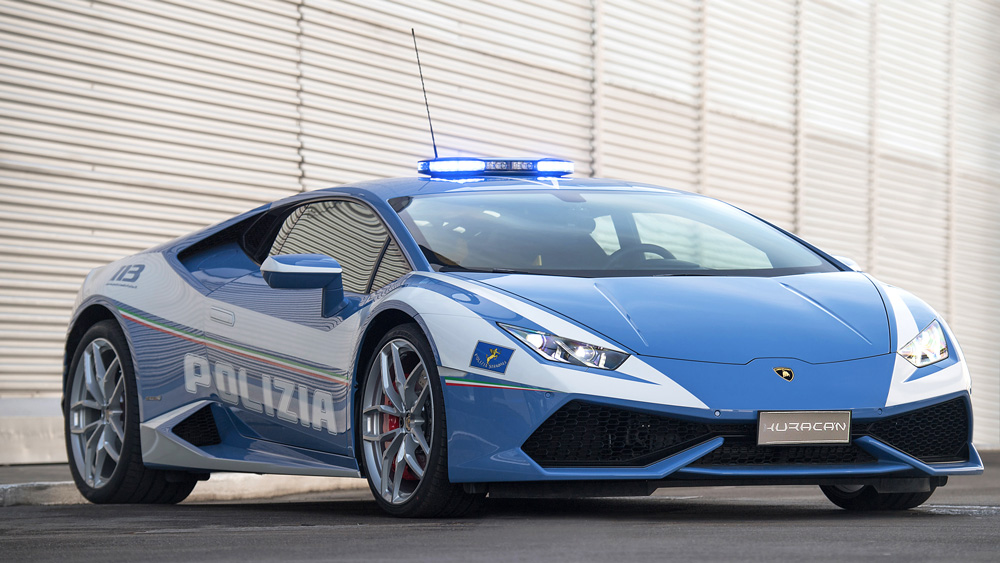 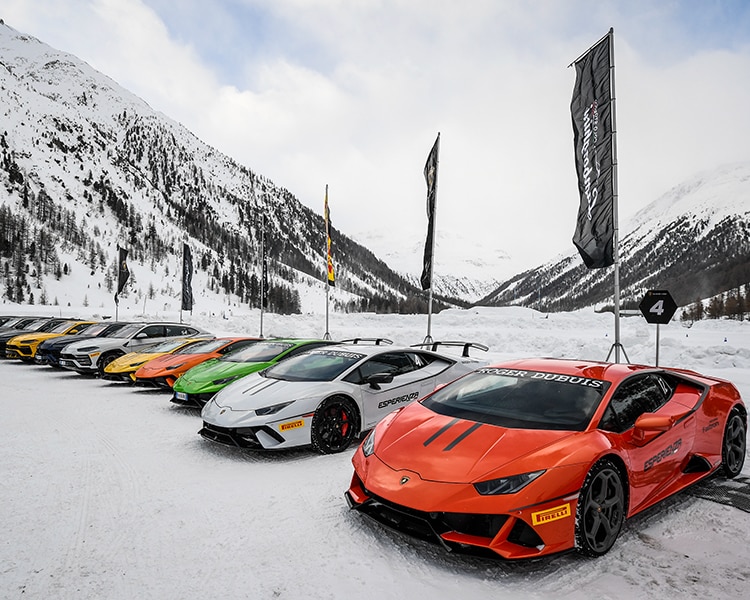