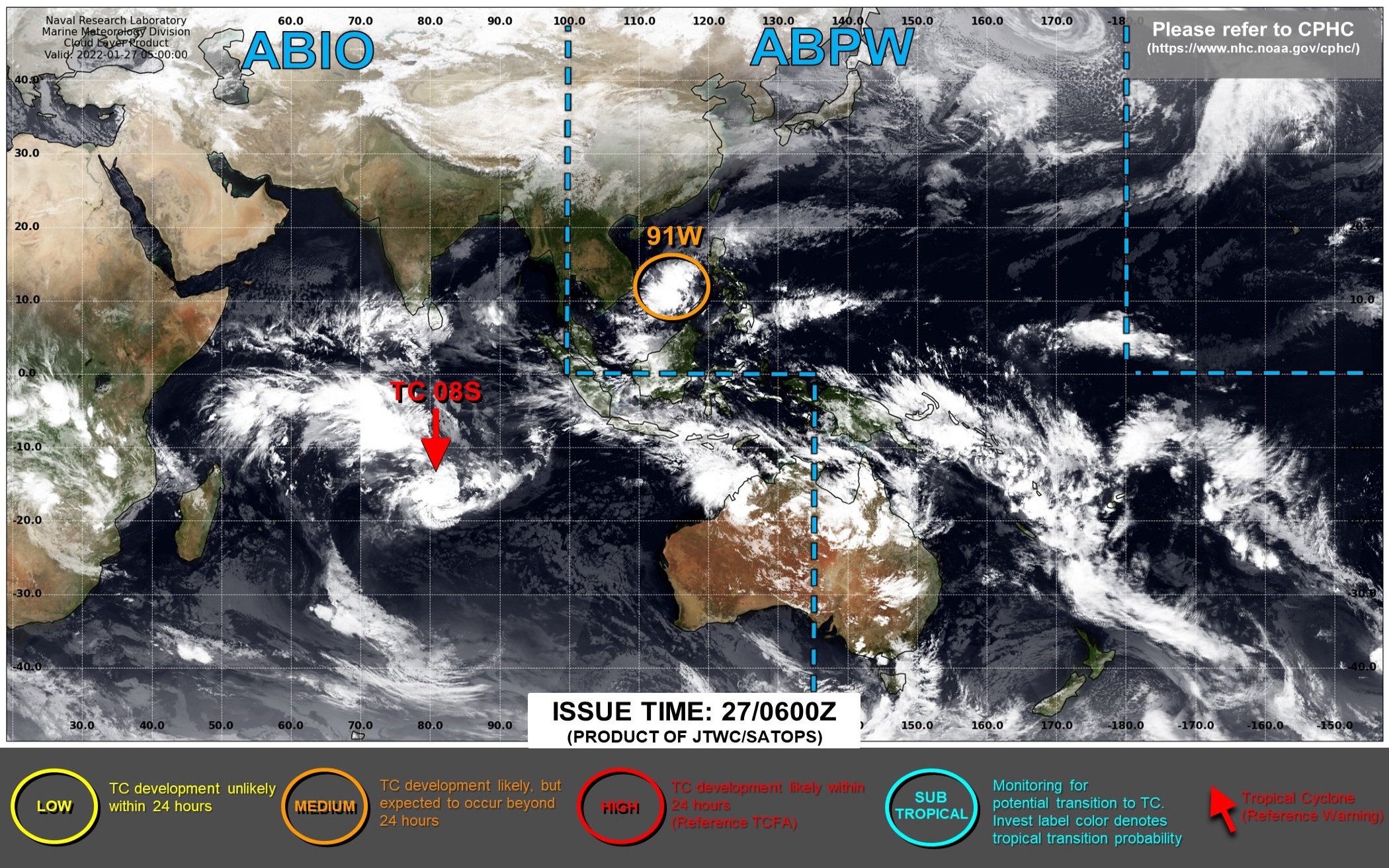 #Batsirai is a fantastic demonstration of how dramatically small tropical cyclones can change in intensity. A tiny core formed, and the cyclone explosively intensified just after being named. Note in the latest frames it's starting to dramatically weaken again. pic.twitter.com/zMFq5R27uD

During the past 6 hours, Moderate Tropical Storm BATSIRAI has undergone explosive intensification and is now an Intense Tropical Cyclone. At 4:00 p.m., the intense tropical cyclone BATSIRAI was centered around the point 17.9 degrees south in latitude, and 80 degrees east in longitude, approximately 2,340 km east-northeast of Mauritius and moving in a general west-southwest direction at about 30 km/h.

Cyclone Batsirai has continued its westward track, now inching closer to the island of Rodrigues as of this update. Currently located 395km away from the island, Class I Warnings are in effect for there as Batsirai may continue to affect the region with strong gusts.

Cyclone Batsirai has intensified over the past several hours, and has now become a category 2 cyclone according to Meteo France, and the current forecast keeps Batsirai a cyclone-strength system over the next 5 days. There is no CDPS in place for Batsirai as Rodrigues is no longer within the cone of uncertainty, however, a CDPS stage will likely be put into place soon for Mauritius and La Reunion, with both the islands being within the cone of uncertainty.

#Batsirai is starting to turn into a serious situation. It’s back up to TC strength (MFR scale) & could reach Inten… twitter.com/i/web/status/1…—
Vortix (@VortixWx) January 29, 2022