Situated on the Balkan Peninsula in Southeastern Europe, Montenegro is known for its magnificent and unparalleled natural beauty. Emerging as a sovereign state in 2006, Montenegro is a member of NATO, uses the euro as its currency, and is an official candidate country for EU membership. 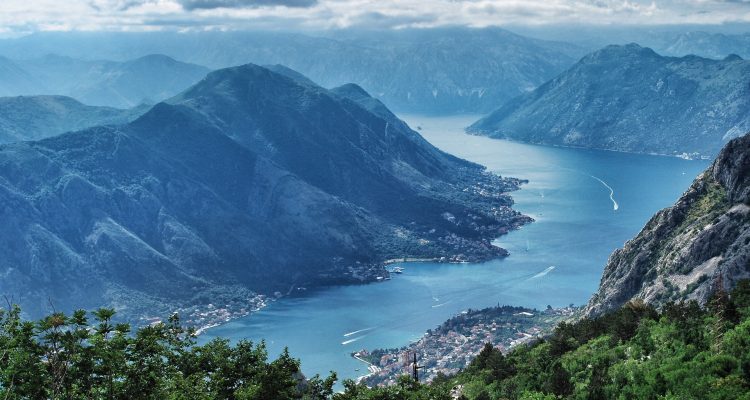 Few Europeans thought it was a good idea for Montenegro to take a mammoth loan from China to build a highway. Now the tiny, mountainous country is asking the European Union for help to repay the debt — and the answer, so far, has been no.

The situation in Montenegro is the latest skirmish in an escalating global push for influence by China, which has made inroads in economically weak countries by offering loans that demand loyalty to Beijing but otherwise have few strings attached.

The Montenegro development takes place in Europe’s backyard. The mountainous nation of 600,000 is a member of NATO and is in line to join the European Union. That makes the country an especially valuable target, despite its small size, since China gains when it has ways to pressure countries that are part of Western institutions. NATO is adapting its security strategy to respond to China’s rise as a geopolitical actor, and a major focus is Beijing’s control over significant elements of Europe’s infrastructure, such as railways and ports.

Montenegro’s first debt payments are due this summer. The $1 billion loan is nearly a fifth the size of the country’s entire economy. Montenegrin leaders say they won’t miss their loan payment this summer even if no E.U. aid is forthcoming. But European advocates of a bailout say that their neighbor is at risk of being financially captured by China at the same time democratic nations are talking in increasingly urgent terms about Chinese influence around the world, including the U.S. intelligence community in a report released this month.

“It would be completely irresponsible if the E.U. would just turn a blind eye and not do anything,” said Reinhard Bütikofer, a German member of the European Parliament who works on Chinese influence issues. “Why would we leave them alone in such a desperate hour?”

Montenegro boasts untouched expansive peaks, shimmering lakes, and a 629,000-strong population that is known for its warm hospitality. The majestic Mount Lovćen is the heart of the country and the enchanting Adriatic Coast spans 273 km, is indented with pristine sandy beaches, and features the elite Porto Montenegro, one of Europe’s increasingly popular luxury destinations. This natural harbor is home to superyachts, helicopter fleets, exquisite properties, and lavish nightclubs.

Nearby lies the medieval town of Kotor, a UNESCO World Heritage Site where the mountainous landscape frames the Venetian, Austrian, and baroque-style buildings. Tourism is the biggest driver of this safe and stable country’s economy, and Montenegro frequently ranks as one of the world’s prime tourist destinations.

The World Bank classifies Montenegro as one of the fastest-growing Balkan economies, and the nation is quickly establishing itself as a key strategic destination for some of the world’s most important industries.

The Montenegrin passport ranks 45th on the Henley Passport Index, providing its holders with visa-free or visa-on-arrival access to 124 destinations worldwide, including Hong Kong, Russia, Singapore, Turkey, the UAE, and the countries in Europe’s Schengen Area. The official language is Montenegrin, while Serbian, Bosnian, and Croatian are also spoken. The official currency is the euro.

The president is chief of state and is directly elected for up to two five-year terms. In 2013, President Filip Vujanović was reelected with 51 percent of the vote. Miodrag Lekić of the main opposition Democratic Front (DF) followed with 49 percent. Opposition supporters protested the results, alleging fraud, and boycotted the parliament for two months; the boycott ended after parties agreed to investigate allegations of the ruling party’s misuse of public funds—a complaint common in Montenegrin elections and one which has prompted public mistrust in electoral processes. The Organization for Security and Cooperation in Europe (OSCE), which monitored the election, said the poll had been competitive and that “fundamental freedoms of expression, movement, and association were mostly respected” during the campaign.

All citizens have full political rights and electoral opportunities. Small political parties representing minority interests participate in the political sphere, and minorities are represented in larger parties, though the Roma minority is underrepresented. In the 2016 elections, voter materials were provided in the Albanian language, but not Romani.

China’s One Belt One Road initiative could be the most ambitious infrastructure plan in history. With more than $900 billion committed across four continents, it’s already the biggest sovereign infrastructure project ever conducted. But it’s also a leap of faith towards a goal of reshaping global trade by reconnecting places along the historic Silk Road trade route with new ports, highways and railroads.

While most of the projects are concentrated in Asia, China has also extended the initiative beyond its natural sphere of influence. Since 2012, it has made $15 billion worth of infrastructure commitments across central and eastern Europe. For a country like Montenegro, one of Europe’s smallest and poorest, China’s business represents a massive opportunity — and a massive risk. When the Chinese government guaranteed a loan to Montenegro to finance the construction of one 25 mile stretch of its first-ever highway, one condition was that a Chinese state contractor would do 70 percent of the work. But the World Bank believes that the Chinese loan — which Montenegro will pay back between 2020 and 2040 — is a threat to Montenegro’s long-term financial stability. VICE News Tonight traveled to the highway to find out where exactly it’s leading.