“legend or real”
In 1885, an American entertainer turned explorer named William Leonard Hunt traveled to the Kalahari under the pseudonym, Guillermo Farini. He traveled with a team that included his son Lulu.   While traveling through the semi-arid wasteland, Farini is said to have come across what appeared to be ancient ruins consisting of large stones held together by cement and stone walls, which formed semi-circular structures. He also looked for any symbols or evidence of a writing system but found none. Farini claimed that this represented the remains of a lost civilization which had once existed in the Kalahari Desert. 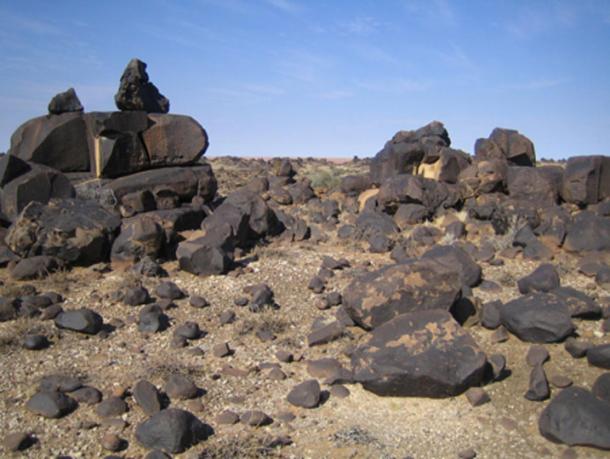 One major objection to the existence of the city is that the Kalahari Desert has an incredibly dry climate, making it unlikely that an ancient city once existed within its sand-blasted bowels. The Kalahari Desert is a semi-humid to semi-arid region within the larger Kalahari basin that covers most of Botswana and parts of Namibia and South Afrca. It is technically a savannah.

The northern part gets slightly more rain which allows for the existence of grasses and other types of vegetation that attract many types of grazing animals . The southern part of the savanna is drier and consists of more dune fields.

Because it is so dry, there are not many human communities within the Kalahari Desert. One human population that is known to live in the Kalahari is the San people or the ‘Bushmen’. The Bushmen have lived in the region for thousands of years and may be among the oldest continuous human populations in the world. The archaeological record suggests that the people of the Kalahari have been mostly hunter-gatherers for the majority of human history and there is little evidence that they ever had settlements larger than small villages.

In 1964, an explorer and academic named A.J. Clement retraced what he believed to be the actual route of Farini. He did not find any remains of human settlements , but he did find unusual rock formations made of dolerite. Dolerite is a mafic, intrusive igneous rock that has a grain size intermediate between basalt and gabbro.

Expeditions continue to this day. Two of the most recent expeditions were launched in 2013 and 2016. In 2013, a search was done through a research project called the Marcahuasi Project which used Google Maps to assist them in finding any anomalies that could represent artificial structures. This search was probably the most high-tech search so far but turned back nothing that was indisputably from a lost city.

The Lost City of the Kalahari is a historical mystery of exploration and archaeology dating to the end of the 19th century. The history reports the existence of a ruined city found in the Kalahari Desert in southern Africa. In 1885, the Canadian Guillermo Farini (pseudonym of William Leonard Hunt) was one of the first westerners to cross the unexplored portion of the Kalahari. On his return to Europe, he published a book detailing his experiences which included descriptions of unusual rock formations which he believed to be ruins of hitherto unknown buildings. Farini subsequently presented a paper to the Royal Geographical Society (it was read in his absence and photographs taken on the exhibition were publicly exhibited, increasing his notoriety and that of his journey.

Spirals of the Kalahari

Verneuk is Afrikaans for to trick, mislead, screw or swindle. There are over a 100 of these spirals on various places across the dry salt pan. The spirals range in diameters of 20 metres up to 250 metres with various zig-zags between spirals. There are long straight lines running for tens of kilometres that resemble something close to a triangular formation The pan is ideal for aero towing operations as you can launch and land in any direction you choose. During the seasons many birds flock to the pans, when they contain water. The surface is completely flat, claimed to be estimated 57 kilometres (35 mi) long and 11 kilometres (7 mi) wide.

In the Karoo region of South Africa, mysterious spiral shapes carved into the ground have attracted conspiracy theorists who liken them to the famous geoglyphs in the Nazca desert.
https://www.youtube.com/watch?v=z81jCwbJ6mk&t=2s

Comparable to the Nasca Lines in size, and even more impressive in intricacy, a potential massive lost city or site has been revealed in an area of the “verneukpan” an inhospitable area of salt flats in southern Africa .

For over a year now, a young determined Dutchman has been using Google earth to map the world’s ancient sites, very much a crowd-sourced project, with over 900 place markers so far of sites that are known about and links to Wikipedia articles about them.

Archeomaps is the brainchild of Jaimy Visser, who posted this image yesterday on his facebook page http://www.facebook.com/Archeomaps after Shaun Kirwen brought it to his attention.

Jaimy had found that in his research he was finding many unexplained circular structures around the globe and started project “Esthar” to try and map these as well, in the process he has found huge areas of desert with evidence of similar ancient civilizations around the globe though none quite as striking as these which bear resemblance to carvings at Knowth , Newgrange, Malta and various other prehistorical sites.