A deadly disease breaks out in Hamburg. In a quarantine camp, a doctor, a young woman, a hotdog vendor and an anarchist in a wheelchair get to know each other. Together they manage to escape. The small group tries to break away to the south, but their trip becomes a chaotic odyssey through Germany.    Old movie of 1979 – photos on internet of the movie. 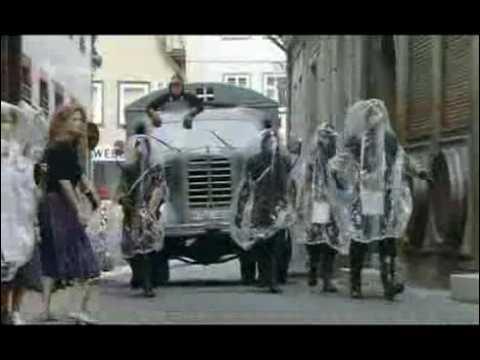 The Hamburg Syndrome (Die Hamburger Krankheit) is a pandemic science fiction film from 1979, directed by Peter Fleischmann. In this video you can see short extracts from the film.

Anyone seen Watchmen the film/ 1985 graphic novel? Where they get the science fiction writers and artists and fellow ‘imagineers’ to imagine a false flag emergency that they are planning for the West in order to reshape world order? Science fiction author Alan Moore was hearing about this very thing happening to his fellows in the years leading up to his book. Slowly the rumours were trickling out. Well, look at that – there’s a 1980 Dean Koontz novel mentioning a virus from Wuhan. See also this 1979 film from loony left wing CIA controlled West Germany. 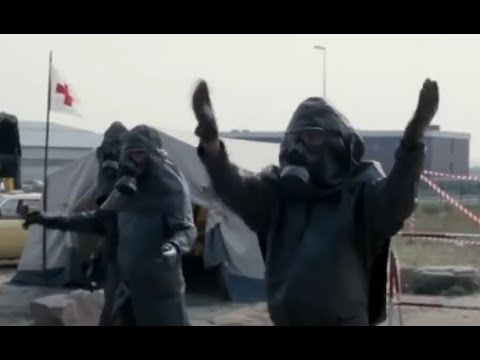 
The film opens with a conference—a euphoric call to arms—on human longevity.

A speaker bellows to a tired crowd, “Nobody denies that death is something natural, but mankind has proven more than once that it controls nature!” Meanwhile, a contagious disease spreads through the streets of Hamburg, leaving its victims in the fetal position.

Helmut Griem (THE DAMNED, THE DESERT OF THE TARTARS) plays the charistmatic Professor Sebastian Ellerwein. While the bureacrats are quick to pull the trigger on some kind of grand scheme to assure the masses, Ellerwein cautions against fighting what one doesn’t understand. Yet he’s alone in this opinion. Pandemonium ensues. The State rushes in to impose some semblance of order, desperate to pin the virus on anyone it can. The citizens react like mad hogs and turn on each other as earthquakes shake the city and men in white jumpers snag beautiful women off the streets.The mechanism of scapegoating thematized in HUNTING SCENES FROM BAVARIA returns on a vaster scale.

Jean Michel Jarre’s synth-laden soundtrack meshes seamlessly with this frenzied dystopia, and the cast is rounded out by the incorrigible, wheelchair-bound Fernando Arrabal in his last film apperance. The false promises of modernist utopian schemes have rarely been as effectively exposed as they are in THE HAMBURG SYNDROME.


Part of the series:


Hardly anyone seems to have heard of Peter Fleischmann. This in spite of the fact that from 1969 to 1989 he made half a dozen features with some of the most celebrated talents of French and German cinema. After an education at the Institut des Hautes Études Cinématographiques and a discipleship with Jacques Rozier (one of the lesser-known names of the French New Wave), Fleischmann recruited a handful of actors from the stables of his New German Cinema companions and shot his first feature, HUNTING SCENES FROM BAVARIA. Later in the same year, he and Volker Schlöndorff started Hallelujah Film, an independent production company that would go on to produce most of Fleischmann’s own films, as well as films by Schlöndorff and Louis Malle. During his motley career, Fleischmann hopped adroitly between genres, from formally restrained play adaptations to buddy cop movies, soft-core pornography, and medieval sci-fi epics. Despite collaborating with the likes of Jean-Claude Carrière, Hanna Schygulla, Alain Derobe, Michel Piccoli, and Fernando Arrabal, Fleischmann has not become a household name even in cinephile circles in this country. This series is Spectacle’s attempt to help bring more attention to his stylistically eclectic, pan-European body of work than it has thus far received.