Who was Mandela’s friends and helpers during the so-called apartheid, which the British and black/khoisan created after Mfecane wars.   They have implemented the apartheid system in all the colonies of the British empire – not Dr Verwoerd, not us.     Dr Verwoerd did not implemented it, because segregation was already there in the name of British Crownland and Reserves.  It was changed under Verwoerd to give all of them independent countries like Botswana is today.   That was in line with international law that all people have an international right to rule themselves in their own areas and country.  They have all general elections to vote for their own leaders, have a choice of flags, emblems and national songs.   Regarding “walls” – to put a wall on borders, does not mean that it is “apartheid”, it is mostly on security reasons.  Other African countries do have wall on their borders.   The EU countries also have controlled borders – China as well.   Why can countries not decide to control their borders with walls? 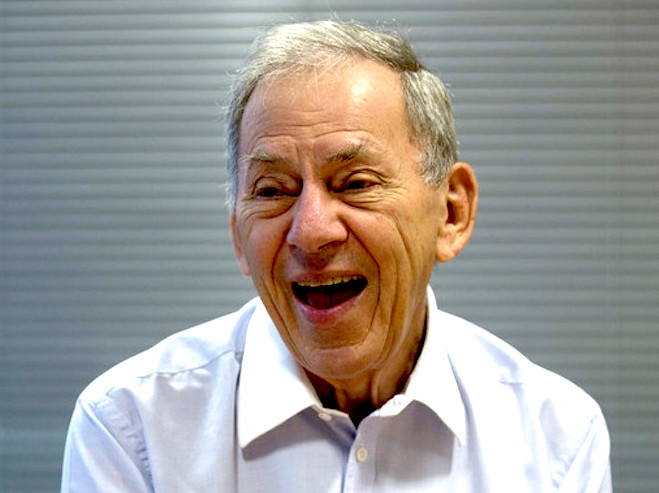 SOME MIGHT call Nathan Kirsh the ‘George Soros of Africa,’ yet another international, state-less billionaire Jew who funds radical, anti-White “socialist” causes, , such as South Africa’s Economic Freedom Fighters (EFF) lead by Julius Malema, while his family also exerts enormous control over Primedia, the largest media conglomerate in South Africa:

Two opposition parties EFF and the Democratic Alliance (DA) together with the DA’s MP Advocate Glynnis Breytenbach, are being funded by Nathan Kirsh, the director and owner of Israel’s Magal Security Systems which is complicit in the construction of Israel’s ‘apartheid’ wall.

Lord Renwick of Clifton who is a friend of Kirsh met the EFF in London in 2015.   It should be noted that the Breytenbach case was funded through the FW de Klerk Foundation — a foundation of Mr de Klerk, South Africa’s last apartheid President.   Kirsh thought such an ingenious funding of Breytenbach will not be detected. Moreover, cases against the government are funded through endowment funds from Kirsh,  Lord Renwick and George Soros.

It should be clear now why the EFF is ganging up with the DA in hung metros of JHB and Tshwane.Nathan Kirsh left South Africa in 1986 to settle in Swaziland in the mid-1980s. At the time of his departure he had benefitted greatly from so-called apartheid. He is now a resident of New York and London where he is teamimg up with Lord Renwick a blesser of the EFF who is hell-bent on pushing regime change in Southern Africa.

Magal Security Systems was founded in 1969 as a department of the Israel Aerospace Industries (IAI).

In 1984 Magal Security Systems was established as a private company, with some shares still held by IAI but with 24.2% of Magal Security System shares being held by Nathan Kirsh, through holdings in Mira Mag and KiCorporation, both of the companies are registered in Liberia.

The 24.2% stake in Magal Security Systems makes Nathan Kirsh its largest shareholder, Kirsh is also the Director of the company.   Nathan Kirsh’s Magal Security Systems in September 2002 won 80% of the tenders (totalling 19 million USD) published by the Israeli Ministry of Defence to install detection systems along 150 KM of Israel’s ‘apartheid’ wall in the Israeli Occupied Palestinian West Bank.

Following the 2004 ruling by the ICJ, two Danish companies, the Danske Bank and the Pensioner Bank (PKA) both decided to withdraw all investments from Magal Security System.

Please note what are some of their “goals” and “purposes”

The 2019 UK Sunday Times Rich List pointed to several local billionaires who call the United Kingdom home, and who aren’t tracked by Forbes – including South African/Swazi businessman Nathan Kirsh, Manfred Gorvy, Douw Steyn among others.  Cyril Ramaphosa is a wealthy man, there’s no secret there. However many South Africans aren’t fully aware of just how rich the nation’s leader truly is. Ramaphosa claimed that the majority of the nation’s wealth lies in the hands of predominately white men.  Not necessarily white men …