ALL lives matter – BLM is not a god to kneel down.    To expect “that one person of any colour to kneel down ” is racism, discrimination, communism and violation of human rights.    ALL lives matter.  Not only blacks.    Where is the respect to ALL lives matter? but only hate against others.      Sports minister Nathi Mthethwa has asked SA Rugby to make a pronouncement on the actions of eight South African players who refused to kneel in support of the Black Lives Matter (BLM) movement ahead of a match that was played in England at the weekend.   The eight South Africans were part of eleven players from the Manchester-based club who elected to remain standing during the pre-match activity ahead of an English Premiership match between Harlequins and Sale Sharks.   Who are the racist here – the minister himself to discriminate against those others that respect all lives matter. 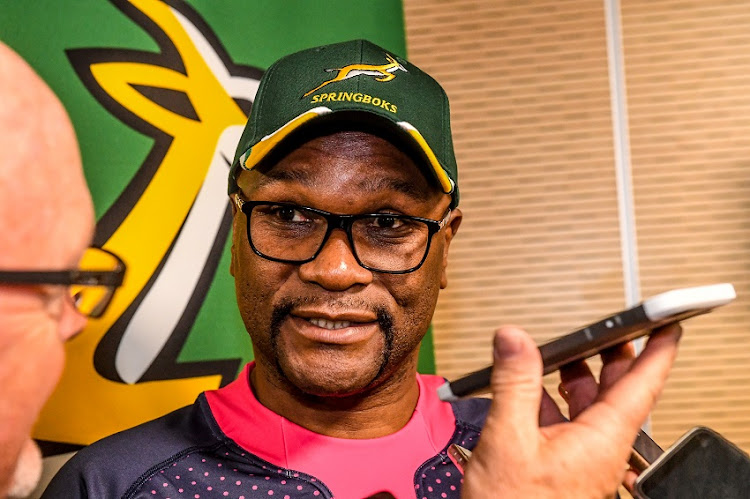 Those who did not kneel are Springbok World Cup winners Faf de Klerk and Lood de Jager‚ twins Jean-Luc and Daniel du Preez‚ their older brother Robert‚ Akker van der Merwe‚ Coenie Oosthuizen and club captain Jono Ross.    They all wore the ‘Rugby Against Racism’ T-shirts but their decision not to kneel has caused a massive uproar back home in South Africa and in other parts of the world.

“We do not want to jump the gun on the specific matter of the South African players in England who didn’t kneel in support of the BLM movement but we did say we want to understand what’s happening‚ and what is the position of SA Rugby in this whole thing‚” said Mthethwa.     The minister said the whole country united behind the Springboks during the World Cup in Japan last year and the actions of those who are displaying “racist behaviour and showing racist attitude” will not be tolerated.

“The first thing we noted is that they were wearing the t-shirts which support [the] BLM movement but they did not kneel‚” Mthethwa said.   “Upon seeing this‚ I interacted with SA Rugby through its president (Mark Alexander) and I asked him to explain what’s happening so that we are on the same wavelength.   “You must remember we were together at the World Cup in Japan as a country with some of the players and one thing which cannot be tolerated is when somebody is displaying racist behaviour and showing racist attitude.   “The president of SA Rugby did say that they are going to be having their own meeting and they will make their views known.”

A stern Mthethwa said government would take the necessary steps to deal with people who continue to undermine efforts to combat racism.   “I must underscore the point that there have been statements in the past coming from that quarter which seems to be identifying themselves with the BLM movement‚” he said.   “[The] BLM movement is important because the rot and the pain has been faced by black players here in SA.

“Racism is no longer in the statutes books but some are practicing it covertly and we are saying that we will hunt them down because we know the pain that is caused by this cancer called racism.    “We are ready to take whatever steps necessary to ensure that people toe the line and those who are racist are taught to embrace other people.     “If that doesn’t happen‚ government is going to come in handy to ensure that we do what the constitution mandates us to do.    “Non-racialism is not just something that is superficial but it has to come from the roots.