It was stated in Financial times that Donald Trump will extend a suspension of immigration into the US imposed in response to the coronavirus pandemic, banning green card applications for the rest of the year and introducing restrictions on other visa categories, including those for high-skilled jobs. 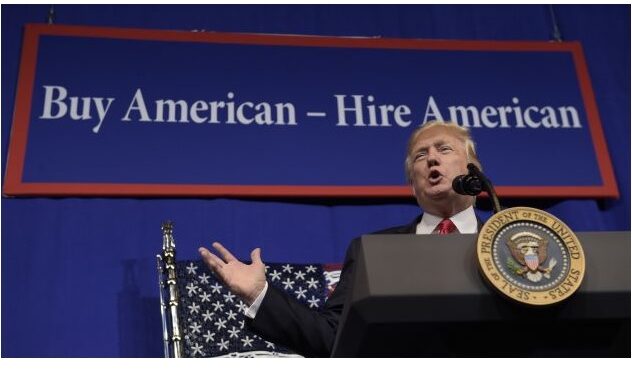 The chair person and chief executive of Cisco Systems who chairs the immigration committee of the Business Roundtable,  stated that business leaders had been adamant in explaining to the administration why it would be damaging to shut these programmes down.

Mr Robbins said they still have a talent shortage in the tech field and this may be a Canadian Jobs Creation Act. You can go to Toronto and hire people there and work quite effectively. That is the risk we run if we start to eliminate these programmes.”

Who will be affected?

The order blocks some individuals outside the US from settling permanently by obtaining what is informally known as a “green card”.

The measure applies to requests for permanent residence based on employment in the US and requests based on familial ties but contains several exceptions.

The order does not affect people coming to the US on non-immigrant visas, including tourists and business travellers. It also does not affect workers such as farm labourers entering the United States on temporary visas or skilled workers on H-1B visas.

Foreigners already in the US and seeking to adjust their status will not be blocked by the latest measure.

The immediate impact of the order was not clear since most US consulates around the world have already shuttered most immigration processing services.

Who is exempt? How long will it last?

Doctors, nurses and other healthcare professionals will be exempt, as will other prospective immigrants coming to the country to perform “essential” work to combat the new coronavirus, as determined by federal agencies.

The measure also excludes immigrants applying for the EB-5 visa programme, which allows foreigners willing to invest large sums of money in US projects that create or preserve jobs to obtain permanent residence.

The order makes an exception for spouses of US citizens and their unmarried children under the age of 21.

The measure contains several other exemptions, including a general exemption for “any alien whose entry would be in the national interest”.

The suspension will begin just before midnight on Thursday and last 60 days. After that, Trump will review US economic conditions and decide whether it should be extended. Future extensions could potentially be longer than 60 days, Trump said this week.