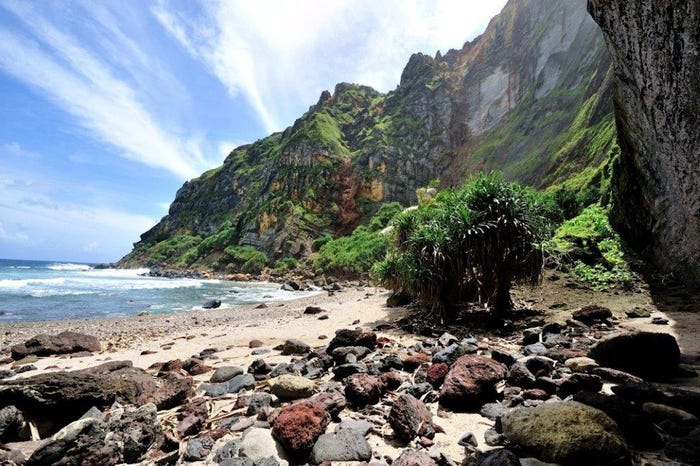 The area around the Pitcairn Islands is one of the most pristine places on Earth.

In 2012 National Geographic’s Pristine Seas project went on an expedition to the Pitcairn Islands—a legendary and remote archipelago in the middle of the Pacific Ocean—and returned with footage of incredible natural wonders underwater and on land.

About 60 people live on Pitcairn Island, most of them descendants of the Bounty mutineers from 1790 and their Tahitian companions. In September 2012, in response to the expedition, the Pitcairn Council voted unanimously to create a marine protected area in their entire economic zone, which extends 200 miles (322 kilometers) out from their four islands, three of which are uninhabited. Since the islands are administered by the U.K. as a territory, the new reserve required the support of the British government.

“Pitcairn’s waters contain some of the few pristine coral reefs left on the planet,” says Sala. “They also contain intact seamounts [submerged mountains] and deep-sea habitats that have not been touched by trawling and which harbor many species yet to be discovered by science.”

223 years ago this weekend, Fletcher Christian and 17 other  sailors held the domineering Captain Bligh at bayonet point against the mast of His Majesty’s Armed Vessel Bounty in the most famous mutiny in history. One month ago, National Geographic embarked on a journey through their footsteps, but with the very different goal of studying the pristine coral reefs of the area .

Back in 1789, British sailors in the Pacific mutinied on the HMS Bounty and settled on Tahiti and Pitcairn Island. While the mutineers on Tahiti were later arrested by the British, those on Pitcairn were able to start a community with Tahitian companions. In 1838, the Pitcairn Islands officially became a British territory, and today all of its residents are descendants of those original mutineers.

Sailor and photographer Tony Probst has visited Pitcairn four times since 2011, and natives have dubbed him the island’s ambassador. Here are some of his favorite pictures of life on Pitcairn.

Prior to the arrival of the mutineers, Polynesians were the first settlers on Pitcairn.