Strandfontein on the Cape West Coast (South Africa) started off as a small fishing village situated at the mouth of the Olifants River. This hidden gem, with its long white sandy beach, has now been “discovered” by the flower route visitors and by weekenders, who love the laid back atmosphere.  From late July to September you can hike along the beaches and enjoy spectacular wild flowers.

From August to November, the Southern Right whales, that can be seen up-close in the protective bay, come to Strandfontein to calve, and dolphins visit most of the year. During summer, holiday makers turn the town into a bit of a buzz. A safe tidal pool and playground will keep children entertained for hours.

As in the good old days, fishing at Standfontein is still a major attraction, especially for galjoen, while seafood like crayfish and mussels are plentiful – just remember to get a licence. Some of the best angling spots are in the town itself,  at the impressive rocky outcrops separating the sea from the town. Along the cliffs to the north of town are several productive fishing spots, the best being Third Point, which is clearly visible from the town. There is also a slipway for boats.

Jo Hobbs compiled and edited the 55 page Special Edition, a supplement to the Promerops magazine in April 1998, as a tribute to the Club, its members and their achievements. 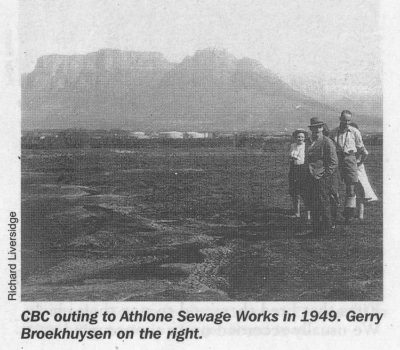 Cape Bird Club members started monthly bird counts in 1983 after the counts stopped at Zandvlei. Alan Morris and “his team” came to this new site as little data was available for this important bird area.  These monthly counts still continue under Dick Barnes.

A brief history of the Club. 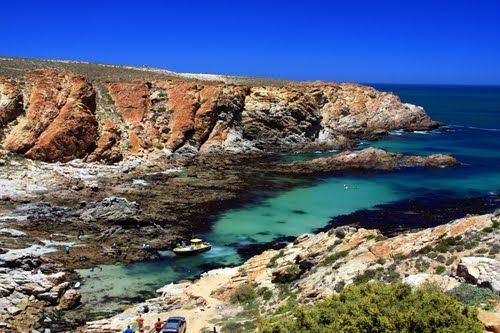 South Africa is the most economically developed country in the Afrotropics and its biological resources have been severely impacted by humans. Indeed, it is estimated that at least 25% of the land has been transformed, largely by agriculture,  urban  development, afforestation, mining and dams. In response to this biological impoverishment, South Africa has established numerous protected areas. In total, it has some 741 publicly owned protected areas, covering 74,956 km² and accounting for ca.6% of the country’s land surface area.