VERIFY: Dean Koontz did not predict the coronavirus outbreak in his 1981 book.

Social media users have linked a fictional virus called ‘Wuhan-400’ from a Dean Koontz book to COVID-19. But the connection is a serious stretch.   A deadly outbreak involving a new coronavirus named COVID-19 is now being connected to an unlikely person: author Dean Koontz.     Specifically, people claim he predicted decades ago this current outbreak, which has been traced back to Wuhan, China.

Some eagle-eyed fans recently started pointing out a passage from his 1981 book, “The Eyes of Darkness,” that discusses a virus called “Wuhan-400.”     On the surface, that seems like a pretty good start.    But what about the rest of the details surrounding the book’s virus? How do those aspects hold up compared to the real coronavirus outbreak we’re facing today? Not that well.

Did Dean Koontz really predict the current COVID-19 outbreak in his 1981 book “The Eyes of Darkness”?

While it’s true the virus in his book originated in Wuhan, that’s about where the similarities end. However, “Wuhan-400” wasn’t even the name of the virus in the original version of his book.

The Google Books preview of the 1981 original describes a virus called “Gorki-400,” named after the Russian city where it was created. It wasn’t until sometime later that the book changed the virus’ origin to Wuhan and called it “Wuhan-400”.    A version of the book with a 1996 copyright indeed calls it “Wuhan-400.” 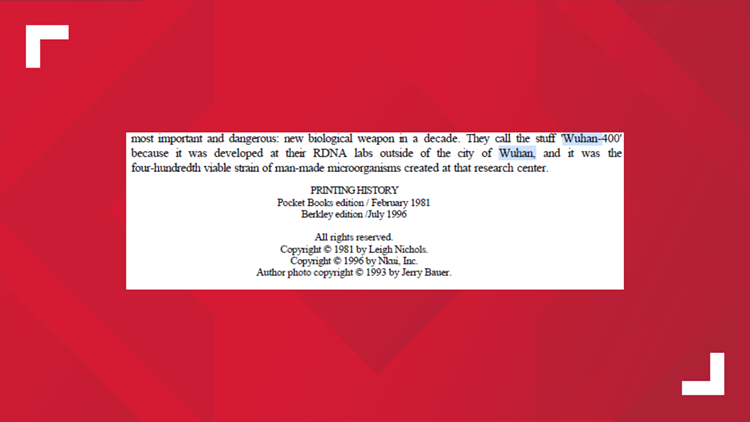 And while the virus in the Koontz novel was created in a lab, there is no evidence COVID-19 is man-made. While the World Health Organization is still evaluating the source of the virus, they believe it transmitted from animals to humans in a live animal market in Wuhan.

Which leads to another difference. The fictional virus in the book only impacts humans and “no other living creature can carry it.” The Center for Disease Control says past coronaviruses, like SAR …

The book’s virus also can’t survive outside of a body for longer than a minute. A previous VERIFY showed the CDC estimated the current coronavirus had a life span “in the range of hours” outside of the human body.

Another strike against this “prediction” is that the book’s virus has a mortality rate of nearly 100%. According to the numbers from the WHO’s February 24 situation report, COVID-19’s mortality rate is far less than that: it’s just over three percent.

So while the virus in Koontz’s book is (now) from Wuhan, the same city COVID-19 originated in, that’s about where the similarities end. 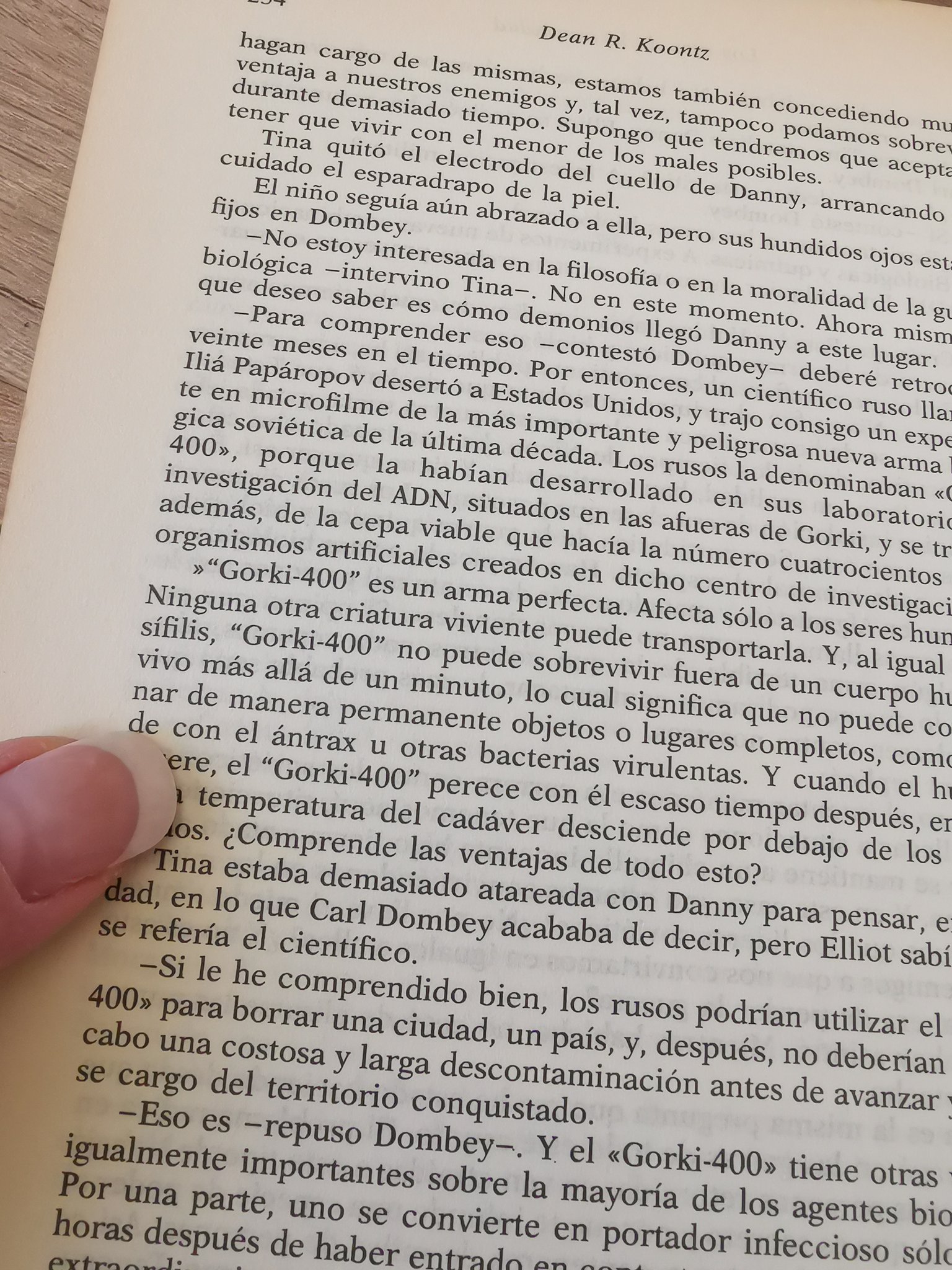