The government is sitting on an economic stimulus goldmine but is not exercising it despite having access to companies, businesspeople and tried-and-tested methods that could unlock a stimulus package for the fiscus the likes of which have never been seen before.  The good news is that Finance Minister Tito Mboweni has emphasised that now is the time to move away from self-enrichment policies, and to look at vehicles that can help unlock true economic prosperity for the country. 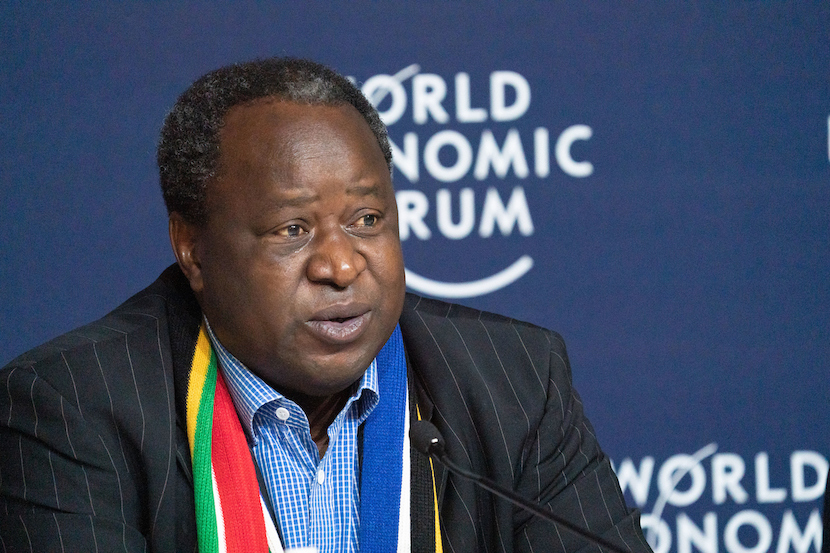 The Government is constantly looking for new sources of revenue; as Tito Mboweni said at a news conference in Davos last week, he will grab any taxes he can lay his hands on. With growth slowing down and Eskom casting a gloom over the economy, the situation has become acute, while South Africa risks losing its investment credit rating from Moody’s if it does not find a solution to the problem that is Eskom. At the same time, it has the task of uplifting a large section of the population that has been left behind and in the case of land – as that voice became stronger and accused the ANC of not being able to deliver its promise of a better life for everybody – the alliance resorted to more desperate measures, including the policy of land distribution without compensation. Despite warnings from various sectors of the economy that it would deter investment, the ANC government went ahead with its plans and the Expropriation Bill is expected be introduced into the legislature of South Africa this year. Brian Azizollahoff, the Managing Director of Property offers another solution to the issue of land and property ownership and how to fill a big black hole in the fiscus: government should unlock its massive property portfolio. – Linda van Tilburg.

The government is sitting on an economic stimulus goldmine but is not exercising it despite having access to companies, businesspeople and tried-and-tested methods that could unlock a stimulus package for the fiscus the likes of which have never been seen before.

The good news is that Finance Minister Tito Mboweni has emphasised that now is the time to move away from self-enrichment policies, and to look at vehicles that can help unlock true economic prosperity for the country.

In light of Mboweni’s proposal, it’s possibly a better time now to speak to the right people. Essentially, what the idea centres around is the fact that the government is the largest owner of property in the country. There’s an opinion that says the private sector is larger because it would appear that most land (such as farms) and buildings are owned by the private sector, but I am not sure that this is an accurate assessment. My sense is that in fact most land and buildings are owned by the government.

Despite there not being an accurate asset register, it is commonly accepted that the government owns somewhere around R1.5-trillion of buildings, compared to the entire listed sector where the market cap is between R600bn and R700bn, with the value of its assets just under or around R1-trillion. On this basis, the government is the largest property owner by value of assets.

In terms of land, I would venture to say that the government owns more land in this country than the private sector. Without an accurate register it is difficult to really know, but my gut feel is that this is the case. In the rural areas and in many urban areas, for example even in the middle of Hyde Park, there is vacant land owned by government!

The government needs to unlock some of the value that is inherent in such a large portfolio. What I am suggesting is a principle where the government aggregates a portfolio of properties and lists it on the JSE as a listed property entity, in the same vein as a Resilient or Growthpoint or Arrowhead. There are any number of investors in the market, small and large, who would be keen to invest in such a portfolio.

Once listed, the company can grow, since it has the ability to use its own shares as “currency” to acquire additional properties. It can raise mortgage funding from the banks for expansion. It’s in charge of its own destiny, with an independent board and its own management. This could all be achieved with a government portfolio, because the government is the owner of the assets and doesn’t have to acquire the properties in order to list a portfolio.

For example, let’s say the government aggregates a portfolio of R10bn or R20bn. It can be made up of any type of property, even railway stations or prisons – because the value of property is not in the bricks and mortar, but in the cash flow. The government then signs a 20-year lease over the properties, effectively making it a government bond underpinned by property assets. On listing, the shares are offered to the market, in the same way as was done by Telkom. Hypothetically, the shares could be listed at R1 or R2. It’s a way to encourage saving: people put money into an investment, and benefit from the escalations.

What I’m suggesting is not a new concept: what has already been done in the listed space can be replicated utilising government-owned properties. As the owner, the government doesn’t need anyone’s permission and does not even have to go to tender because it is offering these properties to the public at large, through a vehicle that will be listed on the stock exchange. From a BEE point of view, the company appoints the board and management. It would be in a position to appoint a black CEO, CFO, management team and board. And once management is in place, the issue of skills transfer can be addressed.

In this example, the listing would introduce R20bn or more into the fiscus that could be utilised to reduce government debt. Yes, it means monthly rentals – but the rentals are offset by the interest savings on the debt. If it can be done once, it can be replicated again and again.

Remember: these entities would be run as businesses. The buildings would have to be well managed, because otherwise tenants wouldn’t renew leases. Management would have to focus on growing the business. As the company grows – and the economy hopefully stabilises, and we start to see some compression in yields – the company could issue paper for acquisitions and development. Clearly, being a listed entity, the company would have access to the debt market, and could raise debt for growth and expansion.

As an investor, you’d be buying a government bond at a decent yield – a good way of diversifying or gaining some exposure to property. But it would have to compete in the market as an investment vehicle that would be as effective as its management and board of directors.

The larger and more diverse the shareholder base, the better. The man in the street should be the target – because this is how you ensure that property ownership is accessible to the masses, rather than just enriching individuals (which is what historically transpired in many property transactions involving government). The government will effectively sign leases with a black-owned and black-controlled entity, and hopefully the majority of shareholders will be the people of South Africa – who will then own these property assets.

Such an initiative cannot be driven from the ground up. It would require intervention at senior levels of government to motivate and advance the process. The challenge will be that if the government were to overly complicate it with onerous procedures and regulations, it would probably never see the light of day. But it doesn’t have to be that way. All that is required is for the Department of Public Works to identify a portfolio of properties owned by, for example, national government, which could constitute the first such entity. As mentioned, there is no need to go through a tender process: A corporate finance company with listed property experience, could advise and assist in putting together a team: the CEO, CFO and the management and advance the listing process.

As is the case with anything, you can make it complicated… But it really is relatively simple and straightforward. I am not minimising the work required or the complexity of the regulatory environment, but if you’ve followed how many listings there have been of property companies over the past 15 to 20 years, you have some idea of how relatively simple it is. Let’s not forget that those companies had a much bigger challenge because they first had to aggregate a portfolio, raise capital, raise debt, secure shareholders… In this instance, there’s no need: all those elements are already taken care of.

I would like to think of it as low hanging fruit when it comes to transformation in the property sector.

Team South Africa, led by Minister of Finance, Tito Mboweni, supported by several Cabinet Ministers, the Central Bank Governor and business give an update on key outcomes emanating from engagements at the UK-Africa Investment Summit and the World Economic Forum in Davos.