Iraq’s parliament called on Sunday for U.S. and other foreign troops to leave as a backlash grows against the U.S. killing of a top Iranian general, and President Donald Trump doubled down on threats to target Iranian cultural sites if Tehran retaliates.    Deepening a crisis that has heightened fears of a major Middle East conflagration, Iran said it was taking another step back from commitments under a 2015 nuclear deal with six major powers.  Iran struck back at the US early Wednesday for killing General Qassem Soleimani, firing a series of ballistic missiles at two military bases in Iraq housing US troops in a major escalation between the two longtime foes. 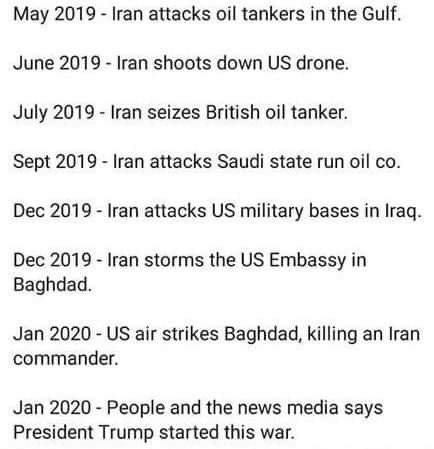 Recent reports say that many of the missiles launched by #Iran missed the targeted #US military bases in #Iraq.

Recent reports say that many of the missiles launched by #Iran missed the targeted #US military bases in #Iraq.@chrismooref24 has the latest ⬇️#IranAttacks pic.twitter.com/DBc40Ptg5S

Iran says it has launched “tens” of surface-to-surface missiles at Iraq’s Ain Assad air base housing U.S. troops over America’s killing of a top Iranian general.