Is Earth at some places just  a wasteland. Earth is a gigantic ancient quarry and mine field.    In South Africa there are more than 8000 mines (mostly open cast and polluted), with no rehabilitation at all.     Or were some mountains giant trees – millions of years ago, also in South Africa? 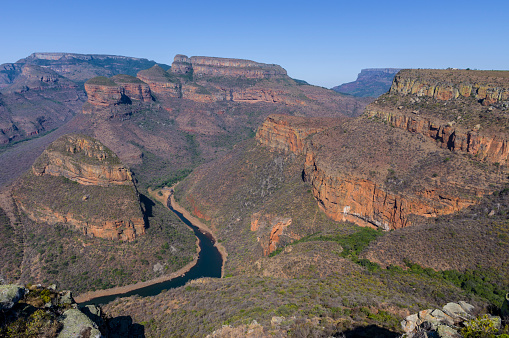 *
Many mountains we see today are actually ancient giant tree stumps. Where did they come from? Who cut them down? Why don’t we have anymore giant trees in the world..or do we?

Look again at some photos

The spectacular Drakensberg, meaning “Dragon Mountains,” is one of the most popular vacation destinations in South Africa.  And, it’s no wonder that it has earned this name because some of the peaks are mammoth in size and stature. The average height of the range is 2 900 metres. However, it is home to some of the country’s highest peaks, which surge up to 3 482 metres above sea level.

Between and amongst these peaks are plateaus, valleys, slopes, and incredible mountain passes that make for some of the best hiking, walking and cycling adventures in South Africa.

Incredible finding by the Russian scientist, who proves that our planet is an enormous quarry which doesn’t belong to humans. Somebody was mining earth for many thousand of years, reshaping the continents, creating mountains and sand deserts, re-directing the rivers and erecting volcanoes (the gigantic Spoil Tips). It looks like they still do it now at the bottom of the ocean, extracting gold and rare earth elements, growing mineral concretions in the salty water like we grow potatoes on a fields. They use humans for some dirty works, like pumping out oil from the undergrounds, as it’s obstructing the access to the more valuable stuff. That’s why they force us to use oil as the main source of energy. Play video on a big screen. Take very careful look and see for yourself.

I show GIANT Crystal Trees out in the desert where they were discovered in Arizona a long time ago. These trees of stone are said to be 218 million years old, but I show new evidence that shows it does not take long to turn trees into stone…