Tetra4’s Virginia Gas Project comprises exploration and production rights of 187 000 ha of gas fields across Welkom, Virginia and Theunissen, in the Free State.   The source of the Virginia Gas Project’s natural gas is primarily microbial. It originates from deep within the Witwatersrand Supergroup, via groundwater circulating through large faults and contacting bacteria deep within the earth’s crust. This means the methane is a biogenic and a continuing renewable resource. Our ‘wellhead to tank’ strategy, which sees Tetra4 beneficiate gas and supply refined products directly to the customer.
South Africa becoming the eighth country in the world to export helium.  What is their B-BBEE status? 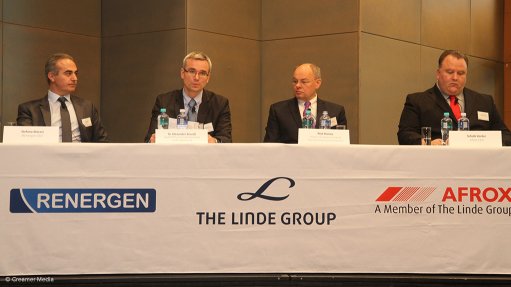 2018 – Renergen previously released an updated independent reserve review for its Virginia project, a 187 000 ha area of gasfields spanning across Welkom, Virginia and Theunissen, in the Free State, which included quantified results of recoverable helium-4 resources, at 6.2-billion cubic feet on a discovered commercial basis.

The Virginia project had previously been valued at about R6.6-billion, according to consultancy Venmyn Deloitte’s valuation.

The updated review now values the project at R8.4-billion. Renergen CEO   Stefano    Marani points out that the increase is based on numerous factors, including increased helium reserves, a more favourable oil price and a more formal evaluation of the helium reserves.

The reserve review was undertaken as a result of a condition precedent in an agreement with Renergen’s credit facility provider, the Industrial Development Corporation, obligating Renergen to have an independent expert verify the resource. Renergen decided to combine the independent expert report, compiled by US petroleum specialists MHA Petroleum, with an updated report on the field, with a specific focus on assessing the helium in the reserve.

The independent reserve review estimates contingent helium reserves in the area to be up to 25-billion cubic feet. Helium is found within natural gas in concentrations typically up to 1% by volume of the gas released; however, the updated reserve review shows that the latest well drilled in the Virgina project contains a concentration of almost 11%.

Marani says this ensures the liquefied natural gas (LNG) production balances out with the helium production to ensure sufficient supply in relation to LNG demand in South Africa, unlike, for example, helium reserves in Qatar being 0.4% concentrated, meaning there is an oversupply of LNG along with it.

Marani tells Engineering News Online that the company’s prime focus is to finish up final studies at the Virginia project to finalise the amount of necessary capital expenditure, procure drilling equipment and services, build a reticulation network and go into production by the third quarter of 2019.

The total projected capital expenditure to roll out the first phase of production is about R400-million. To bring the Virgina project into full-scale production – including the production of LNG – will cost between $15-million and $20-million.

Renergen in May 2016 signed an offtake agreement and distribution rights for the helium with US-based leading gas and engineering company Linde Global Helium. Marani notes that soon all of South Africa’s helium and LNG will be produced locally, instead of being imported.

Further, all excess amounts of helium will predominantly be exported, owing to the anticipated depletion, in 2021, of the US Bureau of Land Management’s (BLM’s) helium reserve, which is currently the largest supplier of helium globally.

He adds that, as it stands now, demand outstrips supply, and as one of the key uses for helium is in the medical industry and with China’s growing middle class now getting access to better healthcare, the demand pressures are compounding, making this helium discovery in South Africa a globally significant one for the helium market.

South Africa uses about 350 kg of helium a day, which is largely consumed by the medical industry for magnetic resonance imagining machines, fibre optics and electronics such as microchips, as well as in specialised welding applications.

Renergen COO Nick Mitchell explains that, based on Renergen’s five-year production mark, it is feasible that the company can produce between 1 000 kg and 1 500 kg of helium a day – which could increase to around 5 000 kg of helium a day once it taps into the contingent reserves.

“Prior to the environmental authorisation being granted in September 2017, the company had spent around R150-million on exploration and construction of the first compression plant, which services transport operator Megabus,” notes Mitchell.

Moreover, in terms of challenges, Marani states Renergen has an established contracting methodology to reduce construction risk. “Fortunately, most of the equipment is plug-and-play and is containerised, so we can limit exposure in this regard.”

Additionally, the reticulation network to collect the gas is low pressure and made from plastic, so its installation is quite straightforward.

“Our final milestone is raising the equity, which we will approach the market for when we are satisfied that all the boxes have been checked,” he concludes

An agency of the United States government has agreed to lend it more than R600 million to build a gas plant in the Free State, the JSE-listed Renergen announced on Wednesday, shortly after the signing of the deal.   The agency, the Overseas Private Investment Corporation (OPIC), will lend Renergen $40 million over 12 years, at a rate linked to price of US bonds, making for what the local company calls an “efficient source of capital”.

The loan also has a built-in grace period of around three years before the principle debt will become due, which Renergen says will give it time to build and commission it Virginia Gas project.   Renergen plans to extract and refine liquefied natural gas (LNG), which has a wide range of applications but is commonly available – as well as much more scarce helium.   The company has detected very high concentrations of helium in its test wells, high enough to make it a major global producer of helium.

Helium is critical in fields such as high-tech manufacturing and for some types of rocket engines, and is also used in MRI machines and many devices where super-cooling is required. But its unique properties also make it nearly impossible to store for a long period; container can typically hold it for around 45 days. 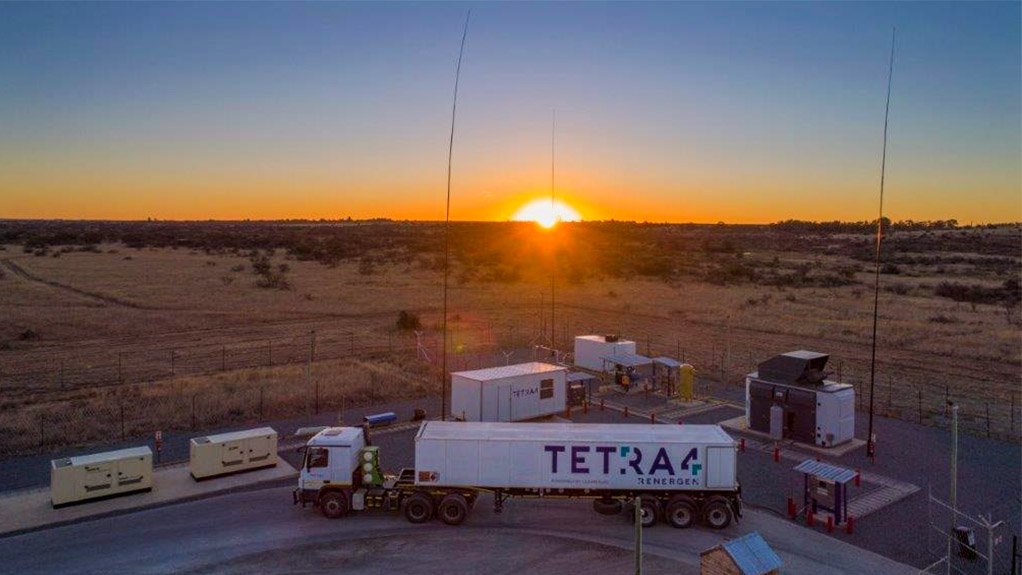 Renergen is fully funded for stage one development of its flagship Virginia Gas Project in South Africa. This initial phase of development will produce c 19k tons of LNG and c 112 tons of helium per year. We estimate cash flow from operations of c ZAR91.0m, after first production in FY22. We value Renergen based on the monetisation of the company’s audited 2P reserve base, on the basis of staged development as set out in the company’s ASX IPO prospectus. Key investment considerations include the pace of LNG adoption in the South African trucking market and realisable LNG prices. Our risked valuation, inclusive of the company’s entire 2P reserve base (net 138.3bcf of methane and 3.3bcf of helium), is ZAR20.5/share.

Renergen is an emerging producer of helium and liquefied natural gas (LNG), with existing production and sales of compressed natural gas (CNG). Renergen was listed on Johannesburg’s AltX securities exchange in June 2015 as South Africa’s first listed alternative and renewable energy company. Renergen listed on the Australian Securities Exchange (ASX) on the 6 June 2019, with the code RLT.

Renergen’s principal asset is its 90% shareholding in Tetra4, which holds the first and only onshore petroleum production right in South Africa, giving it first mover advantage on distribution of domestic natural gas. The production right was issued by the DMR and is valid for 23 years. Tetra4’s Virginia Gas Project is located in the Free State, approximately 250 km southwest of Johannesburg.

The exploration right covers a large area where gas emitting boreholes were identified through other mineral exploration activities. Several of these boreholes are flowing gas at high production rates, with high concentrations of helium, and have been doing so for decades. The Virginia Gas Project also benefits from being in operation, with a pilot compressing station producing CNG for use in buses in the area.

Following the DMR’s award on 29 September 2017 of an Environmental Authorisation to construct all mid-stream and downstream facilities, Tetra4 has met all regulatory deliverables and contractual award of the New Plant is expected by June 2019, followed by completion and commissioning within 21 months.

Renergen is listed on Johannesburg’s AltX securities exchange as well as the Australian Securities Exchange (ASX).

Renergen’s principal asset is its 90% shareholding in Tetra4, which holds the first and only onshore petroleum production right (issued by the DMR) in South Africa which is valid for 23 years.

Tetra4’s Virginia Gas Project is located in the Free State, approximately 250 km southwest of Johannesburg. The natural gas contains one of the richest helium concentrations recorded globally. The natural gas is also very pure with an average of over 90% methane, and almost zero higher alkanes, which reduces the complexity of liquefication.