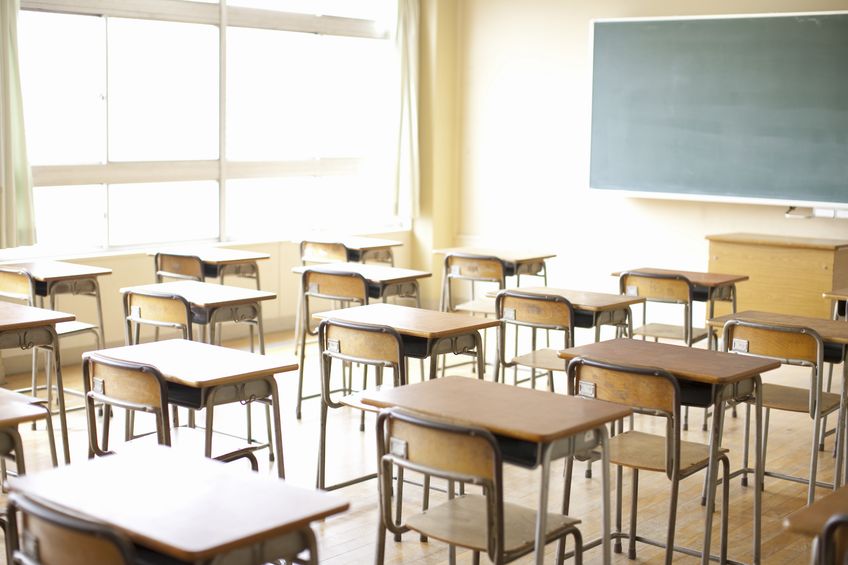 Parents should provide a better and sound foundation about sex education to their own child (ren),  the parents themselves know their children, are educated and mature enough to better protect their own children from a young age.   They must spend time with their children,  there are many books that can be used to inform the child. It also includes security and safety, for example. not getting into foreign vehicles.

Is important that parents teach their own children the responsibility, they wanted to be informed where they are and teach the child responsibility not to do afterwards things that the child will later regret.    Parents should teach their children sex education, and not strangers. It doesn’t belong in a school. If children are informed by exploitative parents, this will not happen either.   It can happen so quick …

Sex counseling and rape prevention should be provided in a parent’s home, precisely to prevent exploitation.   Not by teachers or the authorities.   Parents must be responsible to their children.

Articles on 2 October 2019 stated that South African teachers preying on pupils are among the more than 600 cases being investigated across the country’s schools involving educators.   There was already 32 teachers fired by the Department of Education in the last financial year for various misconduct charges, including rape.   Do you want your children part of this, and this is happening all over, what about those quiet cases?

In its annual report tabled during a Parliament meeting on 1 October 2019, the South African Council for Educators (SACE) stated that more than 101 teachers had been hauled before disciplinary hearings on a number of charges.

It was revealed that it had investigated a total of 633 cases against teachers, and that 93 of these were for the rape and sexual assault of children at schools.  It added that out of 101 disciplinary cases, 67 teachers were found guilty, 11 were found not guilty and 23 cases had been withdrawn.  Also in the report, the organisation said that in some of the cases, 32 teachers had been dismissed.

However, it was pointed out that in five other cases, teachers were dismissed for a period and could later reapply to the department.     The cases which were withdrawn at the hearings owing to lack of co-operation by witnesses and parents,” read the report.  SACE has complained Parliament previously that parents and pupils fail to co-operate with them on rape and sexual offences charges against teachers.   There are still the possibility that adults  manipulate their involvement and denied it at the end.

There will be a huge problem if the “responsibility” became those kind of teachers’ duties to teach them sex education in the first place.   It will be unacceptable to most parents to send them to schools and there is no trust on such a sensitive issue with teachers.

Furthermore, in 30 other cases, teachers were barred but their dismissal was suspended for a certain period.

“A total of 633 complaints were received for the year compared with 550 that council had anticipated to process for the year. It must be noted that Sace has no control over the number of cases that may be reported to it in any financial year,” the organisation said, adding that there had been an increase in the number of cases reported for the misconduct of teachers.

The report by the council comes as the country grapples with child abuse and gender-based violence.

President Cyril Ramaphosa last week told an SA Democratic Teachers Union (Sadtu) conference in Nasrec, Johannesburg, that teachers must protect pupils and not abuse them.   That is correct – therefore it is better to educate teachers that.

The president has pumped in R1.1billion to fight gender-based and sexual violence against women and children.

Cases of sexual abuse by teachers have been going on for some time.

Sace is now set to face the portfolio committee on basic education on its annual report in the coming weeks.

The department has been under pressure in recent times to clamp down on teachers who are involved in sexual relationships with children.

A year ago a teacher in Manguzi, KwaZulu-Natal, was accused of impregnating five pupils.

It was later revealed that more pupils had been impregnated by the teacher over several years.

“We are very clear when it comes to that (rape and sexual assault) – there must be no sympathy from Sace. We are clear that people must be struck off the roll and not find their way back (teaching). We cannot have a teacher who impregnates five pupils,” said Maluleke of the KZN teacher.

He added that Sace should be allowed to continue its job of rooting out elements falling foul of the law.

Maluleke added that the Department of Education and Sadtu had to work together in dealing with these cases and in preventing theft and fraud.

South African Teachers Union operational director Johan Kruger said that teacher-pupil relationships had to be stopped, adding that the union had also had to deal with cases relating to some of its members.

The FF Plus still does not support the inclusion of such content in the life orientation curriculum for schools.

The party follows a Christian approach to life and the world and sex is seen as a God-given gift to be enjoyed inside of marriage.

The subject life orientation, however, is based on an entirely different premise. The presentation of the subject depends on the relevant teacher and the FF Plus wants to encourage all educators to maintain professional conduct and use good judgement when dealing with the learning content.

Proposed changes to the curriculum are first published before they are finalised and implemented. The FF Plus will keep a close eye on the matter and strongly recommends that churches, parents and other relevant institutions do the same. By doing so, timely and appropriate action can be taken.

Abuses of children – Some teachers are concerned about plans to teach young children about sex. The SAOU teachers’ union is questioning the inclusion of sex education from as early as Grade 4.

Education in the school should be designed to provide the child with better knowledge for a prosperous future and not to promote sex in the country or to combat rape.   Do not take responsibility away from the parents, they are the childrens’ parents, not the teachers.   Teachers are suppose to learn and teach the children specialised programmes.