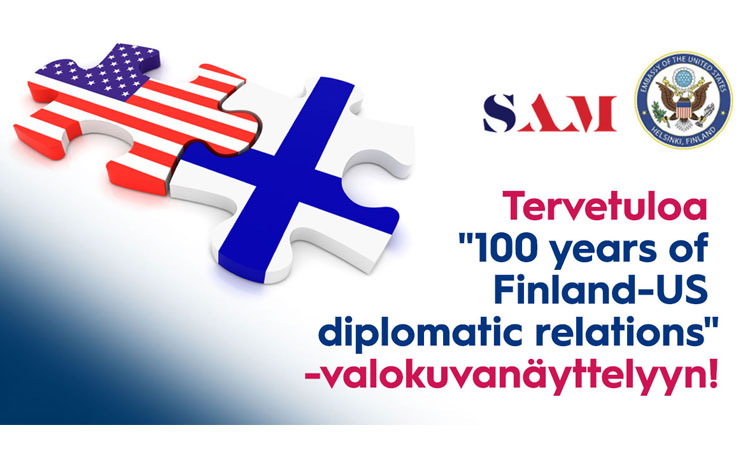 Diplomatic relations between America and Finland was established in 1919, following the 1917 declaration of independence from the Russian Empire.   The Americans severed their diplomatic relations with Finland in 1944 during World War II, due to Finland’s alliance with Nazi Germany.   U.S.-Finland diplomatic relations were re-established in 1945.   Finland is bordered on the east by Russia and, as one of the former Soviet Union’s neighbors, was of particular interest and importance to the United States both during the Cold War and in its aftermath. Before the Soviet Union dissolved in 1991, longstanding U.S. policy was to support Finnish neutrality while maintaining and reinforcing Finland’s historic, cultural, and economic ties with the West.    Finland has contributed to the advancement of technology and research, promotion of international economic development, and the defense of human rights and peace. The United States has welcomed Finland’s integration into Western economic and political structures. In 1994, Finland joined the North Atlantic Treaty Organization’s (NATO) Partnership for Peace program and was designated a NATO Enhanced Opportunity Partner at the 2014 Wales Summit. It became a full member of the European Union (EU) in 1995 and joined the EU’s Economic and Monetary Union in 1999.

Finland welcomes foreign investment. Exports from the United States to Finland include machinery, telecommunications equipment and parts, metalliferous ores, road vehicles and transport equipment, computers, peripherals and software, electronic components, chemicals, medical equipment, and some agricultural products. Imports from Finland to the United States include electronics, machinery, ships and boats, paper and paperboard, refined petroleum products, and telecommunications equipment and parts. Finland participates in the Visa Waiver Program, which allows nationals of participating countries to travel to the United States for certain business or tourism purposes for stays of 90 days or less without obtaining a visa.

PROMOTING A VALUED ALLIANCE: Finland is an important partner that supports American and international efforts to maintain stability and counter current security threats.

REAFFIRMING OUR ECONOMIC TIES: The United States and Finland share a thriving trade and investment partnership that greatly benefits both countries.

The presidency of the Council of the EU     –  A rotating presidency    – The current trio is made up of the presidencies of the Romania, Finland and Croatia.

The presidency of the Council rotates among the EU member states every 6 months. During this 6-month period, the presidency chairs meetings at every level in the Council, helping to ensure the continuity of the EU’s work in the Council.  Member states holding the presidency work together closely in groups of three, called ‘trios’. This system was introduced by the Lisbon Treaty in 2009. The trio sets long-term goals and prepares a common agenda determining the topics and major issues that will be addressed by the Council over an 18 month period. On the basis of this programme, each of the three countries prepares its own more detailed 6-month programme.