Designed by Olso studio Reiulf Ramstad Arkitekter, the Community Church Knarvik is an awe-inspiring mass of sharply angled timber that harmoniously complements the Norwegian city of Hordaland’s mountainous terrain. A modern twist on the medieval-style stave church, this contemporary chapel is clad in light-colored pine and rectangular strips of glazing to create a light-filled indoor environment.

This 800 year old stave church made entirely from wood without a single nail. Borgund, Norway. Reiulf Ramstad Arkitekter was awarded the bid to design the Community Church Knarvik in a 2010 design competition. To show respect for the environment, their winning design carefully adapted the Christian church to its rocky seaside terrain. The architects clad the exterior with pre-weathered strips of pine and gave the church a sharply angled form to blend the architecture into the rural, mountainous surroundings. The three triangular roof planes that ascend upwards make the church look as if it were opening up to the Heavens. 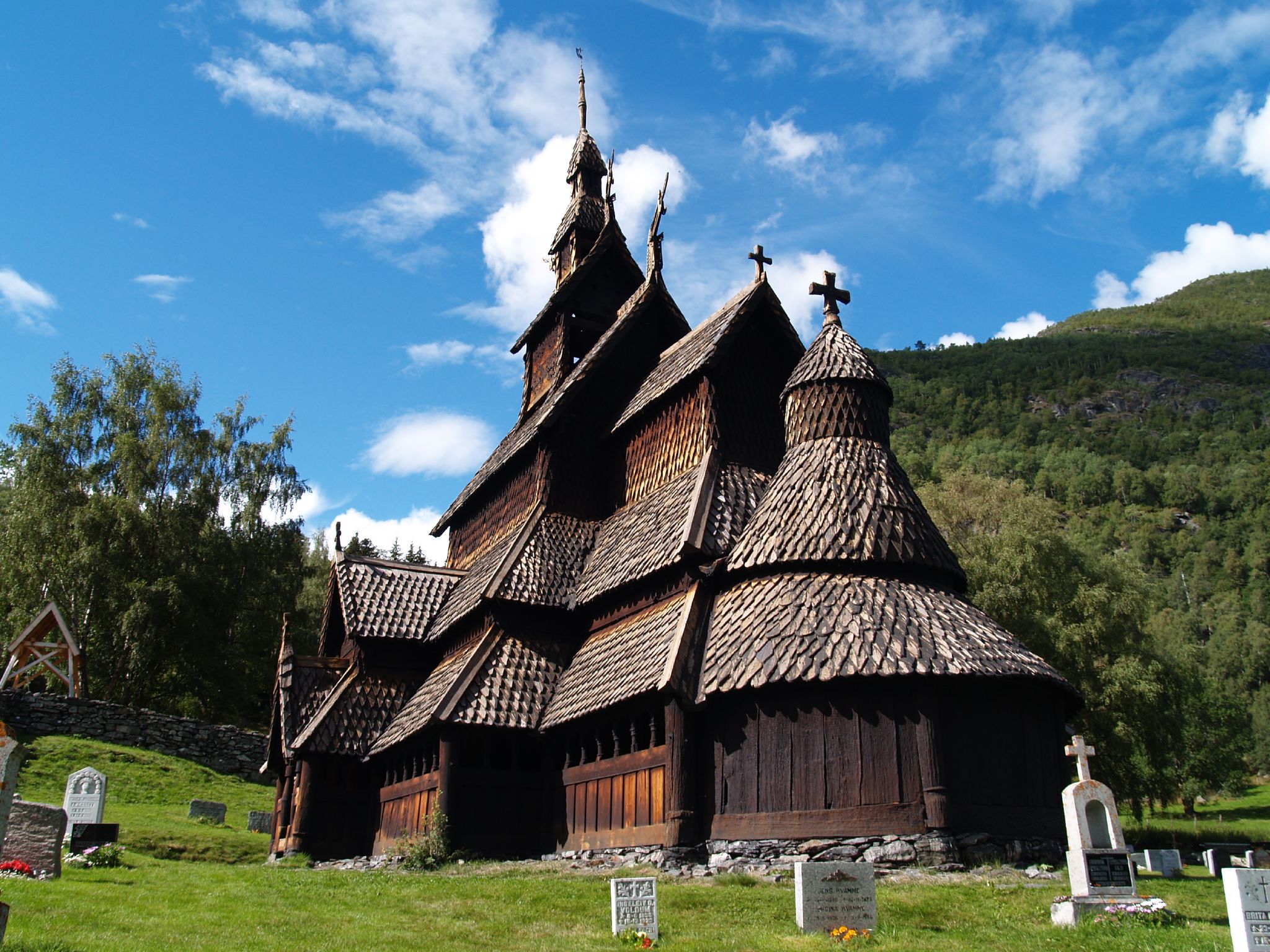 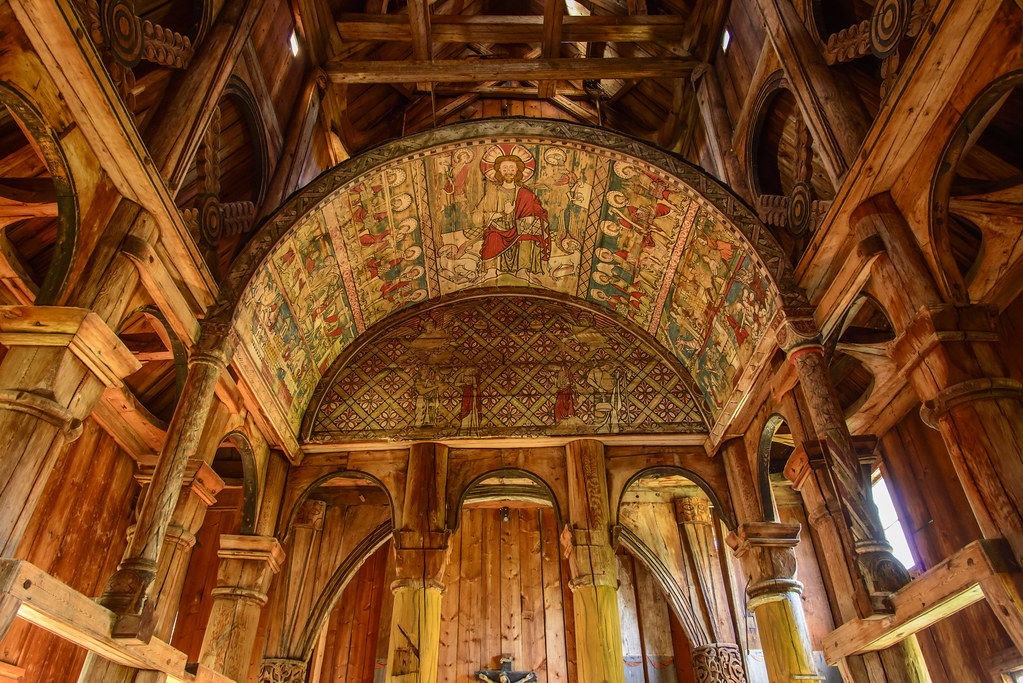 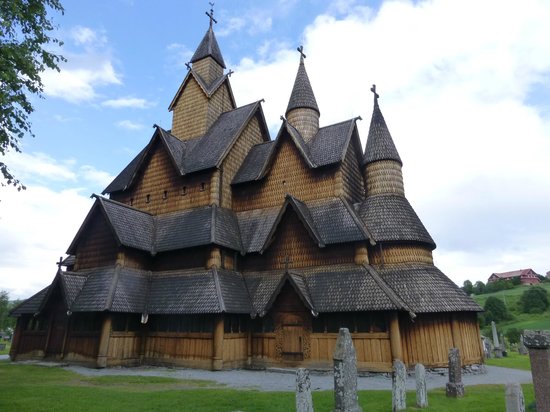 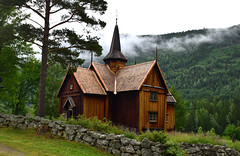 When a community church burned down in Våler, Norway, the people deeply felt the loss of the structure where so many memories took place. The new ziggurat-like Våler church pays homage to the old 19th-century building while providing the town with a new place to gather. Oslo-based architect Espen Surnevik memorialized the old church with a monument located in the middle of the graveyard.

The Heddal stave church (In Norwegian: Heddal stavkirke) is a stave church located at Heddal in Notodden municipality, Norway. Built in the early 13th century, this is Norway’s largest stave church, and is a triple-nave design. A stave church is a medieval wooden Christian church building. The name is derived from the buildings’ structure of post and lintel construction which is a type of timber framing, where the load-bearing posts are called stafr in Old Norse and stav in Norwegian.

Two related church building types are also named for their structural elements, the post church and palisade church, but are often also called stave churches. Once common all over northwestern Europe, most of the surviving stave churches are in Norway. 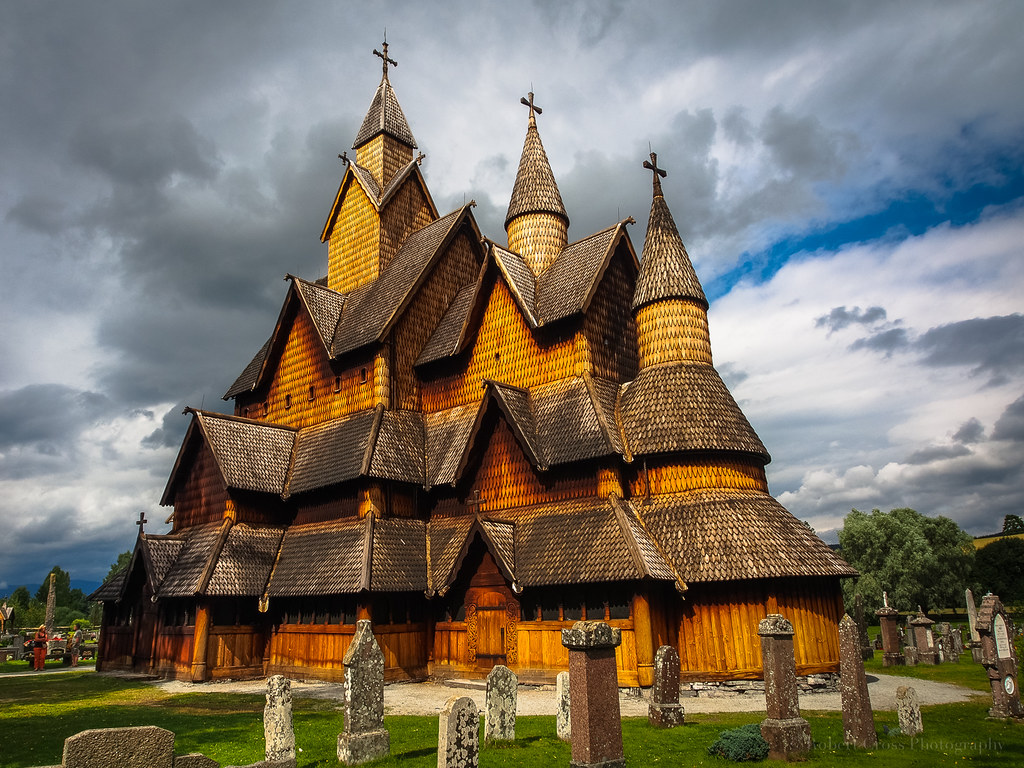 There is a legend telling about the erection of the Heddal church and how it was built in three days. Five farmers (Raud Rygi, Stebbe Straand, Kjeik Sem, Grut Grene, and Vrang Stivi) from Heddal had made plans for a church, and they decided to have it built. This is how it happened:

One day, Raud Rygi (one of the five men) met a stranger who was willing to build the church. However, the stranger set three conditions for doing the job, one of which must be fulfilled before the church was finished. Raud had three options: fetch the sun and the moon from the sky, forfeit his life-blood, or guess the name of the stranger. Raud thought the last would not prove too difficult, so he agreed to the terms. But time began to run out. All of the building materials had arrived during the first night, and remarkably, the spire was built during the second. It became clear to Raud that the church would be finished on the third day. Down at heart and fearing for his life, Raud took a walk around in the fields trying to figure out what the stranger’s name could be. Still wandering about he had unconsciously arrived at Svintruberget (a rocky hill southeast of the church site) when he suddenly heard a strange but most beautiful and clearly audible female song:

Tomorrow Finn will bring you the Moon and the Sky.

He will bring you the Sun and a Christian Heart,

so pretty Toys for my little Child to play a Part.

Now Raud knew what to do, as the stranger was a mountain troll. As expected, the stranger visited Raud the next day, to present the church. Together they walked over to the church, and Raud walked up to one of the pillars, hugged it as if to straighten it, and said, “Hey Finn, this pillar isn’t straight!” Finn snapped back, “It could be even more bent!” and then hastily left the church. Raud had solved the riddle after all. The stranger’s name was Finn and he lived in the Svintru Mountain. Finn, also known as Finn Fairhair or Finn Fagerlokk, a troll, could not ever after stand the sound of church bells, so he moved along with his family to Himing (Lifjell). The same troll is also responsible for Nidarosdomen, Church of Avaldsnes and Lund Cathedral. (Wikipedia)

Use the HQ-button! I dug out an old mini-DV video tape, tested out a format conversion, tried to rework the video colors just a little bit, and – at the same time – I “revisited” the interior of the Uvdal Stave Church, built around 1168 AD.

The church has one of the most beautiful interiors of the preserved medieval Norwegian wooden stave churches. I did this video recording for the web site Numedalsnett many many years ago.

The owner – Fortidsminneforeningen in Norway – said OK to the shooting, but they wouldn’t allow much lights or electricity. The church itself has no electricity installed. Enjoy the interior of one of Norway’s true treasures 🙂

Borgund dates back to the end of the 12th century. It had a strategic location in Sogn og Fjordane County on the old road connecting the eastern and western parts of Norway. This is an absolutely stunning beauty. It is the best preserved of all stave churches and it looks like a stave church should.

Some images courtesy of @hannekarins

*
In the middle ages, there were at least 1000 stave churches in Norway. Today, there are 28 left. All the stave churches are now completely restored in The Stave Church Preservation Programme.