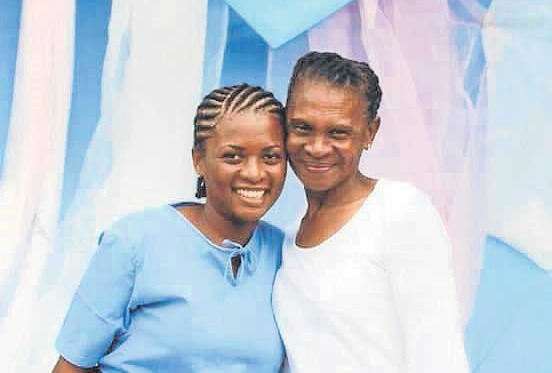 19 September 2019 – Tears flowed at OR Tambo International Airport on Thursday as Nolubabalo “Babsie” Nobanda returned home after a eight-year stint in a Thai jail.   Nobanda, from Makhanda in the Eastern Cape, cried as she hugged family and friends.
“I’m back home,” she said shortly after arriving. “I am happy to be home and I just want to thank everyone for all the support in South Africa.”

In 2011, Nobanda, now 31, was caught at the Bangkok airport with 650g of cocaine mixed with baking powder woven into her dreadlocks.    She was sentenced to 30 years in prison, which was later commuted to a 15-year sentence. Her release from Bangkok’s Klong Prem prison earlier this month came as a result of a prisoner amnesty granted by the Thai king.

“It’s as if I’m dreaming,” said Nobanda’s 18-year-old sister, Mila Ncepu, on Thursday. She went on to describe her sister’s arrival as “surreal”.   “It’s excitement, it’s disbelief,” said Mila, who is in matric.   “The past few years have gone slowly, but the last few days have been chaotic — but in a good way.”   She said her sister would be relieved to be back in her hometown of Makhanda, getting to see the places and people she knew.

The two sisters corresponded via letters during Nobanda’s incarceration.   During her incarceration, Nobanda sought to make the best of her situation by studying and teaching prison authorities English.    Henk Vanstaen, who helped her in Thailand, commented that she was ready to become a productive member of society when she returned to Mzansi, armed with a degree in communications she obtained from Unisa through long-distance learning.

Speaking to DispatchLIVE from Thailand on Thursday, Vanstaen said: “She has definitely learnt from this experience. She has come out a better person, not only in terms of getting a degree and education, but in terms of her mental strength.”

Nobanda is the fifth South African Vanstaen has helped return to the country. He has campaigned tirelessly for the government to consider prisoner transfer agreements. A huge amount of gratitude has been expressed to Vanstaen for his efforts, but he insists “no-one owes me anything”.   “I honestly don’t want any recognition. I just feel if I can help people then I’m maybe making the world a better place.”   When Nobanda was not teaching her jailers or studying, she spent much of her time with a fellow drug-smuggler prisoner, Thando Pendu, from the Free State. Pendu, 33, was released and returned to SA in June after 10 years in jail in Thailand. 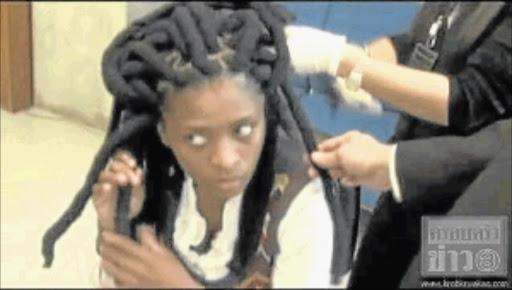 Convicted Makhanda drug smuggler Nolubabalo “Babsie” Nobanda, who is serving a 15-year prison sentence in Thailand, has had her sentence commuted by two and a half years.    Nobanda will benefit from a general amnesty granted to tens of thousands of prisoners by recently crowned Thai King Maha Vajiralongkorn earlier this month, said Henk Vanstaen.    Nobanda made international headlines in December 2011 when she was discovered at Bangkok’s Suvarnabhumi Airport carrying 1.5kg of cocaine mixed with baking powder in her dreadlocks. She was 23 at the time.

Home Affairs has been accused of dragging its feet for two weeks, leaving a freed South African drug mule to languish at a Thailand detention centre.   Thando Pendu, who the Thai government granted amnesty to and released from jail, has been forced to remain in Bangkok’s International Detention Centre because the department was allegedly dragging its feet in confirming her citizenship to the Thai authorities.   This proof of citizenship was required because Pendu’s passport expired last year.

Pendu, a 33-year-old from Welkom in the Free State, is a beneficiary of a general amnesty that Thai King Maha Vajiralongkorn granted to thousands of prisoners last month.   The amnesty cut short Pendu’s 25-year sentence for drug smuggling. She had been in Bangkok’s Klong Prem prison since 2008 after being caught with 2kg of heroin strapped to her chest.

Previous media reports indicated that Pendu was lured to Thailand by a woman who knew her mother.   She reportedly learnt on arrival that there was no job for her, but she had instead been tricked into working for a drug trafficking syndicate.

The drugs found in Pendu’s possession were allegedly destined for China. Then 25 years old, Pendu never made it out of Thailand.   Speaking from Bangkok on Wednesday, Henk Vanstaen – a retired scientist who campaigns for the rights of South Africans jailed in Thailand – said money to buy Pendu’s one-way ticket was ready.   But she cannot leave the detention centre, thanks to what Vanstaen described as shoddy work by Home Affairs’ desk in the Bangkok embassy.   The Thai government wanted documentation proving Pendu’s citizenship before she could leave, he said.

A man whose connection to Africa is being born in Rwanda, Vanstaen has become an unofficial envoy for South Africans imprisoned in Thailand.   He said Pendu was in high spirits and looked forward to flying back home.   “She is doing well and I will see her again on Friday, the third time since her release two weeks ago. She obviously can’t wait to go home.   “I raised the money for her ticket myself, among my circle of friends. Once the travel documents have been issued, we will then buy the ticket and Thando will finally be back home after 10-plus years,” Vanstaen told The Star.

Home Affairs denied being the reason for Pendu’s inability to leave the detention centre. Spokesperson David Hlabane said no request had been brought to the department to confirm her citizenship.   “According to our National Population Register, Pendu is a South African citizen,” said Hlabane.

“She was issued with a passport on May 12, 2008, which expired on May 11, 2018. The Department of Home Affairs has not received a request to clarify her citizenship, save for media enquiries.”

Pendu, identified more as a victim of human trafficking than a drug trafficker, was one of 14 South Africans jailed in Thailand for drug-related crimes. These were nine women and five men.    The International Relations Department revealed last year that approximately 800 South Africans were incarcerated in foreign jails. 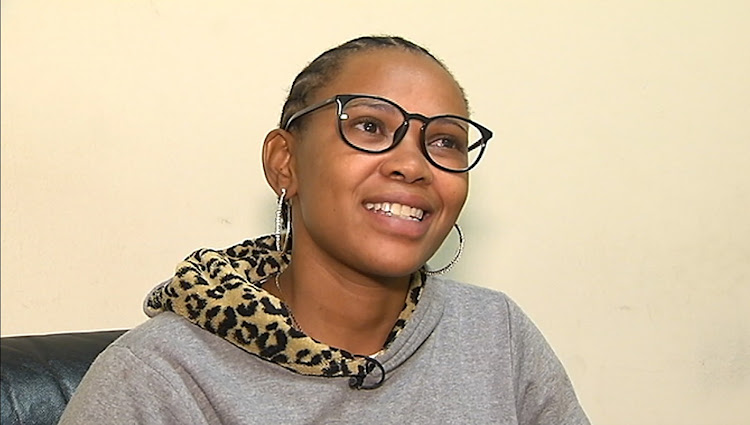 After spending more than a decade in a Thailand Prison for drug trafficking, South African Nontando Pendu has returned home. But the question is: was she a perpetrator of drug smuggling or a victim of human trafficking? In this exclusive story, Special Assignment Producer Hazel Friedman reports…

Pendu, 33, arrived at at the OR Tambo International Airport in Johannesburg on Saturday, where she was greeted by family members and supporters who have worked behind the scenes to ensure she could leave Thailand’s International Detention Centre (IDC), where she was being held after her release from Bangkok’s Klong Prem prison.  Pendu served 10 years in the Thai jail for drug smuggling before being pardoned by King Maha Vajiralongkorn in May.

Days after the Daily Dispatch broke the story on June 7 that Pendu’s deportation from Thailand was being held up by the home affairs department, the department announced that it had given the South African Embassy in Thailand permission to issue Pendu a temporary passport so she could travel home.
https://www.heraldlive.co.za/news/2019-06-27-sa-drug-mule-finally-returns-home-after-debacle/

Grahamstown – Lawyers for a South African drug mule serving time in Thailand are worried she could be slapped with further charges. Nolubabalo Nobanda is serving a 15-year sentence for smuggling cocaine in her dreadlocks.
https://www.youtube.com/watch?v=UlmXmlT7HKw