Sankaram village near Anakapalle is popular Buddhist heritage spot. Few centuries back this place was the center of Buddhist culture and teaching. The name of the village Sankaram is derived from the word Sangharama which meant monastery. There are many monolithic stupas, rock cut caves, ruins of prayer halls, meditation halls, brick build structural edifices and resting places available on the twin hills of Bojjanna Konda and Lingala Konda. This place is located by the side of the river Sarada.

During the excavation of this place many age old coins, clay tablets of Sitting Buddha were found. There are many Buddha statues carved on the rock-face of the caves.

The eastern hill of Sankaram village is recognized as Bojjannakonda which hosts a Maha Stupa surrounded by a huge group of monolithic stupas along its rock cut platform. The dome of the main stupa is made of bricks whereas the surrounding stupas are composed of bricks and rocks. At the foot of the hill, an idol of Goddess Hariti has been found by the archaeology department. Apart from this, the hill also houses six rock-cut caves, some of which have sculptured panels. Each of the panel has the images of seated Buddha and his attendants. Towards the north of the Maha Stupa, terraced Chaitya Grihas are present. These are believed to be the monasteries of the Buddhist monks. In ancient times, several Buddhist monks used to worship here for which it was known as ‘Buddhuni konda’ which refers to ‘hill of the Buddha’. But later over time, the place came to be known as Bojjannakonda.

Lingalakonda is the western hill where numerous tiny rock-cut stupas collectively form the outline of a ridge. Multitudinous golden coins, pottery items, copper & lead articles and coins, seals, terracotta beads, tablets, figurines, and so on were excavated by the archaeological department from the Lingalakonda Hill.

The place is also an important centre for the huge celebration of Vaisakha Pournami.

The walled city of Ahmadabad, founded by Sultan Ahmad Shah in the 15th century, presents a rich architectural heritage from the sultanate period, notably the Bhadra citadel, the walls and gates of the Fort city and numerous mosques and tombs as well as important Hindu and Jain temples of later periods. The urban fabric is made up of densely-packed traditional houses (pols) in gated traditional streets (puras) with characteristic features such as bird feeders, public wells and religious institutions. The city continued to flourish as the capital of the State of Gujarat for six centuries, up to the present.

The Historic City of Ahmadabad is located on the eastern bank of the Sabarmati River, close to the ancient trade route connecting Delhi to Khambhat, and on the route to the port of Surat on the Arabian Sea. 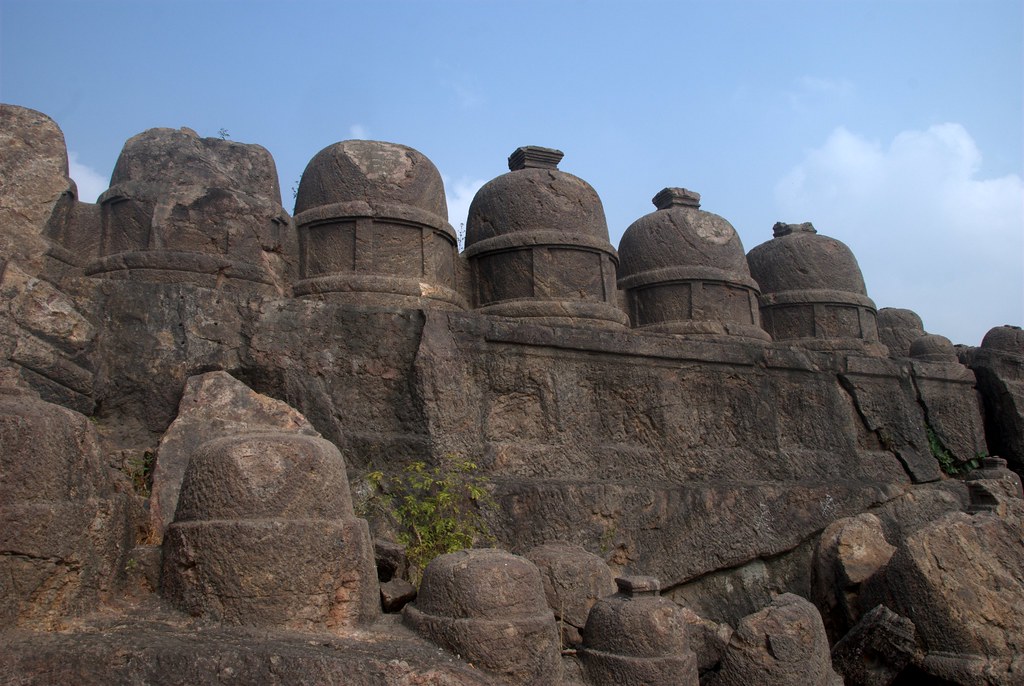 Bojjannakonda, Buddhist site which exist on a hillocks near a village called Sankaram. It is located at about 45 km from Vishakhapatnam and just a few kilometers from Anakapalle. The sites are believed to date between 4th and 9th Century A.D,