A group of residents went on the rampage on Sunday evicting foreign nationals accusing them of illegally occupying the houses and of dealing in drugs.   Some foreign nationals in Orange Grove in Johannesburg have told the media they’ve been forced to leave the area after locals illegally invaded their homes and vandalised their belongings. 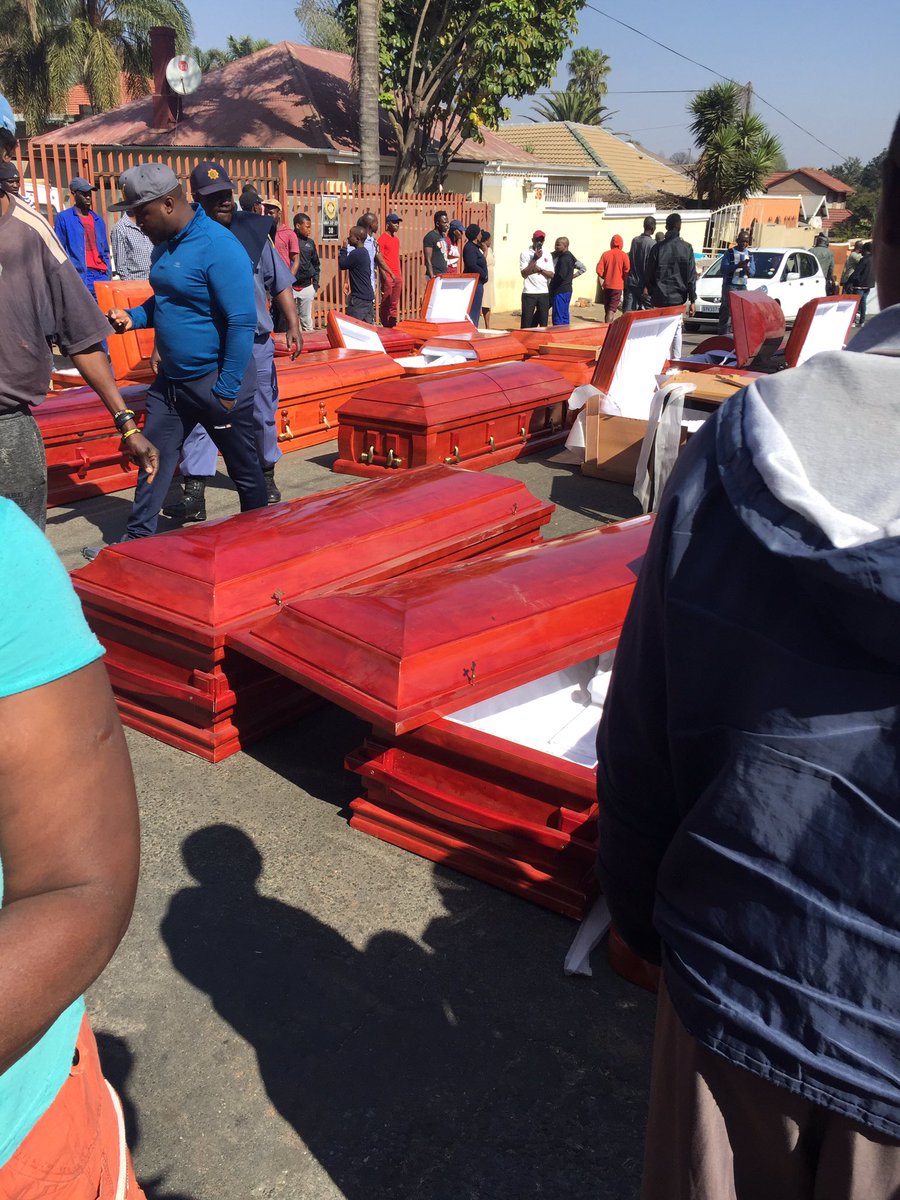 A group of residents went on the rampage on Sunday, evicting foreign nationals and accusing them of illegally occupying the houses and of dealing in drugs.  At least 20 coffins were discovered at one of the properties and were dragged to the streets along with the furniture.

No dead bodies was found inside.

About 12 people were arrested last week in the same area for public violence.   A community gripped by fear after a group of locals targeted homes occupied by foreign nationals.    One man said: “I am scared to even stay in this place, I don’t know what I am going to do. I am scared, I am afraid of those guys.”

One man said he’s been forced to move his family to Pretoria to seek refuge.   “I am scared, I have to send my family to Pretoria to my big brother,” he said.   A caretaker at a property where at least 20 coffins were found and thrown out on the streets by locals claims the owner is a businessman who re-sells new coffins to funeral parlours.   Police have confiscated the coffins while investigations continue, and they’re searching for those behind the illegal evictions.

Empty, used coffins have been discovered in a Johannesburg home. Police spokesperson Kay Makhubele explains how the police investigation has progressed.