Marcel Steyn’s warped childhood led to her involvement in a cult and a string of grisly murders.   She was 14 when a group of six people in Krugersdorp on the West Rand, including her mother and brother, carried out 11 murders, first for revenge and then for money.   Now, she must serve seven life terms behind bars for her role in the murders, with a Johannesburg high court judge finding on Monday that her protestations of remorse were “not remorse in the true sense of the word”.
MARCEL STEYN 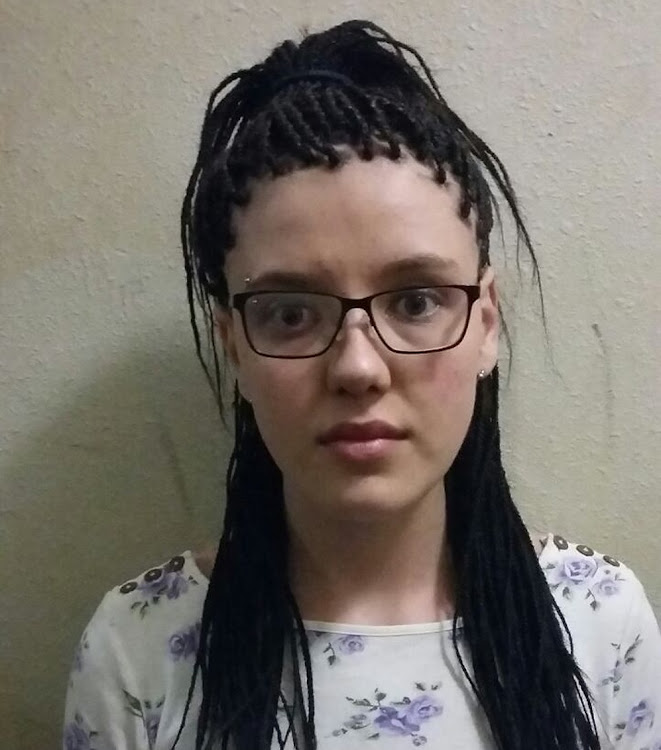 Judge Ellem Francis added: “What counts against her is that her involvement did not amount to one murder.”   During the trial, Marcel admitted to being on the scene for several of the murders.

There was clapping and exchanges of hugs and tears when Marcel, Cecilia Steyn and Zak Valentine were sentenced.  Francis imposed multiple life imprisonment sentences on the trio for all the murders. Marcel was sentenced to 15 years in jail for the murders she committed before turning 18 and life for those she committed when she became an adult, which means she must serve seven life terms.

Cecilia Steyn, a policeman’s wife and mother of two, must serve 13 life terms while insurance broker Zak Valentine was served with eight life terms. They also received sentences for other crimes they committed including racketeering, causing an explosion, robbery and managing an enterprise, in Cecilia’s case.   None of the three showed any emotion as the court handed down the sentences to each of them.   “Bye, bye Marcel. End of the road for you,” a man shouted from the gallery as Marcel was escorted to the cells.

Francis said the “evil deeds” the three committed were heinous, barbaric and cold-blooded.

The other three conspirators in the case admitted guilt and were sentenced separately. They are Marcel’s brother Le Roux Steyn, jailed for 25 years; Marcel’s mother Marinda Steyn, a former schoolteacher, who is serving 11 life terms for the killing spree; and printmaker John Barnard who was jailed for 20 years.

During evidence in mitigation of sentence, probation officer and psychologist Rosiland Macnab, who evaluated Marcel, told the court that she was 10 when her twice-divorced mother joined a church where she met “murder mastermind” Cecilia Steyn.

She was then introduced to satanic beliefs and from 13 she was exposed to Cecilia’s “high nights” and horrific videos.

“Marcel was never afforded the opportunity to live the life of a free child and pursue her life as a healthy normal teenager as she was manipulated, indoctrinated and brainwashed,” said Macnab.

By the age of 14 Marcel was using the street drugs Cat and Tik. and accompanying her co-conspirators to commit murder.

The first people the group murdered were Natacha Burger, 33, and Joy Boonzaier, 63. During her testimony in the trial, Marcel said they were murdered by Valentine, accompanied by his wife Mikeila, who could not stomach the murders. She was then killed after being deemed “a loose string”.

Marcel said Cecilia had arranged with Valentine to give his wife medication the night before. When they arrived at the house, they found Mikeila sleeping in bed. She said she watched as her mother went in and started hitting Mikeila on the head with a hammer, then stabbing her. She said she initially froze, but later took a knife and stabbed Mikeila in her side.

“I decided I will speak the truth and not lie. Before I used to say I wasn’t involved in any of these matters. But I want to disclose my involvement in these matters completely,” she told the court.

Marcel told the court Cecilia also wanted pastor Reginald Bendixen dead. She said she accompanied her mother and Valentine to kill Bendixen. They wore fake police uniforms and wigs.  She said when they murdered businessman Peter Meyer and his wife Joan, Peter recited  out Psalm 23 while he was being stabbed.   Marcel told the court  she could not leave the group because she was afraid they would find her and kill her.

Macnab told the court Marcel’s mother was controlling, dominating, uninvolved and neglectful.    Marinda, according to the report, was physically abusive and would hit Marcel and Le Roux with an iron bat.   Macnab said children were not Marinda’s priority, and that she had told Marcel she would do anything for Cecilia, even kill for her.   During her testimony, Marcel said all the murders were planned and everything they did had been thoroughly thought out. “We had planned everything. We didn’t improvise. We planned beforehand,” she said.   She said none of the murders took place “on the fly”.

“Cecilia gave a lot of input on who should be murdered and how. We had to run everything by her and she had to approve it.”   Marcel was caught on CCTV withdrawing money from an ATM with a card belonging to one of their victims. This was one of the breakthroughs in the police investigation that led to their arrests.

Six conspirators, eleven deaths; this is the story of how a group of people living in Krugersdorp, west of Johannesburg, went on a four-year killing spree. With three of the perpetrators behind bars, the remaining three are awaiting to be sentenced on August 12 2019.