The geology of the Cederberg comprises of the Cape Supergroup (Table Mountain Group, Bokkeveld Group and Witteberg Group) and the Karoo Supergroup (Dwyka Group, Ecca Group and Beaufort Group). The Cape Supergroup was formed about 700 – 600 Ma ago by a succession of sedimentation of sandstone (silt, mud and sand). The distinct reddish colour of rock is a result of minerals like iron and manganese that formed part of the sediments.

The Cederberg is famous for its spectacular rock formations that were sculpted by wind and water over many millions of years. Almost the entire area consists of sedimentary rock, sandstone and shale. According to Barnard & Greeff (1993) the Cederberg was a prominent feature since before the breaking up of Gondwanaland 130 million years (Ma) ago.

About 330 Ma ago climatic change set in and the rapid growth of the continental ice sheets resulted in a drop in sea level which exposed the upper Witteberg Group sediments that began eroding. This process was enhanced by scouring actions of large continental glaciers moving over these exposed layers. These moving glaciers played a big role in the forming of the high mountains and deep valley landscape of the Cederberg Mountains as we know it today.

The first layer of the Karoo Supergroup was deposited over the Cape Supergroup, about 310 Ma ago when the icy conditions subsided.

Due to intercontinental movement and forces about 300 Ma ago the stratigraphy of the Cederberg shows eastward-dipping of strata of the Cape Supergroup overlain by the Karoo Supergroup (Reid et al, 2000). This can be seen in the ridges (‘riffels’) east of the road between Mount Ceder and Wupperthal.

Having heard so much about the beauty and uniqueness of The Cederberg Wilderness Area near Cape Town, I made it top of my priorities to visit our friends at Cederberg Private Cellar, on my recent trip to South Africa. A three hour drive north of Cape Town takes you through a dusty, dry and arid landscape, with striking mountains all around covered in the most extraordinary rock formations. 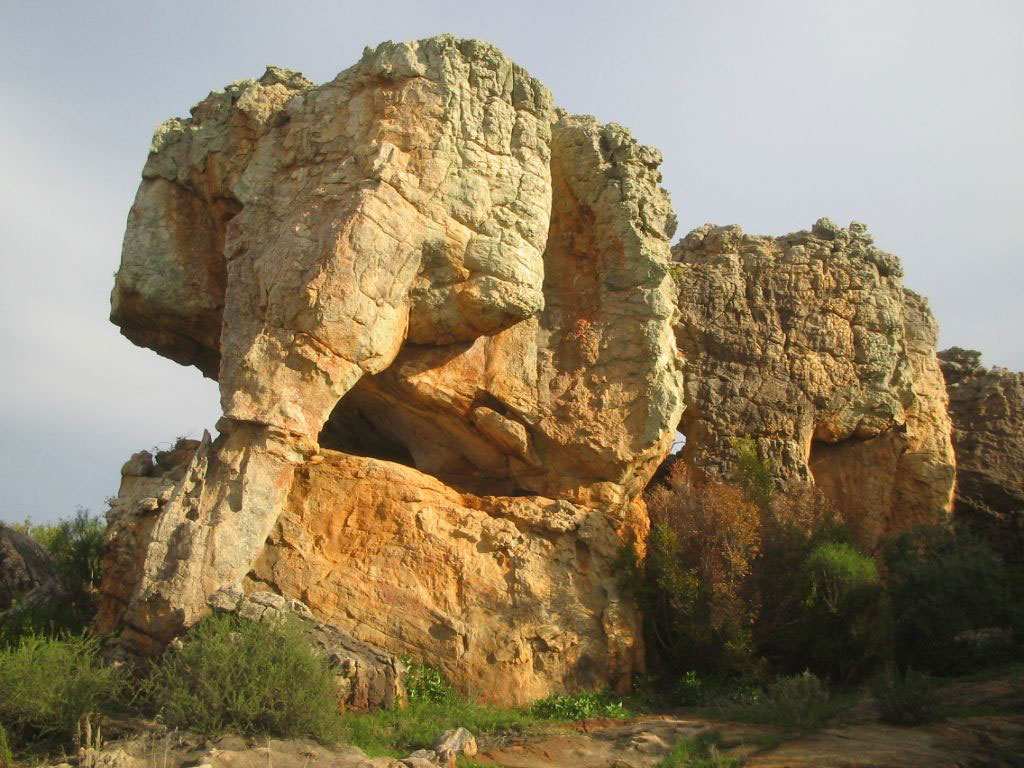 Large numbers of cedar trees were felled as the wood was in great demand for construction, some 7 200 trees were used as telephone poles between Piketberg and Calvinia.   In 1967 the removal of dead cedar trees was halted, and all other forms of exploitation ended in 1973 with the proclamation of Cederberg Wilderness.

A programme started in 1987 by CapeNature aimed to restore the status of the tree by planting out nursery-grown seedlings into its natural habitat in the Cederberg mountains. Since then many thousands of seedlings have been planted out in fire-protected, rocky sites.   In 2003 a nursery was established at Matjiesrivier Nature Reserve in collaboration with the Botanical Society, CapeNature and the Cederberg Conservancy.

Annual cedar-planting events during May and June are part of the ongoing attempts to secure the cedar’s existence for future generations to enjoy.

The endemic Clanwilliam cedar tree occurs only in the Cederberg mountains, 270km north of Cape Town; it represents one of 1000 surviving conifer species in the world. The number of trees has declined dramatically over the past two centuries, partly due to unsustainable exploitation and partly due to an increase in fire frequency.

The species is facing a very high risk of extinction in the wild and has therefore been categorised as endangered on the Red Data List. To date, the Cedar Tree Project has initiated the planting of more than 1000 young cedar trees in the Cederberg area.

The river systems are special too: there exists in these mountains the greatest diversity of endemic fish, south of the Zambezi River. There are at least eight species of fish in the Cederberg’s catchment which are found nowhere else on earth. Yet most of these are under threat of extinction, because of alien fish like small-mouth bass, and invasive, non-indigenous trees which deplete water supplies. Fortunately, CapeNature and their partners are making great strides to rectify the situation.

About 200 years ago, there used to be millions of Clanwilliam cedar trees in the Cederberg region.

Today, there are roughly only about 13 000 counted trees left – a remnant of the last Ice Age that is battling for survival against climate change.

It grows in the highest altitudes of the world-famous rocky landscape, highly susceptible to fires due to its combustible oil. Unlike the fynbos that surrounds it, the cedar tree doesn’t regrow or resprout after a fire – once burnt all that remains is a prophetic skeleton that eerily juts out on the rocky outcrops

Climate change has also impacted heavily on its germination rate. The cedar tree seed needs a lot of moisture to germinate, and the reduced rain in the region means it will lie dormant in the soil for too long, eaten by rodents and birds before it can finally bloom. And it takes 30 years for a cedar tree to bear its bounty.

But the species has one saving grace – efforts made by Bushmans Kloof Wilderness Reserve and provincial conservation authority CapeNature has a planting project that will hopefully ensure its survival. They collect seeds and then grow them in nurseries until they’re strong enough to be replanted in the wilderness, full of hope of growing a sizeable forest.