The state is prioritising the prosecution of apartheid crimes, where  alleged  perpetrators were denied amnesty by the Truth and Reconciliation Commission.   In her maiden appearance before parliament, national director of public prosecutions Shamila Batohi told MPs that there were 37 active investigations of these cases by the directorate for priority crime investigation, commonly known as the Hawks. She said that a task team of the national prosecutions authority was also reviewing the cases. 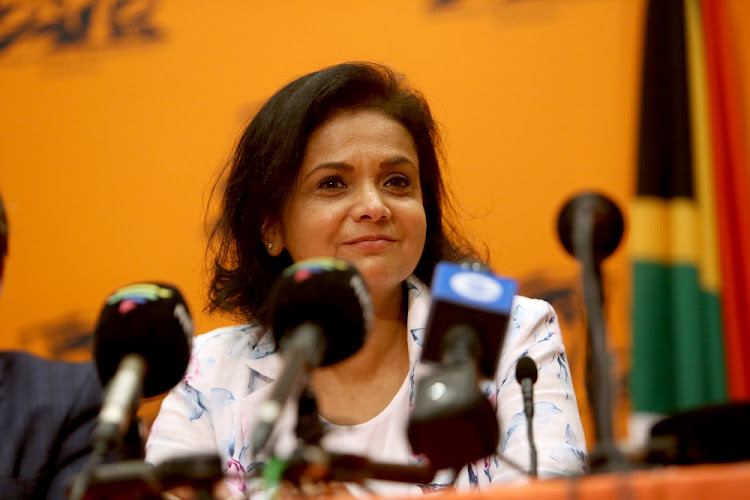 She was appointed by Ramaphosa.   She is a former director of public prosecutions in KwaZulu-Natal and senior legal adviser at the International Criminal Court. During her interview for the position she likened taking up the NDPP position to “jumping into a shark tank”.

She reminded MPs that the TRC had recommended that the NPA prosecute cases where people were refused amnesty by the commissions for “apartheid crimes”.   “The NPA is looking at cases where amnesty was refused and cases where amnesty wasn’t applied for,” she said.   She said the judgement in the João Rodrigues matter had strengthened her hand because in it, the judge ordered the national director of public prosecutions to consider whether action should be considered against officials in and outside the NPA at the time for possible interference with the work of the authority.

Batohi said the judge had found that there had been interference in the NPA being able to do its work with regard to prosecuting certain individuals.   This, she said, placed an onus on her to put in place a mechanism that will look at what happened which led to the NPA not being able to conduct its mandate.   The high court in Johannesburg dismissed Rodrigues’s application for a permanent stay of prosecution last month ruling that he should face trial for his role in the 1971 murder of anti-apartheid activist Ahmed Timol.

Rodrigues, 80, is facing a charge of premeditated murder and another of defeating the ends of justice. He is seeking to appeal the decision.   Batohi said they were also looking at having one coordinated process to deal with the issue.   “It’s pointless having parallel tracks looking at the same thing. In order to also deal with resource constraints, at the moment there is a court directive for the NPA to look into this but there are calls for a commission of inquiry and the Zondo commission to look into these issues,” she said.

The National Prosecuting Authority (NPA) does not have enough money to pay all of its salaries this financial year and will have to slash staff by more than 550 if it is to remain within budget over the medium term.   The financial crisis could worsen an already volatile situation at the cash-strapped authority, which is already understaffed and needs more prosecutors.

The dire financial state of the institution, which is tasked with waging war on corruption and state capture, came into focus on Tuesday in parliament, when a delegation from the NPA, led by national director of public prosecutions Shamila Batohi, briefed the portfolio committee on justice and correctional services.

Career Advocate Shamila Batohi has been appointed as the new National Director of Public Prosecutions (NDPP), making her the first female appointed at this position. Batohi commenced her duties as the NDPP in February 2019.

She began her career as a junior prosecutor in the Chatsworth Magistrate’s Court in 1986 and steadily rose through the ranks to become the Director of Public Prosecutions in KwaZulu-Natal.

She was seconded to the Investigation Task Unit established by President Nelson Mandela in 1995 and later served as the first regional head of the Directorate of Special Operations based in KwaZulu-Natal.

For much of the last decade, she served as a Senior Legal Advisor to the Prosecutor of the International Criminal Court.

“Despite the many challenges the NPA has faced in the past, we know that there are women and men of great ability,     experience and commitment within the NPA who are dedicated to doing their job and doing it well,” said President  Ramaphosa.

“It is our collective responsibility to ensure that the conditions exist for them to effectively serve the cause of justice and to meet the great expectations that the South African people have of them.”

Embracing the challenge, Batohi thanked the President for appointing her and the interview panel for the recommendation.

“I accept with gratitude the opportunity to serve as the NDPP. My only obligation is to serve the country with humility and dignity and to the best of my ability,” she said.

She defined her appointment as a historic moment for women in the country, saying it is a recognition by the President that the role of women in the pursuit of equality and justice is important.

“The President and, by proxy, the people, have bestowed a lot of confidence in me and the least I can do is to reciprocate that confidence,” she said.

She added that her leadership would seek to work with the different sectors of government and society in an effort to promote justice. Building a harmonious NPA also ranked amongst her primary objectives.