Different pages, dramatic photos and media described the Notre Dame’s disaster.  The fire that broke out at Notre Dame Cathedral, destroying the roof and causing the spire to collapse in front of horrified onlookers, is the lead story on the front pages in both France and the UK today.   We lead with the French papers, which devote their front pages to the story and striking images of the blaze. La Croix, a French Catholic newspaper, has the headline: “Le coeur en cendres” (Heart in ashes). 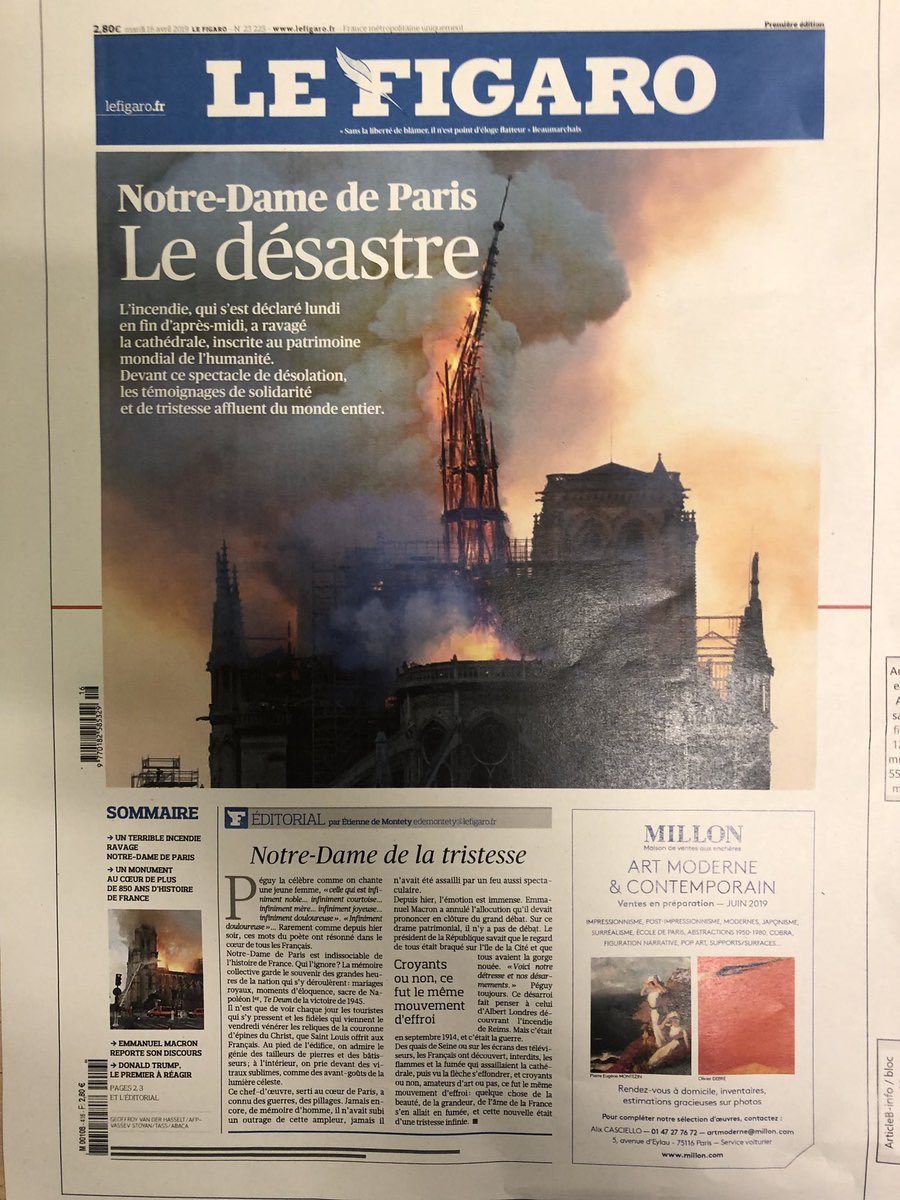 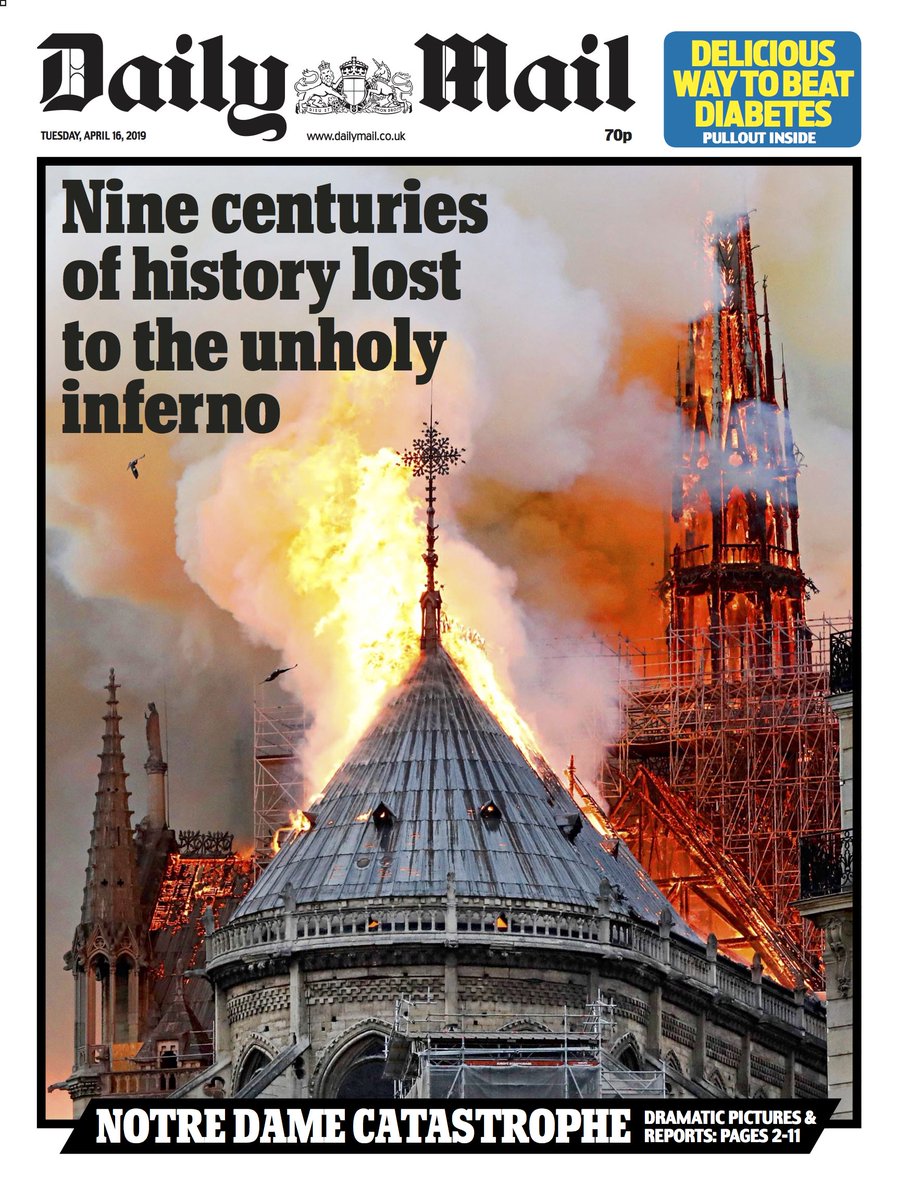 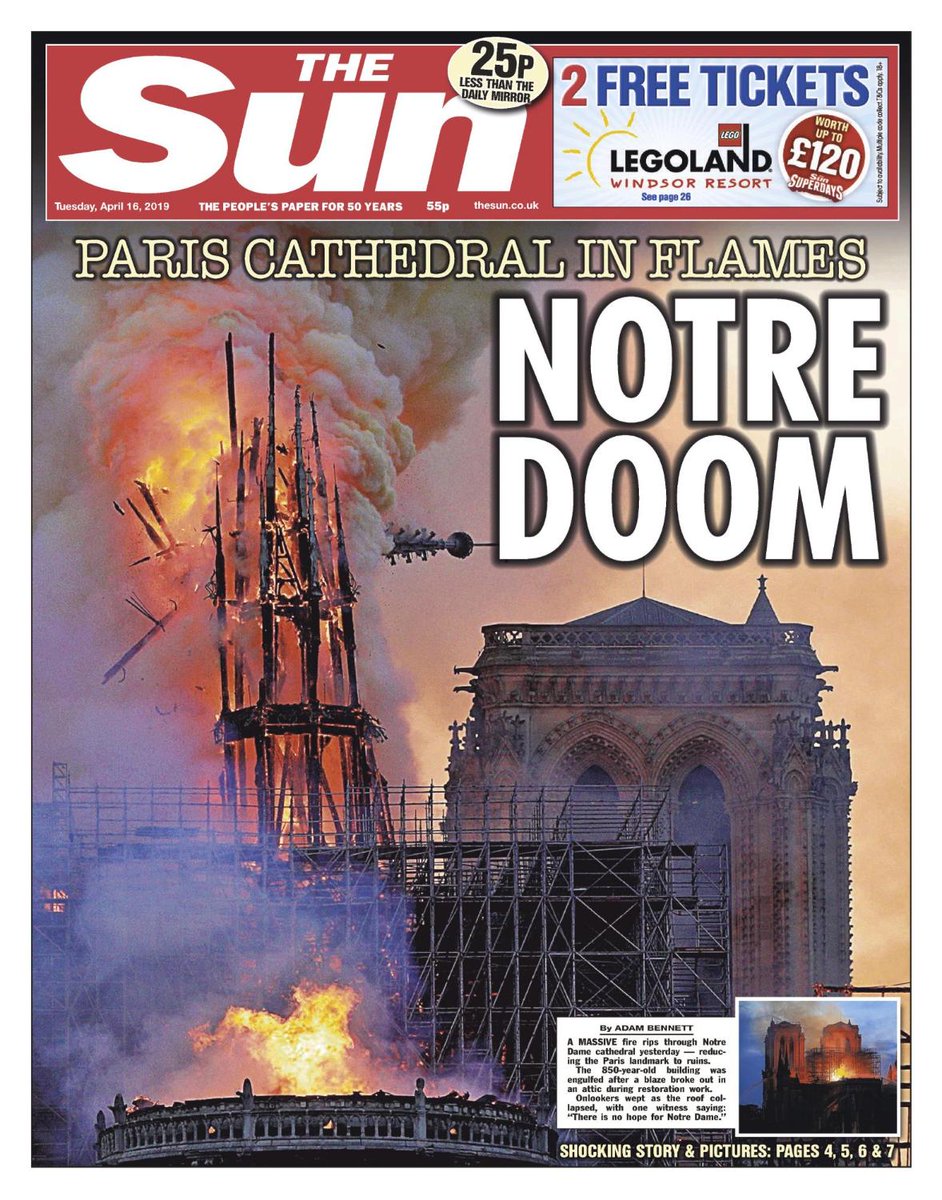 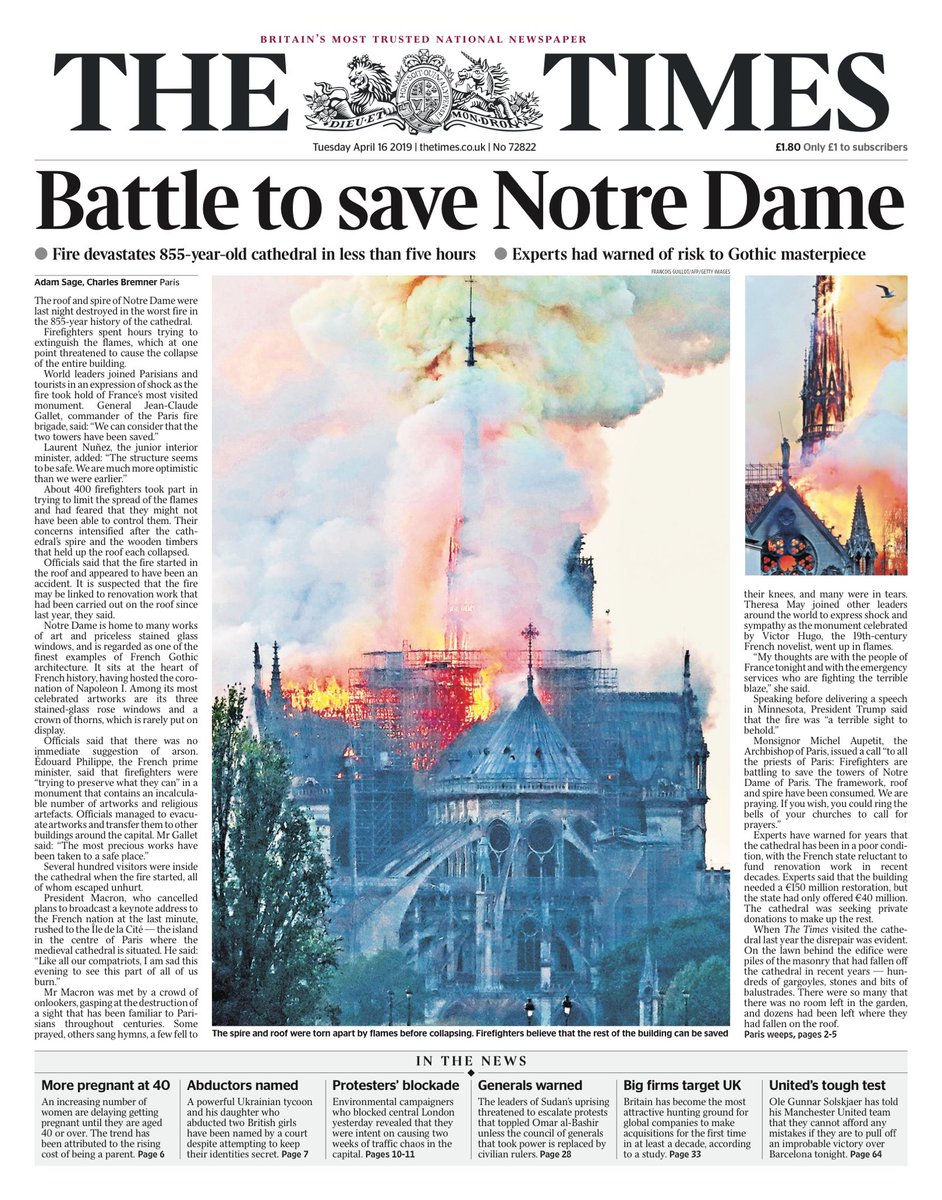 “Notre Dame’s problem is that it comes under several jurisdictions: the Archbishopric, Paris, historic monuments, etc. That complicates its maintenance.   “I hope that national, indeed international donantions will be forthcoming to finance the restoration as it’s going to be very costly.”      Middle Ages specialist Claude Gauvard, also the author of a book on the Gothic masterpiece that dates from the mid-12th century, told AFP there was no overstating the site’s cultural resonance.   But she added it had not always been treated with due reverence.   Notre-Dame “is a symbol of Paris, a symbol of peace, togetherness and concord … which occupies an exceptional site at the heart of the city.”   It is also kilometre zero – the spot from which all distances to other cities from the French capital are measured.

“For me it is perhaps one of the most harmonious of cathedrals, symbolising at once the work of the craftsmen who built it – though through the ages it has been much loved and yet unloved.”   Gauvard explained: “Notre-Dame de Paris is much loved by the millions of French people and foreigners who visit each year – yet they enter and go out again, I am sure, without quite understanding just what this cathedral is.”

“It was much mutilated during both the Renaissance and the 18th century – for example, they didn’t hesitate to hack away at the main entrance to get through the king’s dais!  “It needed all the 19th century labours of Prosper Merimee, Victor Hugo, (Eugene) Viollet-le-Duc and (Jean-Baptiste) Lassus which allowed the Gothic art to be restored to its rightful place.”   And Gauvard also is of the opinion that not enough has been spent on maintenance.   “The ongoing works finally got started – and it was high time, and perhaps even a little late.
Read more at https://www.channelnewsasia.com/news/world/notre-dame-fire-loved-neglected-historian-paris-11448540