As a company focused on innovation, Lemco strives to be the best in the South African steel market. Contributing to the growth of the renewable energy market, Lemco fabricated the 346-acre Khi Solar One in South Africa. 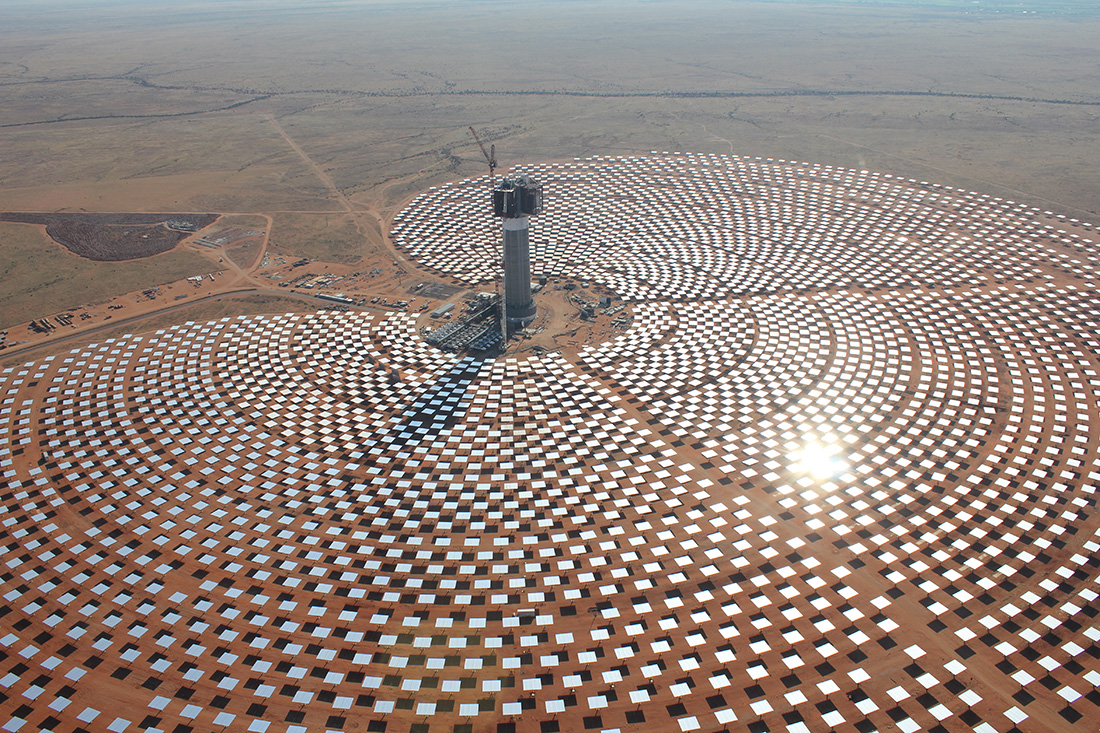 It was stated on 3 February 2021 by Reuters that the Spain’s High Court said it had widened a fraud investigation into Abengoa to include the Spanish renewable energy and engineering company and accountants Deloitte.

The court has been investigating allegations of account-rigging by former Abengoa executives attempting to avoid bankruptcy in 2014-16. It said in a statement it has now widened this investigation to include the company itself, Deloitte, two Abengoa board members and a Deloitte associate.

Abengoa declined to comment, while a spokesman for Deloitte said it work was “in line with the regulations and we’re confident that it will be solved satisfactorily for Deloitte”.

The court said that it had sufficient evidence to suggest “a possible accounting alteration that had had detrimental effects on partners, shareholders and perhaps even third parties” and which had taken place between 2014 and 2016. (Reporting by Emma Pinedo, editing by Andrei Khalip and Alexander Smith)

Where is Abengoa situated?

On 18 May 2018 a Spanish company Abengoa launches the 3rd solar plant in South Africa.    With an installed capacity of 100 MW, the plant, called Xina Solar One, has the capacity to power approximately 95,000 South African homes.   The Spanish multinational, which partnered in this project with the South African Industrial Development Corporation, Public Investment Corporation and Xina Community Trust, already have two other plants in the area: Kaxu Solar One and Khi Solar One.

The three plants together have an installed capacity of 250 MW, and can provide energy for about 220,000 homes which offsets 831,000 tons of CO2 emissions each year. Khi Solar One is a STE tower plant developed by Abengoa with a capacity of 50 MW. It started its commercial operation at the beginning of 2016, becoming the first tower plan commercially operating in South Africa. It prevents approximately 183,000 tons of CO2 emissions per year.

A 100MW solar plant has been officially opened in the Northern Cape, capable of providing clean and sustainable power to approximately 80 000 homes in South Africa.

This innovative solar power plant, made it possible by the dynamic partnership between Abengoa and state-owned financier, the Industrial Development Corporation (IDC), together with KaXu Community Trust. It will boost the national grid and has been launched at the height of South Africa’s energy challenges.

On 18 April 2016,  Kaxu Solar One, the solar plant located in Northen Cape, has reached an agreement with the Small Enterprise Finance Agency (SEFA) to launch a loan program to support small businesses with a capital base of ZAR 15 million.

This initiative is part of the socio-economic and enterprise development program (SEED+ program) that Kaxu Solar One is running in the Khai Ma community (providing support to Pofadder, Pella, Onseepkans and Witbank) as part of its Economic Development Obligations (EDO) under the Renewable Energy Idependent Power Producer Procurement Program (REIPPPP) and represents an important milestone in fostering economic development for isolated communities.

SEFA is a state owned enterprise that provides wholesale and retail loans products in order to develop small businesses. It provides lending facilities to intermediaries for lending to micro, small and medium sized businesses. SEFA also has a direct lending division that processes loans up to ZAR 5 million for start-up finance, asset finance, working capital, term loans and bridging finance for small and medium sized businesses.

It was mentioned during March 2015 that  KaXu Solar One, the first Solar Thermal Electricity (STE) power plant in South Africa, incorporates a storage system that enables production of 100 MW for 2.5 hours after sunset or before dawn.

This project, a well arranged public-private partnership, was awarded by the Department of Energy of South Africa and it will serve clean and reliable electricity to Eskom, South Africa’s power utility, under a 20-year power purchase agreement.     Abengoa owns 51 % of the project, the IDC 29 % and KaXu Community Trust 20 %.

Fadiel Farao, the Chairperson of the KaXu Community Trust, says KaXu Solar One will be a catalyst for economic development role in the Khai Ma municipality in the Northern Cape. “The project has stimulated the local economy and will go a long way towards helping to generate much-needed economic opportunities for people in this area”. KaXu Community Trust is made up of members of the local community.

Abengoa is building in the region Khi Solar One, a 50MW solar plant using tower technology and has already started the construction of a third project, Xina Solar One, a 100 MW parabolic trough plant. Xina Solar One will shape with KaXu Solar One the largest solar platform in sub-Saharan Africa.

Manuel Sánchez Ortega, CEO of Abengoa, said, “This project illustrates the maturity of solar-thermal technology, which can be efficiently stored and used when it is needed. This clean and non-polluting energy will improve the future of our planet and will help to reduce countries’ energy dependency. We are extremely satisfied with the trust that has been placed in us by the South African government and the partners that accompany us in this project”.

Abengoa, who will build, operate and maintain the plants, owns 51 % of the projects, the IDC holds 29 %, and the Black Economic Empowerment program maintains the remaining 20 %.

Xina Solar One was awarded to Abengoa in the third round of renewable energy projects organized by the Department of Energy of South Africa, which is part of the national strategy to introduce up to 17,800 MW of renewable energy by 2030 and thus reduce its dependence on oil and natural gas. Abengoa is currently building other two concentrating solar power (CSP) plants in South Africa, therefore granting a cleaner energy future for the country, in addition to boosting economic growth.

The parabolic trough technology employs parabolic-shaped mirrors that are set on a structure so they can track the movement of the sun and concentrate solar radiation onto a receiving tube. Inside the tube, a heat-absorbing fluid flows and reaches high temperatures. This fluid transfers the thermal energy to a heat exchanger, then is used to heat water into steam, which ultimately drives a turbine to generate electricity. Additionally, the plant uses the thermal energy storage technology that with a set of thermal storage tanks filled with molten salts, gives the plant the ability to generate electricity after the sunset or in transitory cloudy periods, in addition to the ability to adapt energy production to the peaks of demand.

Xina Solar One will produce the clean energy equivalent to that needed to power approximately 90,000 households, thus preventing the emission of 315,000 tCO2 annually. Additionally, the construction, operation and maintenance of the plant will stimulate regional socio-economic development by creating numerous direct and indirect jobs, as well as a supply chain that will foster economic growth in the country. Xina Solar One’s construction is expected to begin in 2014.

Abengoa (MCE: ABG.B/P SM /NASDAQ: ABGB), the international company that applies innovative technology solutions for sustainability in the energy and environment sectors, has been selected by the Department of Energy (DOE) of South Africa to develop Xina Solar One, a 100 MW parabolic trough plant with a five-hour thermal energy storage system using molten salts. This project will form the largest solar complex in Africa together with Abengoa’s plant KaXu Solar One that is currently under construction in the country.

Abengoa’s new project will be constructed close to Pofadder, a city in the north of the Northern Cape Province, next to KaXu Solar One. These two 100 MW plants will jointly shape the largest solar complex in Africa. Xina Solar One will belong to a consortium, 40 % of which is controlled by Abengoa. Other constituents of the consortium are the Industrial Development Corporation (IDC), the Public Investment Corporation (PIC), and KaXu Community Trust.

Declaration of insolvency in Abengoa