According to data by released in Transaction Capital’s annual report for 2019, the JSE-listed company owns SA Taxi, which finances, sells, and insures minibus taxis, with more than 32,000 operators on its books.  While far fewer South Africans travelled by rail and bus the previous year, the minibus tax industry remained robust – representing 75% of all trips to work, schools and universities in South Africa.    Long-distance operators can earn R37,000 in profit a month.     According to SA Taxi’s research, the average short-route operator on the 23km route between Soweto and Johannesburg can earn a profit of around R25,000 of a month. This is an increase of R5,000 from the previous year. There are 250,000 minibus taxis currently doing business in South Africa, of which 30% operate in Gauteng and 21% in KwaZulu-Natal.

69% of all South African households use minibus taxis

This is up from only 59% in 2003. Taxis represented 75% of all transport to work, schools and universities in South Africa last year.     Minibus taxis were responsible for 15 million daily computer trips – spanning 18 billion kilometres – last year. This is equivalent to almost 47,000 trips to the moon.   By comparison, buses represented 900,000 trips a day (a decline of 5% from the previous year), followed by trains (600,000), which declined by 23% in a single year.   SA’s passenger rail network was repeatedly brought to a standstill in the past year as vandals wreaked havoc. Some have blamed the sabotage on taxi operators, who benefit most from rail disruption – an accusation denied by the Congress of Democratic Taxi Associations (Codeta).
Three people are killed in taxi-related accidents every day.

Some 8% of SA’s road facilities involved taxis in 2017. Of the 38 people who die in accidents per day on South African roads on average, three are killed in taxi related incidents, according to a report by the department of transport.

According to research by the University of Cape Town and The Global Initiative against Transnational Organised Crime, 43% of all assassinations in the country are related to the taxi industry. This is almost double those related to politics (22%) and organised crime (22%).   “Such murders are usually connected to disputes over route allocations and power struggles within the lucrative taxi associations,” the report states.   Some 500 taxi operators were assassinated in KwaZulu-Natal alone in the period between 2000 and 2017.

Taxi owners get R124,000 when they trade in their own models

The Department of Transport increased the mini-bus taxi scrapping allowance from R91,100 to R124,000 per vehicle last year.   Government introduced the scheme more than a decade ago, to encourage taxi owners to take older, unsafe vehicles off the road, and replace them with safer vehicles.    By the end of 2018, almost 73,000 taxis had been scrapped and a total amount of R4.4 billion was paid to taxi owners. 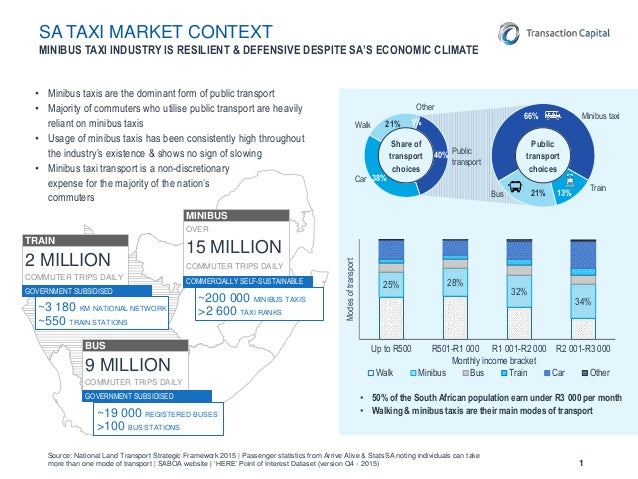 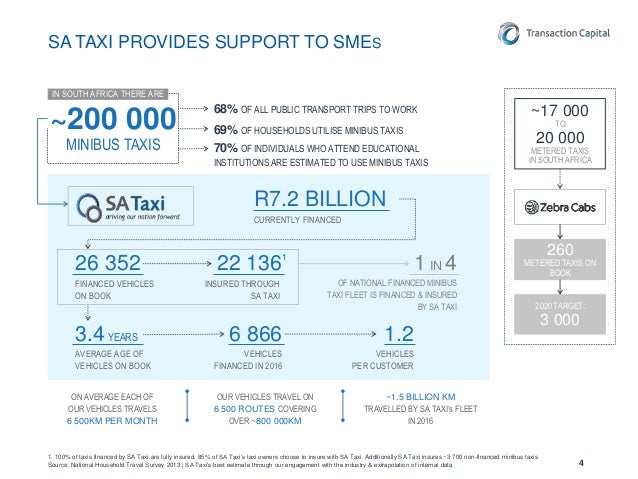 The Taxi Recapitalisation Programme should not be regarded as a quick solution. Government has recognized that the sustainability of this and other interventions do not lie ONLY in the scrapping of old taxi vehicles but should include all of the following:

The Human Sciences Research Council reported that the majority of South Africans support plans to replace the current taxi fleet with new and safe vehicles. Only 28% of commuters who regularly use the service were opposed to the recapitalisation programme. About 50% of those opposed to the recapitalisation plan did so in the belief that it would increase unemployment and result in higher crime levels.