Mike and Doug review the latest findings from the miners and show you that John F. Kennedy’s assassination and the current coronavirus wars are being waged by the same rogue faction of the military industrial complex, which is controlled by the Queen.
https://truthbits.blog/category/mike-and-doug-show/

Mike and Doug review the latest findings from the miners and show you that John F. Kennedy’s assassination and the current coronavirus wars are being waged by the same rogue faction of the military industrial complex, which is controlled by the Queen.  https://aim4truth.org/2020/04/07/kennedy-assassination-and-coronavirus/

One of the first parts of the Illuminati network that new researchers discover is the group of organizations which connect into the British-based secret society called The Round Table.

These include the Bilderberg Group, the Royal Institute of International Affairs, the Council on Foreign Relations, the Trilateral Commission, and the Club of Rome. 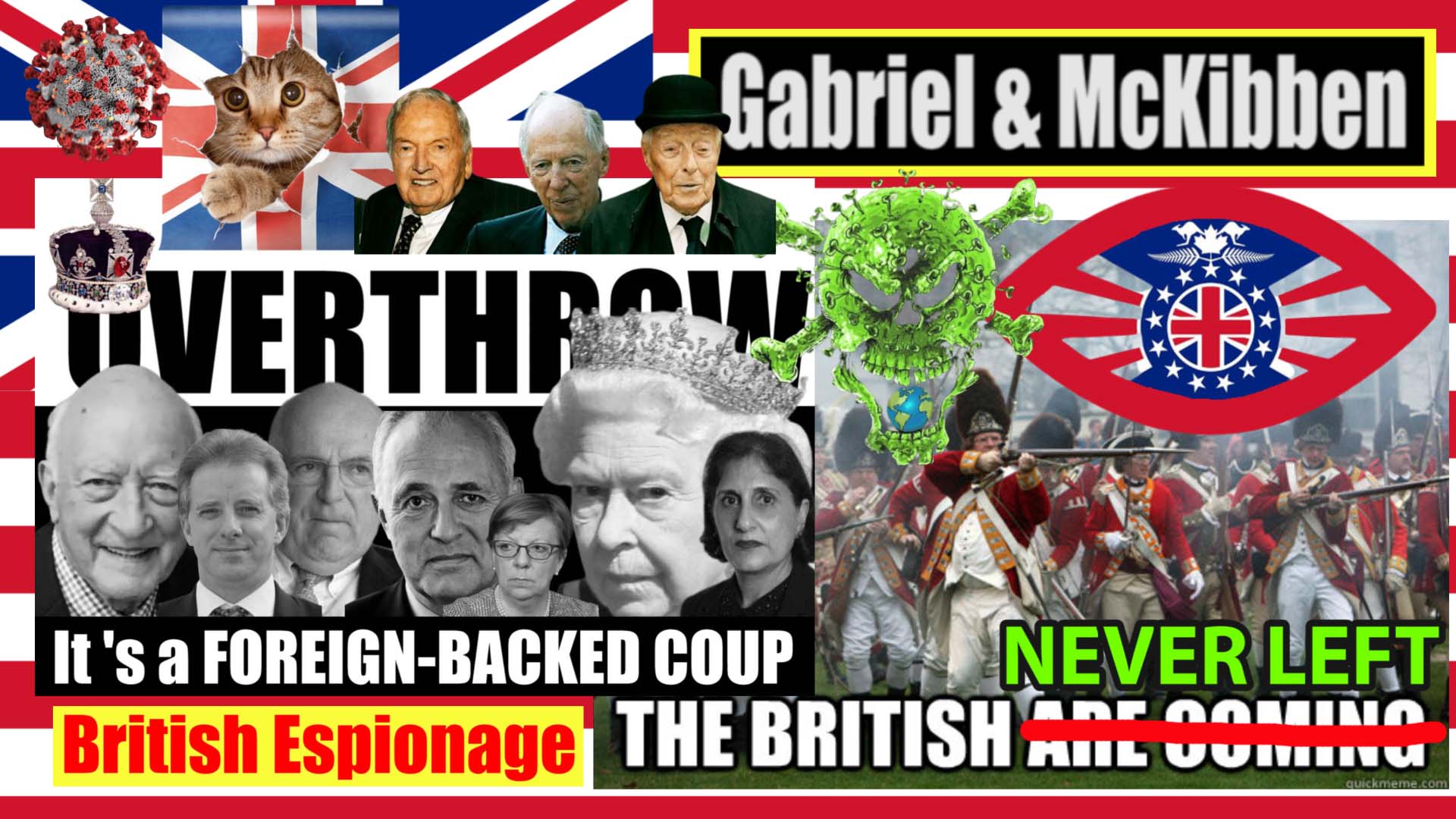 Our research has tracked the Burroughs Wellcome & Co. involvement with bogus vaccines back to their experiments on 60,000 whites and black in British concentration camps during the Second Boer War that was promoted by the disciples of Cecil Rhodes like Viscount Alfred Milner, Winston Churchill and John Buchan, among others—all founders of the Pilgrims Society in London (1902), then New York (1903).

CORONAVIRUS Traced To The British Crown [? Something To Consider]

Video said:  Douglas Gabriel and Michael McKibben CEO of Leader Technologies give an AMAZING report on how the Queen of England maintains control of the Executive Branch of the U.S. Government. This is big red pill so get a HUGE GLASS of water.

The man to save their butts if they cannot do it before reaching the high court, like Obama with Obamacare and Chief Justice Roberts

Sir David A. Walker resigned the board while Wilbur Ross was buying him out – after they had funneled Facebook IPO funds appropriately around the planet.

Ross is Commerce Secretary over the US Patent Office

CONCLUSION: Ross was placed at U.S. Commerce (!!!) to PROTECT the SERCO takeover of American patents, just like Sir Robin, Sir Geoffrey and Sir David had done as governors of the UK IP Institute in 1994.

Sir David no doubt continued to be a shareholder (via customary director stock options), therefore he maintained a “beneficial interest” requiring public disclosure.

David A. Walker. (Accessed Jun. 11, 2018). Biography. (Mixes two David Walkers, one a British banker and knight, the other an American insurance executive with ABSG Consulting Inc. Bloomberg. (Research note: Bloomberg rarely makes this mistake, therefore it must be assumed to be an intentional act to obscure the resumes of the two David Walkers. Sir David A. Walker’s association with Commerce Secretary Wilbur Ross and Sir David’s failed NBNK Investments Plc appears to be the target of the obfuscation. ) See also https://www.bloomberg.com/research/stocks/private/person.asp?personId=218273&privcapId=107566

It appears that NBNK Investments was the planet’s money laundering hub for global investment coming to and from Goldman Sachs and Facebook’s other underwriters, including the investors in NBNK, including (See below:

You can trust us with your hard earned money (NOT!!!): 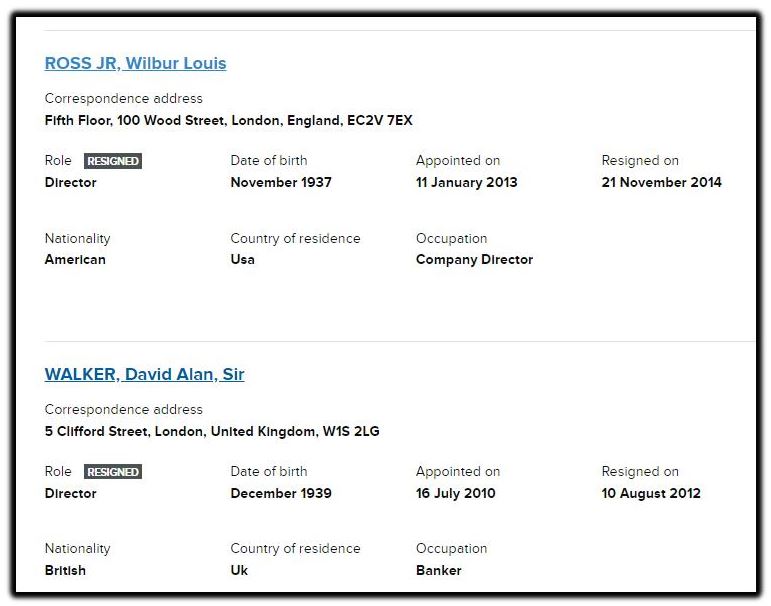 Wilbur Ross is the Queen’s man.

All the Queen’s Men

Wilbur L. Ross, Jr. was sworn in by Vice President Mike Pence as the 39th Secretary of Commerce on February 28, 2017. Secretary Ross is the principal voice of business in the Trump Administration, ensuring that U.S. entrepreneurs and businesses have the tools they need to create jobs and economic opportunity.

Named by Bloomberg Markets as one of the 50 most influential people in global finance, Secretary Ross is the only person elected to both the Private Equity Hall of Fame and the Turnaround Management Hall of Fame. He previously served as privatization adviser to New York City Mayor Rudy Giuliani and was appointed by President Bill Clinton to the board of the U.S.-Russia Investment Fund. President Kim Dae-jung awarded Secretary Ross a medal for helping South Korea during its financial crisis and, in November 2014, the Emperor of Japan awarded him the Order of the Rising Sun, Gold and Silver Star.

As a philanthropist, Secretary Ross has served as Chairman of the Japan Society, Trustee of the Brookings Institution and Chairman of its Economic Studies Council, International Counsel Member of the Musée des Arts Décoratifs in Paris, Trustee of the Blenheim Foundation, President of the American Friends of the Rene Magritte Museum in Brussels and Director of the Palm Beach Civic Association.  He also was an Advisory Board Member of Yale University School of Management.

United States Secretary of Commerce Wilbur Ross Jr. picked up the phone on a Sunday afternoon in October to discuss something deeply personal: how much money he has. A year earlier, Forbes had listed his net worth at $2.9 billion on The Forbes 400, a number Ross claimed was far too low: He maintained he was closer to $3.7 billion. Now, after examining the financial-disclosure forms he filed after his nomination to President Donald Trump’s Cabinet, which showed less than $700 million in assets, Forbes was intent on removing him entirely…..