Various countries on the continent have programmes that allow foreign citizens to invest their way to residency. So where best to buy into?   A study by the citizenship consultancy firm Henley & Partners analysed various programmes around the world, ranking them by value and quality, among other metrics. Here are the 10 European nations that performed best overall. 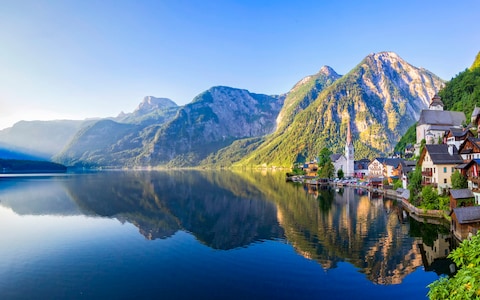 You’ll need to have plenty of spare cash to gain residency in most of these places. But these permits allow visa-free travel across the Schengen Area, which includes most EU nations.

Topping the list is Austria, which, according to Henley & Partners is “one of the most attractive countries in the world; an ideal combination of economic stability, a clean and safe environment, and an excellent infrastructure.” It offers a number of residence and citizenship permits, including a non-work related one for “persons of independent means” provided you have liquid assets worth at least €40,000 (£33,760) and a university degree.

Invest, invest, invest. Italy’s latest visa program, which launched in 2017, requires that you either put €2 million (£1.6 million) into government bonds, donate €1 million to a philanthropic cause, invest €1 million in a private limited company, or, the budget option: a €500,000 investment into an “innovative” Italian start-up.

Low tax rates (permanent residents pay just 15 per cent) and a sunny climate make Malta an attractive destination for those seeking EU citizenship. Buying a €275,000 (£232,000) property is enough to get your foot in the door. And could this country be Europe’s most underrated culinary destination? Our expert thinks so.

Easy peasy. Here, merely securing a job in Belgium can be enough to qualify for residency, thus negating the need to invest. The process is on a case-by-case basis and takes from three months to complete. Fancy a visit?

Get a job offer from a Swiss employer and you’re in, provided you can prove you are “indispensable”. Otherwise, you simply have to show that you’re financially independent with sufficient income or wealth to cover your living costs. This figure varies hugely (it’s a complex system) but you can be sure it’s high.

A country crying out for investment, Greece offers residency to anyone purchasing properties with a total value of at least €250,000 (£211,000), which can get you a nice little bolthole somewhere hot. And you don’t even need to live there full time; subletting is allowed, as are timeshares. This visa also allows the owner to establish a Greek business.

Like neighbouring Portugal, resident permits for Spain can be obtained by purchasing a house worth €500,000, which will get you a lot of bricks and mortar in some parts of the country. Alternatively, aspiring residents could opt to invest €2 million in government debt.

Property again, this time to the tune of €250,000 (plus a five per cent government fee), which should be enough to get you a temporary residence permit. Like forests? You’ll be spoiled in Latvia, nearly half of which is covered in trees.

As well as benefiting from visa-free travel across the Schengen Area, residents of Monaco are not obliged to pay income tax, capital gains tax or wealth tax. To secure residency foreigners must deposit a minimum of €500,000 into a bank account, which must stay with the bank during the residency period.

3 June 2020 – Statistics from the German government have revealed a considerable uptick in the number of foreigners who became naturalized German citizens last year.   On Wednesday, the Federal Statistical Office announced that 129,000 foreigners were granted German citizenship in 2019, 16,600 (15 percent) more than the previous year, marking the highest level of naturalization since 2003, Frankfurter Rundschau reports.

EU Member States granted citizenship to over 800 thousand persons in 2017 Moroccans, Albanians and Indians were the main recipients