Government bought 5000++ farms since 1994 that they can utilize as quarantine for those that tested positive or need some isolation – government is responsible for state and provincial hospitals, not the public or guesthouses.   Most guest houses are privately owned.   We as public can create our own isolations as well and we still do that.   Those farms are big enough to accommodate some sick people.   When the government bought those farms, they  were productive and with houses with tax money.   What happened to those more than 5000 farms ?   Most of those farms have houses.   The President and various ministers also have various farms and properties, that the government can use as quarantine or isolation for the sick people. 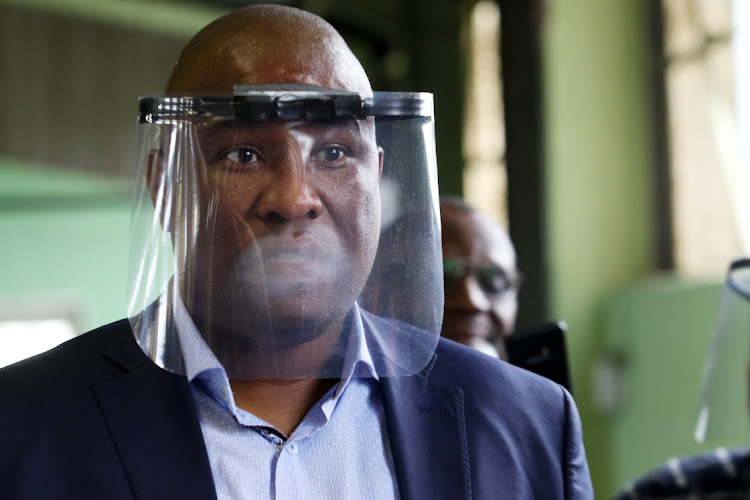 Premier Oscar Mabuyane admitted earlier in January 2020 that land is lying fallow in almost all the farms that government distributed. This, he correctly observes, is because land was given to wrong people.  Land is an emotive subject. It goes to the core of our existence not only because of it being a means of production but for us in SA it also invokes the legacy of dispossession.

In their quest to redress the historical imbalances, the post-colonial states have sadly stumbled. It is therefore refreshing to hear the province’s first citizen confirming what is in the public domain — that those who really want to work the land have not been given an opportunity. Conversely, speculators were first in the queue for the farm beneficiary programme and subsequently turned the land into “braai zones”.

Mabuyane’s statement came barely hours after President Cyril Ramaphosa said the ruling party would adopt more stringent criteria for cadre deployment. Right people with right qualifications would be appointed to government positions in an effort to create a capable state.

Could this be a week of confessions, or have our leaders decided to draw a line in the sand?  We certainly hope for the latter because similar speeches have been made before. What normally follows are a series of experiments with policies while the country slowly drifts towards the cliff.

Land reform has been the subject of passionate debate and controversy. In the case of land restitution in SA, there have been numerous complaints from claimants, who express their frustrations with the slowness of the process. And for those who finally get the money, the way it’s spent is left to individuals, hence most beneficiaries remain stuck in poverty. For those who benefit from land redistribution, there isn’t enough monitoring so some turn their pieces of land to recreational facilities.

The government must become more serious in addressing this emotive issue and we hope, Mr Premier, your colleagues in the ruling party are listening. What we have witnessed over the years is the skirting over the land question.  Currently a parliamentary committee led by Mathole Motshekga is seized with processes of amending section 25 which would allow for expropriation of land without compensation. In 2017 former president Kgalema Motlanthe led a high level panel on land, criss-crossing the country to gather information on how land reform could be carried out. This is more or less going in circles.

The big question will always be implementation. If that variable is not changed, the equation would yield the same results. The government must take the bold step of getting the right people and giving them the resources to work the land.  All those who fail within a set time must be dispossessed of that land. The country can’t afford to compromise food security because of a few lazy individuals.

Premier Oscar Mabuyane came out guns blazing accusing some bed and breakfast owners of refusing to have their establishments as quarantine sites, saying that was creating a stigma against those who had tested positive for Covid-19.

Mabuyane’s statement comes after questions were raised on whether there was no nepotism when transport MEC Weziwe Tikana-Gxothiwe’s daughter’s Kwakhanya Tikana’s Mioca Lodge was used as a quarantine facility in Cala.   A total of 14 people were under quarantine at the facility before they were moved to a local hospital on Friday after DispatchLIVE inquired.    Mabuyane called on business owners and residents in general to be patriotic as SA works towards gflattening the curve.

“We appreciate more the fact they were able to accommodate the people who needed quarantine and isolation at no cost to government until government was able to find an alternative venue for them,” he said, adding that Tikana-Gxothiwe had assured him that she did not own the lodge.   Mabuyane said they were worried that some people were refusing to accommodate people who were under quarantine or had to self-isolate.

We condemn any form of stigmatisation of the people infected by the coronavirus and we call on the people of our province to support those who test positive for this virus so that they can recover fully,” he said.

“People who are quarantined and isolated will be accommodated at decent and suitable facilities because they are humans whose human rights and dignity must be protected by all of us in government and in society.”