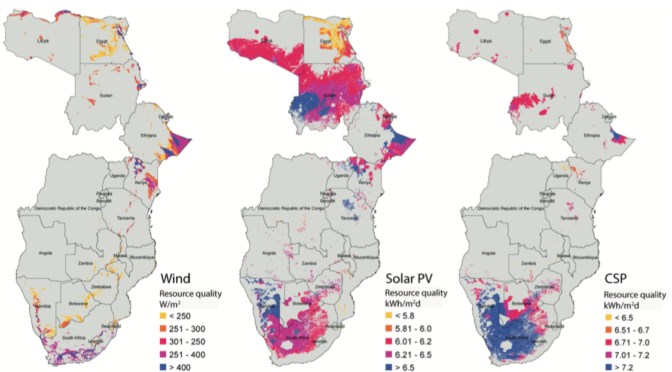 EDPR, Nordex and Vestas chose to join RES4Africa following their current commitment towards the renewAfrica initiative, seeking to create a European platform for the improvement of existing best practices that favor the development of renewable energy in Africa.

They explained they are happy to introduce this new membership category, which indicated also the strong and positive working collaboration established in these months” states Antonio Cammisecra, President of RES4Africa Foundation,   The president thanked the new members of EDPR, Nordex Group and Vestas, renewAfrica Initiative is now even better positioned to build a stronger, more complete support programme and ultimately kick-off renewable energy investments in Africa.

They were established in June 2019 in Rome, the renewAfrica initiative sees Enel Green Power and RES4Africa Foundation among its promoting members. In a mere eight months, the initiative gradually gained more traction and now counts on the support of 25 partners, representing the industry sector, as well as finance, research, university and consultancy sectors.

Many partners of the renewAfrica initiative weren’t originally part of the RES4Africa network; EDPR, Nordex and Vestas successfully interacting while participating in this endeavor is testament to the initiative’s positive impact.

In a continent like Africa, whereas to this day 600 million people still have no access to electricity, renewable sources are the most effective solution to favor the energy transition and hasten the ongoing electrification process.

REVE (Spanish initials that stand for Wind Energy and Electric Vehicle Magazine) is a bilingual news website of the sector with emphasis on electric vehicles. It is coordinated by José Santamarta, a veteran of the renewable energies sector, with the collaboration of the Spanish Wind Energy Association (AEE).   In REVE you can find the latest news not only about wind energy and other renewables in Spain, but also in over 200 countries. There are approximately 30,000 news articles in its extensive database, dating back from 2009 to today.

EDPR, Vestas and Nordex are the new partners of RES4Africa

Africa has a tremendous opportunity to develop its vast renewable energy resources so as to contribute to the continent’s resilient, prosperous and sustainable development. To accelerate the energy transition and expand energy access in the continent calls for stronger, sustained and concerted efforts between public and private actors to attract private investments and technological transfers at a much higher scale than has so far been achieved.
https://www.res4africa.org/about-res4africa-foundation/

Partners
https://www.res4africa.org/microgridacademy/
*
Spanish utility EDP Renováveis EDPR
Madrid, 01 February 2018 EDP Renewables (Euronext: EDPR), a global leader in the renewable energy sector and one of the world’s largest wind energy producers, has been named by the Top Employers Institute as one of the best companies to work for in Spain.
https://www.edpr.com/en/news/2018/02/01/edp-renewables-named-top-employer-spain-2018

German wind power tech frim Nordex Group
The development, manufacture, project management and servicing of onshore wind turbines has been the core competence and passion of the Nordex Group and its more than 6,000 employees worldwide for almost 35 years.

Danish maker of wind turbines Vestas.
For more than 40 years our efforts have been devoted to raising the profile of wind as a mainstream energy source.
https://www.vestas.com/en/about