Since mid-morning, large crowds gathered on the Muslim day of prayers as loudspeakers blasted “No, no America!” at a central square in Baghdad. A child held up a poster reading, “Death to America. Death to Israel.” But by the afternoon the rally had failed to reach the critical numbers called for by radical cleric Muqtada al-Sadr. 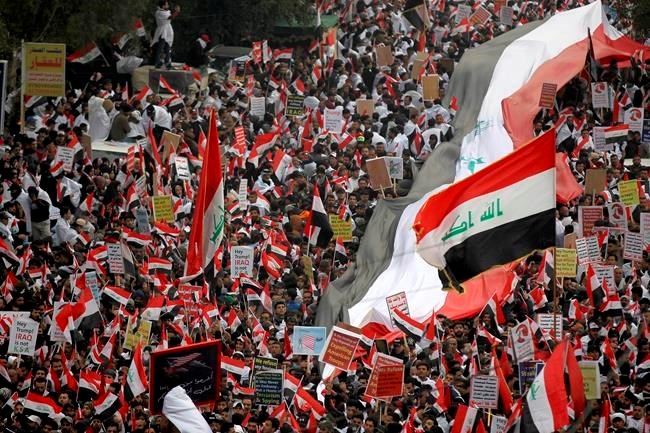 *
Since mid-morning, large crowds gathered on the Muslim day of prayers as loudspeakers blasted “No, no America!” at a central square in Baghdad. A child held up a poster reading, “Death to America. Death to Israel.” But by the afternoon the rally had failed to reach the critical numbers called for by radical cleric Muqtada al-Sadr.

‘No, no America!’ as Baghdad protesters demand US troops quit Iraq

Thousands rallied in Baghdad on 24 January 2019 to demand that American troops leave the country, though their numbers fell short of the “million-man” march called for by an influential Shiite cleric. The rally came amid heightened anti-U.S. sentiment after a U.S. drone strike earlier this month killed a top Iranian general in the Iraqi capital.

Apparently seeking to show control, al-Sadr’s supporters did not engage in altercations with security forces or target the separate, anti-government protests in  neighbouring Tahrir Square, a possibility feared by activists in the lead-up to Friday’s march. Officials and experts said the rally was the cleric’s attempt to capitalize on brewing anti-American feeling and show he had the upper-hand on the Iraqi street as negotiations among political elites over who should be the next prime minister stumble on.

According to U.S. military officials, rather than draw down, Americans have poured 20,000 additional troops in the Middle East to counter what Washington describes as an escalating threat from Iran. There are around 5,200 U.S. troops in Iraq, where they help train and assist Iraqi forces in the fight against the Islamic State group.

Iran has long sought the withdrawal of American forces from neighbouring Iraq, but the U.S. strike that killed Soleimani in Baghdad has added new impetus to the effort.

If the conditions were met, the statement said, “the resistance will temporarily stop until the last soldier leaves Iraq,” al-Sadr said, referring to American troops.

Al-Sadr, once a huge thorn in the side of the American occupation after the 2003 invasion, derives political capital from his ability to call on supporters to clog streets and paralyze all movement in Baghdad.

Friday’s rally came at a critical time as rival political blocs are jockeying over the selection of a premier to replace outgoing Adel Abdul-Mahdi. It was supported by mainstream Shiite parties, including that of al-Sadr’s political rival Hadi al-Ameri, who heads the Fatah bloc in parliament, as well as the Popular Mobilization Units, an umbrella group comprised of an array of militias, including Iran-backed groups.

“The American forces should leave,” said an 18-year-old protester, Amer Saad. “I am ready to fight against the Americans if Muqtada al-Sadr asks us.”

Police and militiamen of the Popular Mobilization Units also closed off roads leading to the protest site, in both Karada and Jadriya neighbourhoods of Baghdad. In Tahrir Square, anti-government protesters carefully eyed al-Sadr’s anti-U.S. rally but no confrontation took place. As the anti-U.S. demonstration dwindled away by the early afternoon, the anti-government protesters remained in their sit-in.

“I am not against the Sadrist movement’s demonstrations today, but if Muqtada asks for the exit of the Americans and non-intervention, he should raise the same slogan against Iranian interference, to be honest,” said one of the anti-government protesters, Yahya Mohammed.

In neighbouring Iran, Ali Shamkhani, the secretary of Iran’s Supreme National Security Council, said the Baghdad march on Friday was a “countdown” to expelling U.S. forces. “It indicated that Iraqi people are the flagship on the path of expelling the U.S. from the region,” he said.

The 3 million Iraqi demonstration in #Baghdad against the presence of US occupation troops in the country.
Mind you the western MSM put it at "hundreds".#IraqMillionManMarch pic.twitter.com/uSXj6OnG57

#Iraq has spoken: #US forces out of the country.

The largest gathering of protestors ever in #Baghdad expressing their democratic right to call for all foreign forces to leave.#USOutOfIraq pic.twitter.com/qHfTPXteT2

That’s how the anti government protestors began the morning on a bridge over the #Euphrates in #Baghdad today! pic.twitter.com/OlDUPUwmm1

Three rockets fell inside Baghdad’s Green Zone on Tuesday morning, with a couple of them hitting near the U.S. embassy in Iraq, according to multiple reports. 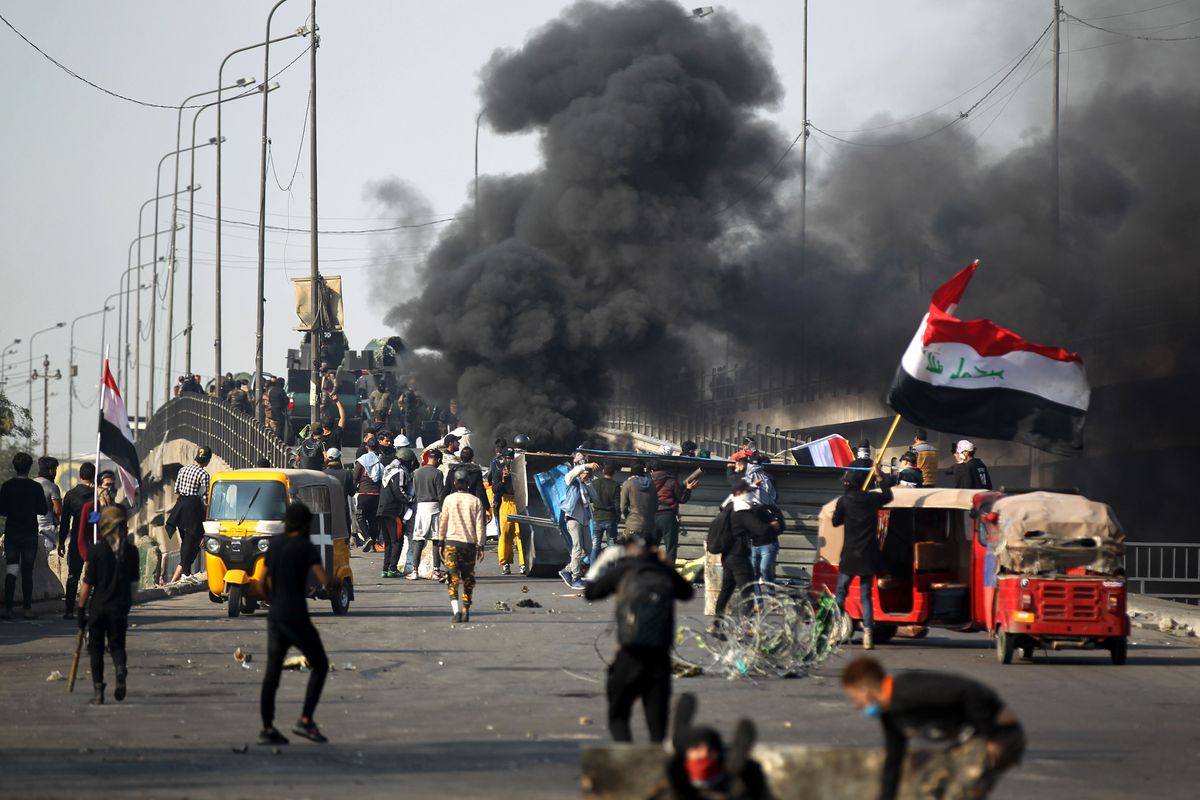 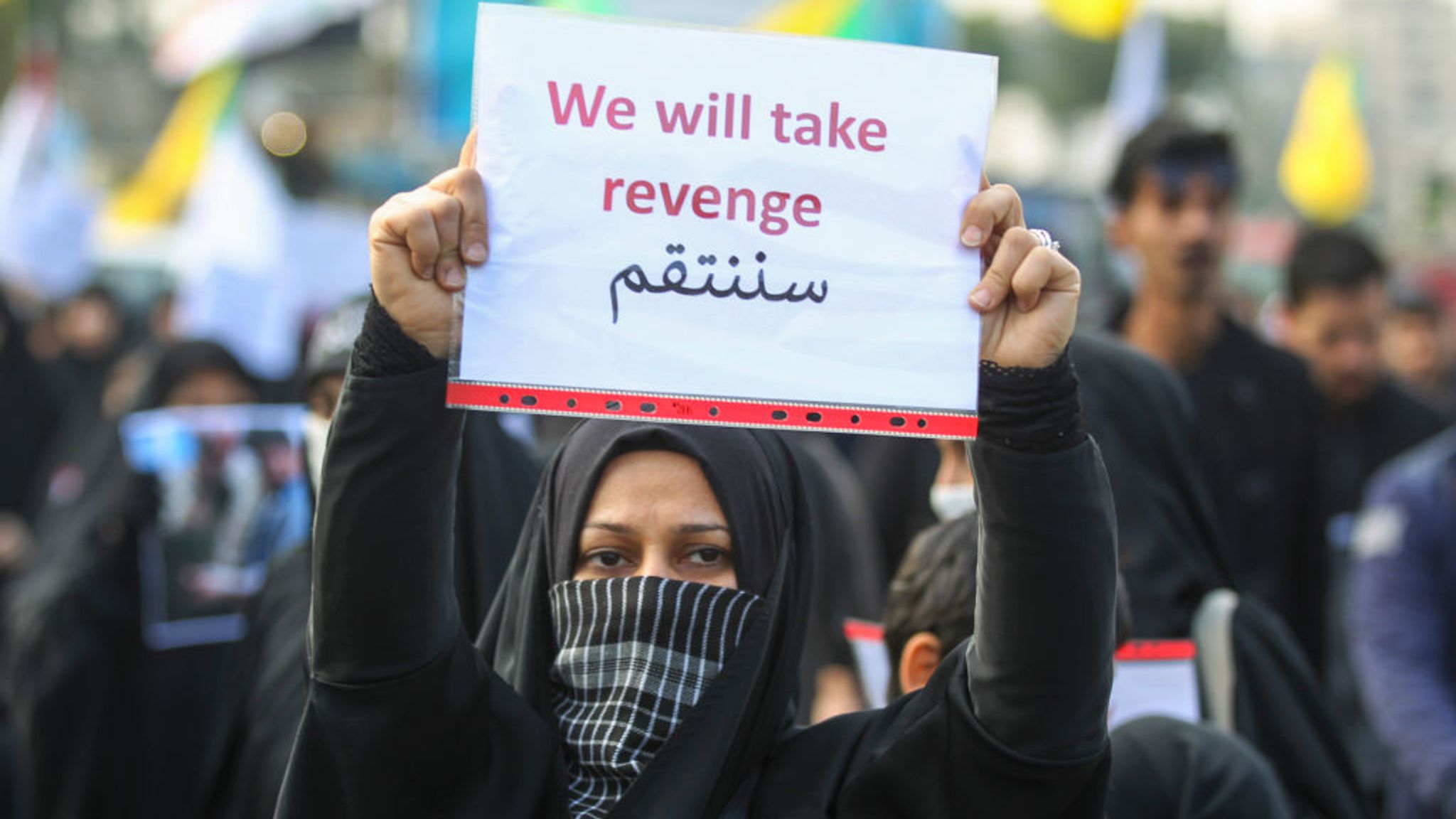 Een gedagte oor “A million’ Iraq rally against US troops”