Slicing through the mountains at the northern edge of the national park, the Tara River forms a canyon that is 1300 m deep at its peak (the Grand Canyon plummets a mere 200 m deeper). The best views are from the water, and rafting along the river is one of the country’s most popular tourist activities. If you’d rather admire the canyon from afar, head to the top of Mt Ćurevac (1625m) – although even this view is restricted by the canyon walls. 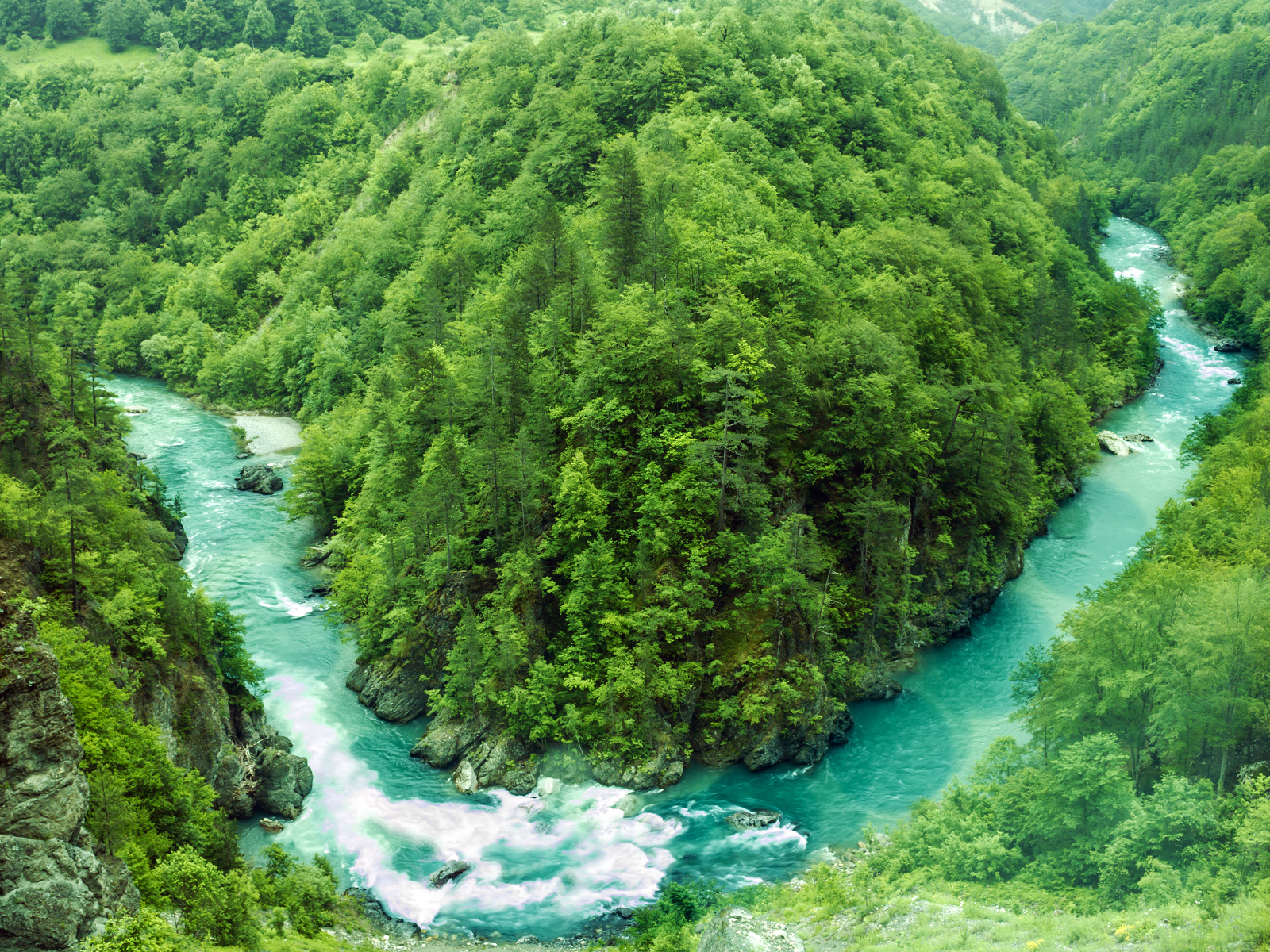 The Tara National Park is in the westernmost part of Serbia and represents a mountainous area with exceptionally important geo-eorphological, hydrographic and ecological natural values.

It is assumed that before the Slavs came to this area the first inhabitants of the Balkan peninsula were Illyrian tribes while the Romans were not particularly interested in settling this region. There are some material remains in archaeological sites dating back to this period. There are also some medieval finds from 14th and 15th centuries as well as from the period of Turkish rule.

“Our pristine nature is our wealth, and many have already noticed it. The pearl, so to speak, is rafting on the course of the Piva and – above all – in the spectacular canyon carved by the Tara river, the deepest and longest in all of Europe“. Another steaming coffee – an essential element of Balkan sociability – marks the slow, relaxed rhythm of my encounter with Slobodan Delić, director of the Piva natural park, created four years ago to protect and enhance the beauty of this still largely unspoilt region. 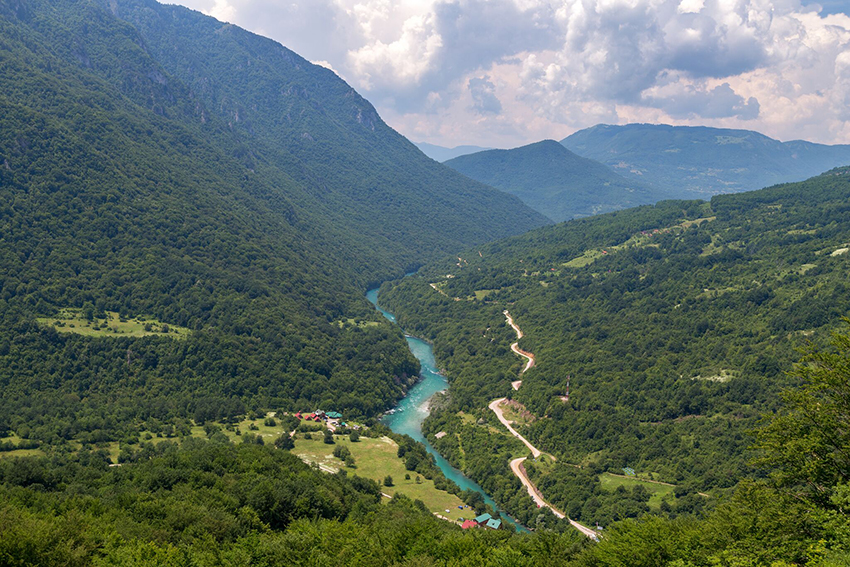 “In a word, rafting’s success was simply spectacular. ‘Discovered’ in the 1990s, this sport then literally boomed in the second half of the 2000s, to become a real brand not only for Plužine, but for all of Montenegro. Today there are at least 15 sports clubs that organise excursions on the Tara. For those looking for pure adrenaline, the best time is spring, when the river is swollen with water and roaring due to the melting of winter snows. In summer, on the other hand, the experience is quieter, ideal also for families”.

Rafting on the Tara, which can boast at least 20 rapids in the most frequented section – the 18 kilometres between Brštanovica and Šćepan Polje – is not the only attraction that Plužine can offer to those who have the curiosity to stray from the most popular routes. There are also mountain hiking, both on foot and on mountain-bike, horseback riding, visits to the church of Saint John the Baptist in Zagrađe or the amazing monastery of Piva, moved stone by stone from its original position – submerged by the waters of the lake in 1969 – and patiently rebuilt a few kilometres higher.

“A lot of tourists, including many foreigners, have already noticed that the municipality of Plužine has history and culture to offer, in addition to the incredible emotions on the waters of the Tara”, Delić tells me with undisguised pride. “Over the last few years, there has been significant growth in visits to the park: from 27,000 visitors in 2015 to over 50,000 in 2018”.

Tara River and its canyon is something unique. The canyon is the second deepest in the world (after the Colorado canyon). It is the longest river in Montenegro (150 km). The river is known as the “tear of Europe” because the water is clear and can be drunk in any part of the flow. Tara is known worldwide for active and adventurous tourism, because it is one of the best rafting rivers in the world. The famous attraction of the Tara canyon is the “Đurđevića Tara” bridge, 170 meters high, 350 m long, built in 1937.

Durmitor is a mountain and national park in Montenegro. It is believed that the name Durmitor originates from the Celtic word which means “a mountain full of water”. The landscapes of Durmitor, by their beauty and integrity, are rare and authentic work of nature, declared the National Park in 1952. Located in the northwest of Montenegro, the park includes the main Durmitor massif with the Tara, Draga and Sušica canyons and the upper part of the canyon valley of Komarnica, occupying an area of ​​39,000 ha.

Žabljak is located at 1456 m above sea level and it the highest town in the Balkans. At first, it was called Varezina voda (water), because of the strong source of drinking water, around which the settlement was formed. Later, he gets the name Hanovi or originally Anovi, where they rested commercial caravans, and after that Žabljak gets its official title in 1870. According to the tradition, the name Žabljak originates from the frogs that live in locality of Otoke, and each year they announce the coming of spring with their screaming. This small town in the north of Montenegro, located in the very center of the Durmitor mountain (the highest peak of 2,523 m – Bobotov kuk), surrounded by 23 mountain peaks of over 2200 meters and 18 lakes called ”mountain eyes” is the most desirable destination for winter tourism. The abundance of natural beauty, mountain peaks, various plants and the vicinity of the deepest canyon in Europe – the Tara canyon, attracts an increasing number of tourists during the summer, too. There are many reasons to visit this town.