New research links a rise in seismic activity in West Texas with increased oil and gas development over the past 20 years and, in particular, the past decade.   The study, published 4 November and conducted by the University of Texas (UT) as well as several other universities, leverages old, unmined data to track seismic activity near Pecos, Texas, suggesting “a causal link” in which hydraulic fracturing work and fluid waste disposal “influence subsurface pressures regionally, leading to stress changes and earthquakes,” the research says. 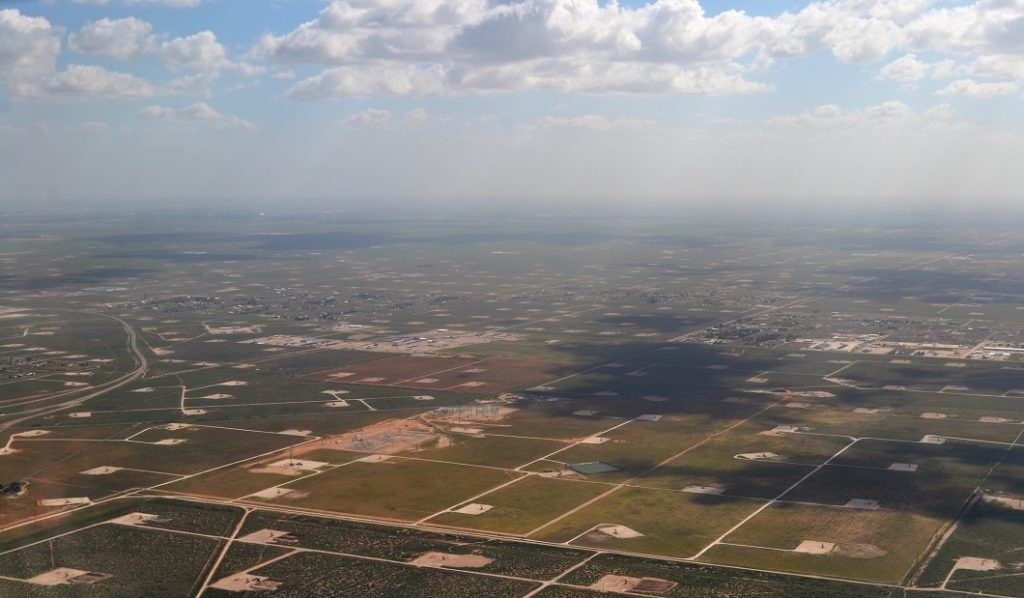 Researchers documented more than 7,000 seismic events near Pecos. Multiple events started occurring in 2009 when 19 events of at least magnitude 1 were recorded. The rate increased over time, with more than 1,600 events of magnitude 1 or greater spotted in 2017 as the industry rebounded from the commodity price downturn. However, most of the seismic events were so small that no one felt them.

Analysis of seismograms shows the 2009 events had focal depths of 4–5.2 km below sea level, within or just below strata where oil and gas are produced and wastewater is injected. The largest event was magnitude 3.7, “but the recent high activity rates suggest that greater magnitudes may be possible,” the study says.

While the statewide TexNet earthquake monitoring system provided data going back to 2017, researchers were able to find older seismic records of the area by accessing the TXAR system near Lajitas, Texas, about 150 miles to the south of Pecos.

TXAR is an array of 10 seismographs installed in the 1990s by scientists at Southern Methodist University (SMU) to help track nuclear testing across the world. SMU scientist Chris Hayward developed a method to derive the earthquake data from the international data TXAR collects and build an earthquake catalog for the Delaware Basin near Pecos from 2000 to 2017.

“West Texas now has the highest seismicity rates in the state,” said co-author and SMU Associate Professor Heather DeShon. “What remained uncertain is when the earthquakes actually started. This study addresses that.”

This study is the latest in a comprehensive effort to determine what is causing an increase in seismic activity in Texas and how upstream operations can be managed to minimize the human-induced element.

A study published earlier this year by UT and SMU indicates that wastewater injection in the Fort Worth Basin of North Texas “significantly increases the likelihood for faults to slip” if not managed properly.

“The obvious next step is exactly what the University of Texas is doing—conducting these careful studies on the relationship between earthquakes and their human and natural causes to build an integrated understanding,” said Co-author Peter Hennings, who leads CISR and is a research scientist at the UT Bureau of Economic Geology.

Researchers from SMU, Portland State University, the University of Oklahoma, and French institute IFREMER also were part of the study.

WEST TEXAS HAS BEEN HIT BY OVER 7,000 EARTHQUAKES IN THE LAST 10 YEARS

Over 7,000 earthquakes have hit West Texas since 2019, scientists have found. This represents a significant increase in earthquake activity compared with the decade before—and is potentially linked with the area being developed for oil and gas extraction “from unconventional wells,” the team says.

Research increasingly indicates earthquakes are being caused by oil and gas extraction. In 2015, Oklahoma—a state far from any tectonic plate boundaries—recorded over 800 earthquakes of magnitude 3 or above. Historically, just one to 1.5 earthquakes of this size were recorded annually. The state’s Geological Survey said it is “very likely” the uptick in earthquakes is not the result of natural processes. “The primary suspected source of triggered seismicity is…from the injection/disposal of water associated with oil and gas production,” its report said.

Researchers note that petroleum production in the West Texas portion of the Permian Basin has been increasing rapidly since 2007 and is expected to become the world’s second biggest producer (after Saudi Arabia) by 2023.