The JFK files reveal mafia plots, FBI warning on Oswald.    Some documents remain classified for security reasons, but Trump gives agencies six months to make a case for keeping them secret.     The US government released a mammoth, long-awaited trove of secret files on the killing of president John F. Kennedy, offering intriguing new insights into events surrounding one of the most infamous assassinations in history. 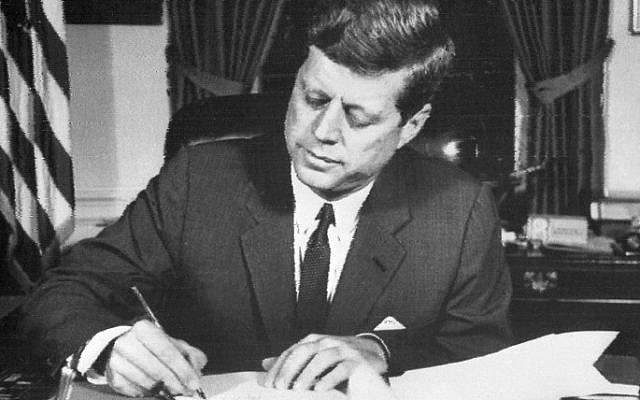 While many of the 2,891 records released by the National Archives were raw intelligence and uncorroborated, they were almost certain to reinvigorate rampant conspir

An outlandish CIA plan to recruit the mafia to kill Fidel Castro, FBI foreknowledge of the plot to murder Kennedy’s killer, and Kremlin suspicions of a homegrown rightwing conspiracy were among the highlights, even as some files were withheld for further review on national security grounds.

Caroline Kennedy on what she learned about her father and history

The CIA learned of the meeting — which occurred on September 28, 1963 — through an October 1 phone call it intercepted between Oswald and an embassy guard.   The call revealed that Oswald had met with the consul, Valeriy Vladimirovich Kostikov, whom the CIA referred to as “an identified KGB officer” who was affiliated with the KGB’s 13th Department, “responsible for sabotage and assassination.”

During the call, Oswald spoke in broken Russian, identified himself by name, and asked the guard who answered the phone if there was “anything new concerning the telegram to Washington.” According to the document describing the call, the guard checked and told Oswald that a request had been sent, but nothing had yet been received.