In 1473, when Caterina was 10, her family made a political alliance and betrothed her to Girolamo Riario, a man 20 years her senior and nephew of Pope Sixtus IV.    Lord of Imola and Forlì—a city south of Milan in Romagna—Girolamo took his child bride to live in Rome after she turned 14. The move helped consolidate their place at the center of the papal court.

The Sforza Castle in Milan – the fortress of the Duke

Explore one of the biggest military buildings in Europe

Fearless Regent and Scientist of 15th-Century Italy – Caterina Sforza, the infamous fifteenth-century Italian regent of Forlì and Imola, was also an early scientist who experimented with chemistry and medicine.   Caterina’s manuscript (there is only one copy now remaining in a private archive) contains a method for making false gold, among other chemical recipes, that was attributed to Cosimo the Elder, who had been a political ally of her grandfather.   Her Experimenti recorded 454 recipes, most for medicines, others for cosmetics or alchemical processes.

Sforza’s lifeblood for this work was her apothecary, Ludovico Albertini, to whom she owed 587 florins at the time of her death, in 1509. In later generations, she wouldn’t have had that kind of bill for ingredients. In 1545, her grandson Cosimo I, who built a foundry for experiments in Palazzo Vecchio, also established a botanical garden in Florence—the third oldest botanical garden in Italy—to grow plants and herbs for medicinal purposes.

This is the face of Caterina Sforza, painted by Sandro Botticelli. She is depicted as the Virgin Mary, the goddess Venus, & Pallus, according to the customs and traditions of the Renaissance for females of high royal rank. The music is to remind us that she was a remarkable person, a true warrior princess in defense of her land and loved ones. This beautiful young woman had to be strong, and now, because of the research of Mrs. Maike Vogt-Luerssen, scholar and author of the Renaissance, we can see and recognized her true face immortalized in great tribute in further pieces of Renaissance art! This video is inspired by Maike Vogt-Luerssen, author of the book: “Die Sforza II: Caterina Sforza – Tochter einer Krieger-Dynastie” (in German only)

Caterina was born in 1463 in Milan, an illegitimate daughter of Galeazzo Maria Sforza, who, later in her childhood, would become Duke of Milan. Despite her illegitimacy, she was brought up at the center of her father’s household, where she received an education imbued with the humanist spirit of the age.

Caterina would give birth to several children and become a powerful intermediary between Rome and Milan.   In August 1484 Pope Sixtus IV’s death caused political chaos as Italy’s families jockeyed to put one of their own on the throne of St. Peter. (Learn the meanings of different colored smoke in choosing a new pope today.)

Caterina’s husband was in a precarious position: Many factions seeking to seize his lands after his uncle’s death. Riario had been away from Rome, campaigning against these rival factions, but now he was prevented from returning to the city to shore up his position. Caterina, despite being seven months pregnant, did it for him.

A few months after her husband’s death, Caterina secretly married Giacomo Feo with whom she had a son, Bernardino Carlo. The passion she felt for the ambitious young man proved to be a weakness. She removed her eldest son, Ottaviano, from power and gave control of the state over to her husband. She also put Feo’s relatives in charge of the fortresses defending the city. Ottaviano’s supporters did not approve and hatched a successful plot to murder Caterina’s second husband in 1495. Unbowed and unbroken, the widow had his assassins and their families massacred in retaliation.
*

In 1497, at age 34, Caterina obtained permission from her uncle, Duke Ludovico Sforza, to marry Giovanni de’ Medici, a member of the powerful Florentine family. She had met him a year earlier when he came to Forlì as an ambassador from Florence. Once again, the marriage would end in death, and she would be widowed: Barely a year after Caterina gave birth to a son, Giovanni (later known as Giovanni delle Bande Nere, a famous military commander), Medici died of pneumonia in the middle of a conflict between Florence and Venice.

Son of Pope Alexander, Cesare Borgia was a powerful enemy with major forces at his command. After Imola and Forlì fell, Borgia set about besieging the Rocca di Ravaldino on December 19, 1499. Caterina personally commanded the defense with the aid of more than 1,000 soldiers. She refused one peace offer after another, even—as the legend says—at the cost of her children’s lives.   On January 12, 1500, after a hard-fought defense, Borgia’s troops took Ravaldino, and captured Caterina. Although she asked to be placed in the custody of the King of France, Louis XII, Borgia did not relinquish his prisoner and held her for two years.

After the King of France interceded on her behalf, Caterina was released in 1501 and retired to a family villa in Florence. It was there, following the death of Pope Alexander VI, that she attempted to reclaim her lands from the new pontiff, one of the great art patrons of the Renaissance, Pope Julius II. However, both the cities of Forlì and Imola objected to her return, and so she passed into the hands of a Vatican nobleman called Antonio Maria Ordelaffi.

The Siege of Forli (19 December 1499-12 January 1500) was a siege action of the Italian War of 1499-1504. Cesare Borgia’s Papal and French armies laid siege to Caterina Sforza’s fortress of Forli, and they succeeded in exploiting a tunnel beneath the defensive walls to breach the city’s defenses.

In 1499, Pope Alexander VI allied himself with King Louis XII of France in return for the King’s support in establishing the Pope’s son, Cesare Borgia, as ruler in Romagna. The House of Borgia had a score to settle with Caterina Sforza, who had resisted siege from the Borgia in 1497, and who had made multiple attempts to kill the Pope (including sending hitmen tin kill the Pope at his palace, sending her assassin Rufio and her spy Pascal to sow intrigue in Rome, and sending a plague-bearing handkerchief to the Pope, which ended up afflicting Cardinal Carlo Constanzo instead).

On 9 March 1499, the Pope reversed the investiture of the lords of the Romagna, and a French army left Milan to support Borgia’s campaign in the Romagna. Borgia and his generals Paolo and Roberto Orsini, Gian Paolo Baglioni, and Vitellozzo Vitelli were granted permission by the Pope and the Florentine diplomat Niccolo Macchiavelli to quietly march through Florentine territory at night to reach Forli, where they would meet up with French troops already in place around the city.

On 24 November 1499, the inhabitants of Caterina Sforza’s fortress of Imola opened the fortress gates to the Papal forces without resistance, and Cesare’s army was in a position to besiege “the Spider of Forli”‘s main stronghold by December. Caterina Sforza was captured during the fall of her stronghold, which was a major Papal victory.

Caterina Sforza ordered for every ounce of grain and for all poultry and livestock to be brought to the castle of Forli, planning to resist enemy siege. She also planned to have much of the forest surrounding the castle cut down, seeking to create a clear field of fire. Sforza anticipated that it would take ten days for the besiegers to arrive, but camouflaged French troops began to arrive in the forest as she made her plans to build defensive fortifications.

The tide turned when Borgia’s lieutenant Micheletto Corella informed him of an old Roman quarry that ran under the north tower of Forli, and he told Borgia to bombard the spot; the tower would fall, and a breach would open in the defenses. Borgia attempted to negotiate with Sforza, but she said that she “would never bow to the Whoremaster of Rome”.

The besiegers’ cannon proceeded to fire several volleys at the weak point, and the ignorant defenders laughed it off, thinking that the besiegers had missed the walls. However, the walls collapsed after the mine shaft began to collapse, and the besiegers charged into the city. They overwhelmed the defenders, and Cesare Borgia eventually entered the city and ordered for the fighting to stop, hoping to avoid a massacre.

Caterina Sforza threatened to hang herself rather than be captured, but an arquebusier shot the rope as she jumped, and Borgia caught her. He had her chained and sent to a palace in Rome for imprisonment, where she would later have her lips cut off. Forli’s fall was a major victory for the Papal forces, as the House of Sforza‘s power had now met its end.

The region was ceded to the Papal States by Rudolf I of Germany in 1278, but Papal control was for long nominal, with regional lords carving the region up.

In 1500, the Papal general Cesare Borgia succeeded in conquering Romagna for the House of Borgia, carving out a duchy for himself; the duchy dissolved upon his death. The region briefly gained recognition as an entity under French rule at the time of the French Revolution, but it was returned to Papal control in 1815 as a result of the Congress of Vienna. In 1860, Romagna became a region of a united Italy.

The Papal States was an independent nation led by the Pope from the city of Rome, Italy from 751 AD to 1870. Holding power over the Catholic Church, the Pope was powerful, and his city-state survived for over one thousand years. The Papal States were first established when Pepin the Short, king of the Franks, defeated the Lombards in northern Italy and gave the Pope his conquered lands.

The states would exist until around 1797, when the French of Napoleon Bonaparte conquered the region. Afterwards, papal power was confined to the immediate surroundings of Rome, which would fall to the Royal Italian Army in 1870 as the French troops protecting Rome were withdrawn to fight in the Franco-Prussian War.

The Papal States were centered on the capital of Rome, the seat of the Catholic Church. The Pope declared primacy over all Christians in 451 AD, a controversial decision that resulted in the split of Roman Catholicism and Orthodox Christianity. Led by the Pope and holding hegemony over most of Western Europe, the Papal States were flushed with riches and supported by foreign armies of pious rulers such as the King of France. They displayed their power through building large cathedrals with indulgence money, and by declaring crusades against nonbelievers.

In the Crusades (1096-1291) many peasants, afraid that they would not go to heaven, agreed to redeem themselves by fighting and killing Moors and Saracens. However, their power over the Catholic church was always made non-absolute by their rivalry with the Holy Roman Emperor, who could elect bishops to hold sway over many cities across Germany and Italy.

Their final power was broken when France occupied Rome in the 1790s.

The Papal States had allied with the Austrian Empire to oppose the French revolutionary government, which eliminated priests and declared the country nonreligious. Marshal Louis Gabriel Suchet captured Ancona and later occupied Rome itself in 1797, bringing an end to the Papal States’ army. Rome was a non-military power from then onwards, and in 1848 the French army had to reinstate the Pope after a rebellion installed the Republic of Rome. In 1870 the small French legion protecting the city left, allowing the Kingdom of Sardinia to march into the city and capture it, completing their wars of Italian Unification. From then on, only the Vatican City portion of Rome was the seat of the papacy; the rest belonged to the new kingdom of Italy. 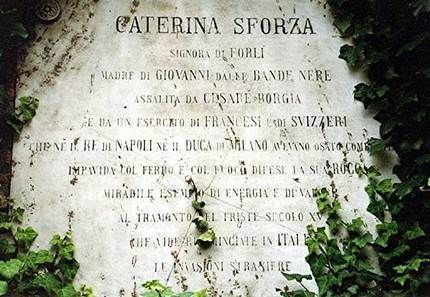