The judge declared that the bulk surveillance activities and foreign signals interception undertaken by the National Communications Centre were unlawful and invalid. After a drawn-out court battle first initiated by amaBhungane, Judge Roland Sutherland at the High Court in Johannesburg has declared the Regulation of Interception of Communications and Provision of Communication-Related Information Act (Rica) unlawful.

amaBhungane started legal proceedings in April 2017 after learning that managing partner and investigative journalist, Sam Sole, had been the target of state surveillance under Rica while investigating the decision by the National Prosecuting Authority to drop corruption charges against former President Jacob Zuma.

In April 2017, @amaBhungane filed an application in the High Court, challenging the constitutionality of the act after their journalist Sam Sole’s communications were intercepted while he was reporting on the corruption investigation against former president, Jacob Zuma.

Earlier this year, Right2Know and Privacy International argued at the High Court in Pretoria that bulk surveillance is an extraordinary violation of rights and demanded an end to the practice.

The two organisations joined amaBhungane Centre of Investigating Journalism as friends of the court to declare some sections of Rica unconstitutional and invalid. 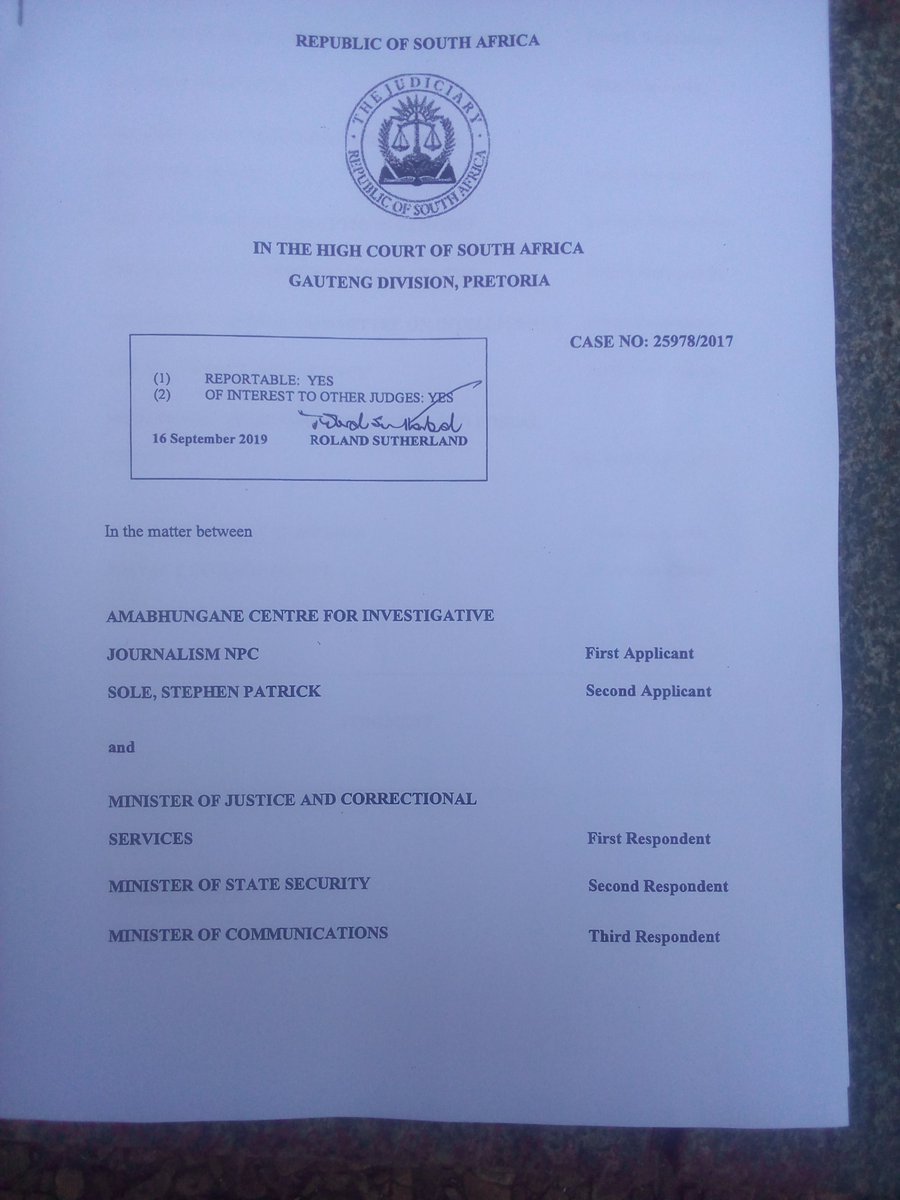 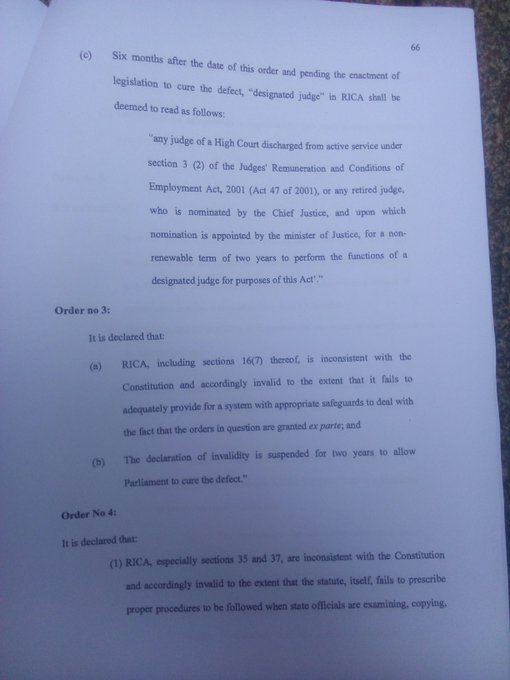 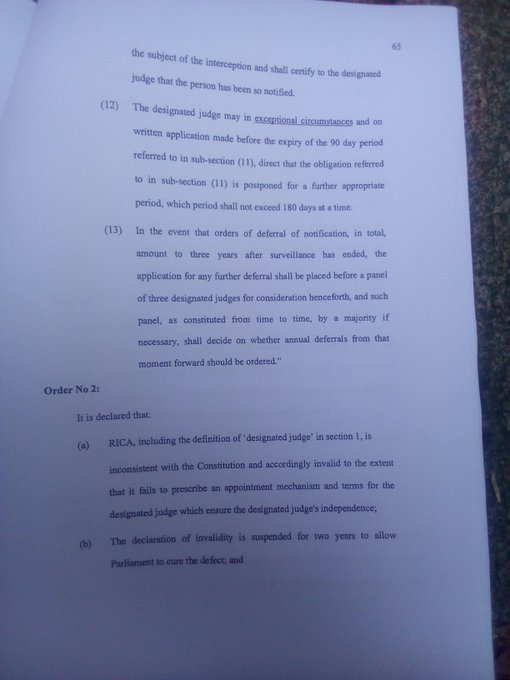 A senior counsel representing the State Security Agency (SSA), advocate Vuyani Ngalwana later countered this by arguing that journalists were not entitled to dictate how Rica should be implemented to accommodate them.

Ngalwana said journalists could not be given preferential treatment or risk national security when it came to terrorism threats.

He argued that he did not see the feasibility of post-surveillance notification, saying it served no purpose and would only compromise the intelligence agencies and national security.

“Courts are not there to dance to the tune of the media for brownie points. In any event, it is impermissible for the court to enter into the fray of powers of a legislative nature,” he said.

He said journalists should raise their concerns during public consultation periods.

“They cannot opt-out of that process and come to court and seek to force their version of what the law should say, when they are not accountable for the high crime rate, politicians are.”

In his closing statement, Ngalwana said amaBhungane should be ordered to pay costs because they knew as early as June 2017 that there was a bill in the process to amend Rica.