The islands of Malta have also been ruled by a succession of powers including the Romans, Arabs, Normans, French, and British. The culture of the country has thus been enriched over the centuries by the influence of these major global powers. Prior to its independence, Malta became a British colony in 1815. During the Second World War, the people of Malta fought alongside the Allied forces. 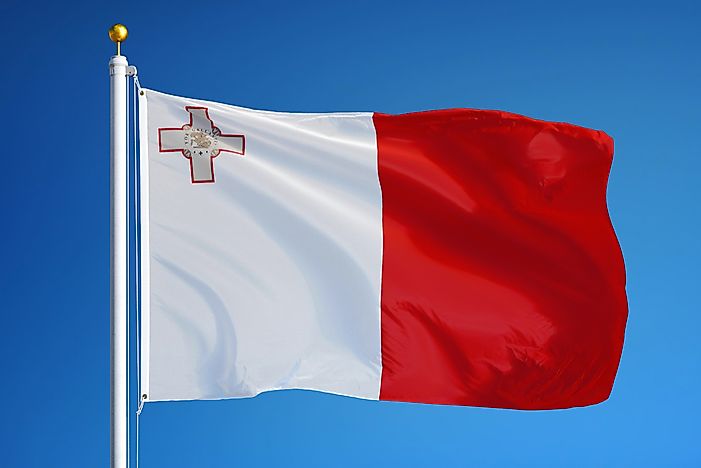 As a result, the United Kingdom awarded the country with a George Cross for bravery. In 1964, the Malta Independence Act was passed, whereby the country became independent of British rule. However, Queen Elizabeth II continued to serve as the head of state and queen of the country. Malta became a republic a decade later.

Malta lies on a large carbonate platform that stretches northwards from Africa and also comprise Sicily. Geo-wise, Malta is thus a part of Africa, and the islands are just the youngest tops of the rocks that peak above sea surface. They were deposited from the Upper Oligocene through Upper Miocene, from ca 20 to 8 million years ago.

The lithostratigraphy – geo-speak for making a system of the rock layers – on Malta has three main groups, and their development was controlled by changes in the sea level of the Mediterranean through time. Sea level, in turn, is the result of the complex interplay of how much water came through the Gibraltar strait relative to evaporation, and by sediments dumped from the erosion of landmasses lifted up when Africa collided with Europe to produce the Alps.

The lower of the three levels is the Lower Corralline limestone, made up of carbonate sand and gravel, mixed with shell fossils. The carbonate sediments were originally living organisms, such as coral reefs, shells, or as very fine-grained plankton – probably on what now is Sicily. Then, these rocks were eroded, flushed south to Malta by high-energy waves and currents, and re-deposited as sand and gravel in shallow water. Some beds in the Lower Coralline consist nearly solely of shell fossils, ground to fragments by the eternal wave movements.

The Lower Corraline limestone is hard and resistant to wear and tear, and form steep and vertical cliffs along the coast. On the coast northwest of Marsalforn on Gozo, it has beautiful crossbeds; where each bed consists of thin layers that dip in the direction of the current. It was Murphy’s Law 2.0 that I saw these beautiful features from a wet diving rib where carrying the camera would be foolish. Arrgh!

Malta: A country shaped by limestone (and a bit of very old poo) 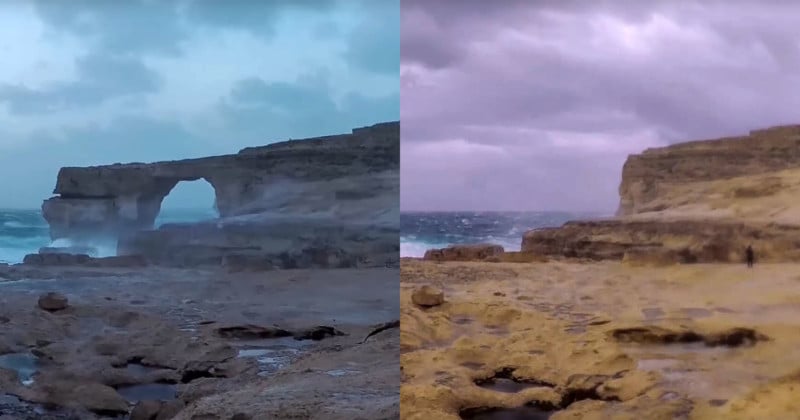 This video takes us on a journey to discover an island of contrasts and surprises: Malta. From lounging on St.Peter’s pool beach to discovering the colourful village of Marsaxlokk, mingling with the fishermen and relaxing on the traditional Luzzu boats marked by “Eye of Osiris”, there is a whole island of stunning views to wake up to. Add to that the famed old capital of Mdina, the imposing Saint John’s Co-Cathedral in Valletta, and magnificent cliffs in Gozo and it’s easy to understand why most of the people start planning their return trip to Malta before they’ve even left the island the first time.

Ggantija temple ruins on the island of Gozo, Malta, aerial photograph. The two Ggantija temples were built during the Neolithic (around 3600-2500 BC) 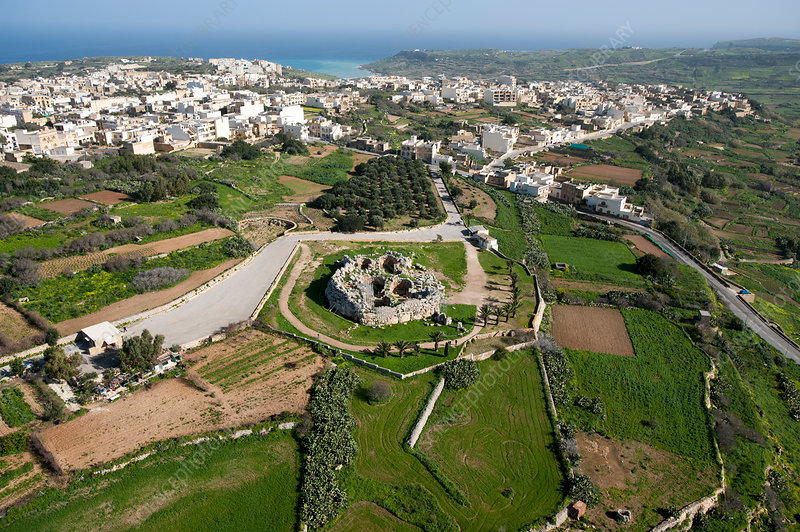 Gozo is an island in the Mediterranean Sea, one of 21 that make up the Maltese archipelago. Inhabited for thousands of years, it shows evidence of historic immigration and rule by the Phoenicians, Romans, Arabs, Sicilians, French and British, among others. It’s known for its Neolithic Ġgantija Temple ruins, rural hiking paths, beaches and scuba-diving sites.

Malta is home to over 365 chapels and churches – one for every day of the year. Some of these are recent, but the majority are at least two-hundred years old. Places of worship range from small wayside chapels, to lavish parish churches and ornate cathedrals, such as those in Valletta and Mdina. Some of these churches and chapels are very old, with several contenders for the accolade of the oldest church or chapel in Malta. The older ones often have graffiti scrawled on the outer walls, a legacy left behind from the times of the Knights, and often images of galleys were carved into the soft globigerina limestone  from which many Maltese buildings are made. 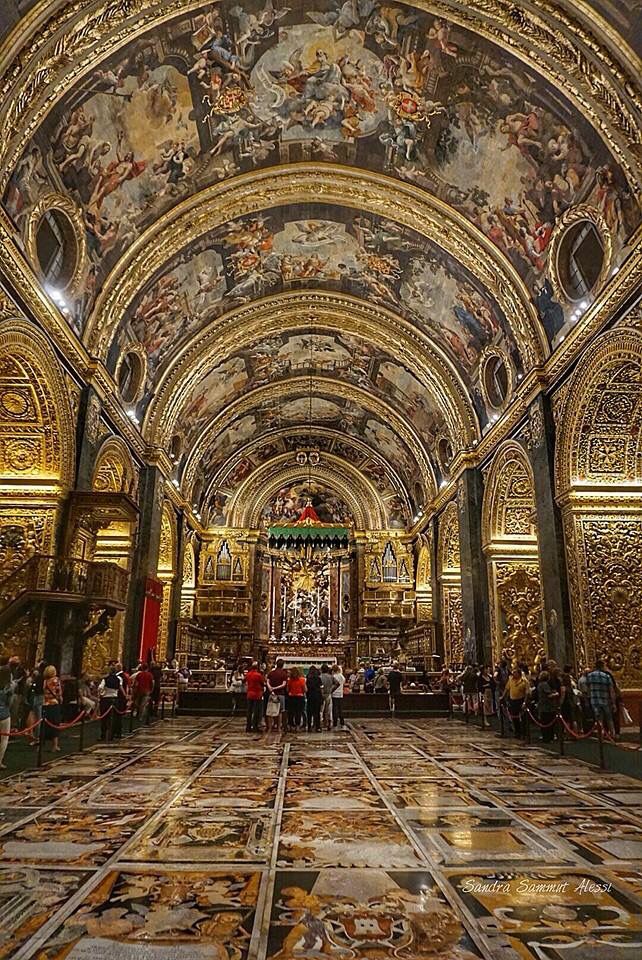 9 Of Malta’s Most Beautiful Churches

Malta, officially known as the Republic of Malta, is a Southern European island country consisting of an archipelago in the Mediterranean Sea. It lies 80 km south of Italy, 284 km east of Tunisia, and 333 km north of Libya. Malta is one of the world’s smallest and most densely populated countries, at over 316 km2 with a population of about 475,000.

Its capital is Valletta, which is the smallest national capital in the European Union by area at 0.8 km.2

Its largest town is Birkirkara, while its chief economic centre is Sliema.

The official languages are Maltese and English, with Maltese also recognised as the national language. Maltese is the only Semitic language to be officially recognised in the European Union. Italian is also spoken by most of the population.

Malta has been inhabited since approximately 5900 BC. Its location in the centre of the Mediterranean has historically given it great strategic importance as a naval base, with a succession of powers having contested and ruled the islands, including the Phoenicians, Carthaginians, Romans, Byzantines, Arabs, Normans, Sicilians, Spanish, Knights of St. John, French, and British. Most of these foreign influences have left some sort of mark on the country’s ancient culture.

Malta became a British colony in 1815, serving as a critical way station for ships and the headquarters for the British Mediterranean Fleet. It played an important role in the Allied war effort during the Second World War, and was subsequently awarded the George Cross for its bravery in the face of an Axis siege, and the George Cross appears on Malta’s national flag.

The British Parliament passed the Malta Independence Act in 1964, giving Malta independence from the United Kingdom as the State of Malta, with Queen Elizabeth II as its head of state and queen. The country became a republic in 1974.

It has been a member state of the Commonwealth of Nations and the United Nations since independence, and joined the European Union in 2004; it became part of the eurozone monetary union in 2008.

Malta has a long Christian legacy and its Archdiocese is claimed to be an apostolic see because Paul the Apostle was shipwrecked on “Melita”, according to Acts of the Apostles, which is now widely taken to be Malta. Catholicism is the official religion in Malta. Article 40 of the Constitution states that “all persons in Malta shall have full freedom of conscience and enjoy the free exercise of their respective mode of religious worship.” Malta is a popular tourist destination with its warm climate, numerous recreational areas, and architectural and historical monuments, including three UNESCO World Heritage Sites: Hypogeum of Ħal-Saflieni, Valletta, and seven megalithic temples which are some of the oldest free-standing structures in the world.